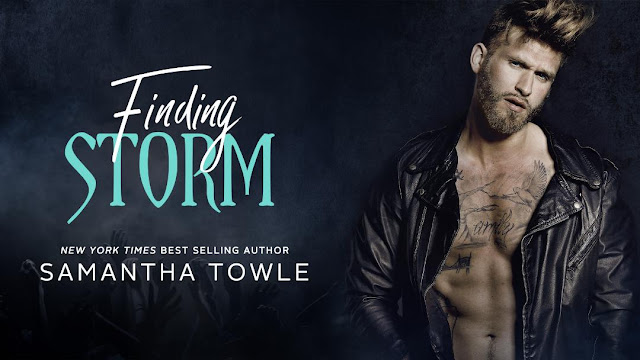 The son of an icon.

He was a legend. Rock royalty.

A man I never met.

But I’m measured against him in every aspect of my life.

The only time I feel like me … the real me … is when I’m onstage with my band. But the more

we grow in popularity, the more people compare me to him.

I’m not him. And I never will be. If only everyone could figure that out for themselves.

I need a break from it all.

Then, a confrontation has me jumping in my car, putting LA in my rearview mirror. And a

stupid mistake ends up with my car on the side of the road. And straight into the path of a

girl who is the exact opposite of everyone else in my life.

And she has no clue who I am.

Even if she did, I don’t think she’d care.

I think she’s intriguing. And hot. Let’s not forget hot.

I’m stuck in this town overnight while my car is being fixed. But I’m thinking I’m gonna stick

I’m Storm Slater, lead guitarist in Slater Raze and the only child of the late, great Jonny

Creed. But, here,right now … I’m nobody. Just a regular guy.

I’m liking it a whole lot.

And I’m liking her even more. 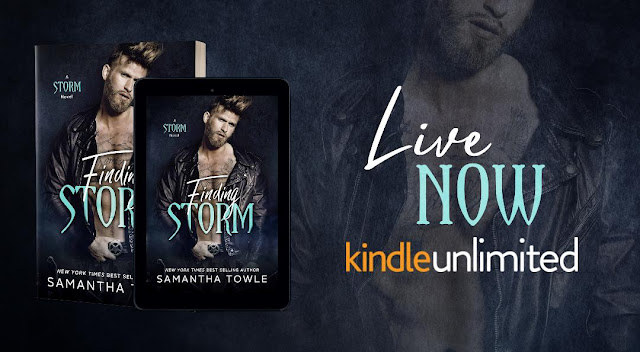 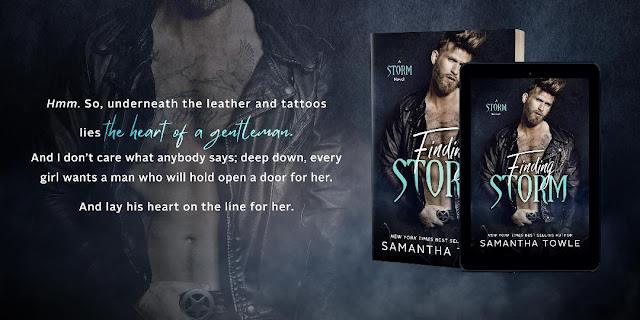 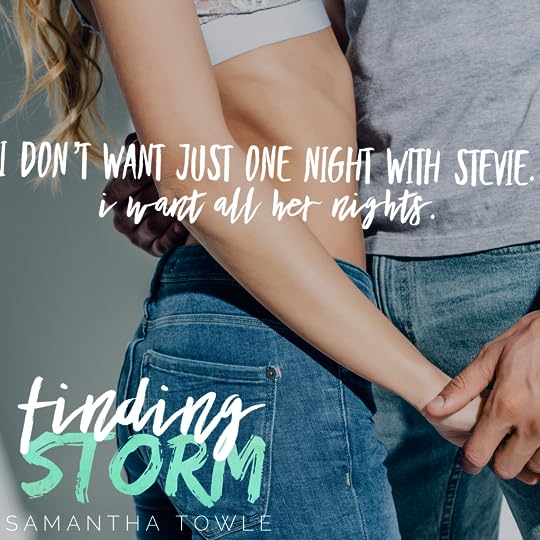 It felt great to be back into TMS world. Storm Slater is a character I’ve been curious about ever since he was introduced in the earlier books. He’s the only child of Jonny Creed and now he’s all grown up and the lead guitarist of his own band, Slater Raze.

Storm is in a popular band, has a great family and friends, but he’s bored with his life. Something is just… off. When he’s doing an interview and gets some shocking news, he takes off. He ends up driving his car across state lines and ends up in Arizona. Where his car promptly breaks down leaving him stranded.

Stevie Cavalli helps run her family’s B&B and occasionally helps out with her dad and brother’s auto shop. When they get a call for a tow, she is asked to help and goes. She sees Storm and sparks fly between them. Stevie adores 80’s music and has no clue who Storm is. She just knows he’s good looking and drives a nice car. Storm is relieved to meet someone who doesn’t know him and treats him like a normal guy. These two really hit it off.

While Storm’s car is getting fixed, he stays at the B&B. He and Stevie connect in a way he's never connected with anyone. She feels it too. Sooner or later Storm will have to get back to his life and face everything going on in LA, but for now, he’s happy to be where Stevie is.

I don’t think I’ll ever get close enough to Stevie. I want to be inside of her in every way that matters. Inside of her the way she’s inside me. She’s under my skin. It’s crazy. I’ve never felt the way I do with her or about her ever before.


My favorite thing about this book was Stevie. She was the most fun heroine I’ve read in the longest time. I got a kick out of her. I loved her relationship with her family, how she treated Storm before and after knowing who he was, and how she was genuinely and unabashedly herself. At the start I wasn't sure how I was going to feel about this book, but then Stevie showed up and from there, it was perfect. I loved Storm, too. He had a broody/damaged vibe early on, but Stevie lighted him up and was exactly the girl he needed.

This was such a sweet and romantic book. It was also fun, sexy, and made me laugh more than once. I love Samantha Towle’s writing and I can't get enough of these boys! I hope we get more books from this new band, because I definitely want to know more about Storm’s friends! 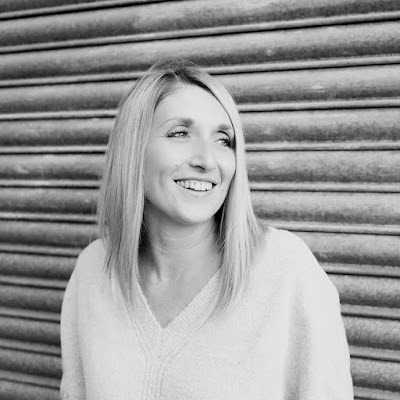 Samantha Towle is a New York Times, USA Today, and Wall Street Journal bestselling author.
A native of Hull, she lives in East Yorkshire with her husband, their son and daughter, three large furbabies and their small grumpy cat.
She is the author of contemporary romances, The Storm Series, The Revved Series, The Wardrobe Series, The Gods Series, and standalones, Trouble, When I Was Yours, The Ending I Want, Unsuitable, Under Her, River Wild, and Sacking the Quarterback which was written with James Patterson. She has also written paranormal romances, The Bringer and The Alexandra Jones Series. With over a million books sold, her titles have appeared in countless bestseller lists, and are currently translated into ten languages.

Sign up to Samantha’s newsletter for news on upcoming books
Join her reader group for daily man candy pics, exclusive teasers and general fun
Like her author page to keep in the know
Follow her on Amazon for new release alerts
Follow her on Instagram for random pics, and the occasional photo of her
Pinterest for her book boards
Also, Twitter to see the complete nonsense she posts
And lastly Bookbub, just because.

Posted by Christy Baldwin at 4:08 AM