Black Balled by Andrea Smith and Eva LeNoir and Giveaway!

Two dominant males, two worthy adversaries, in a business that takes no prisoners, will soon learn that fate refuses to be ignored . . .

My name is Troy Babilonia, but I'm best known  as Babu, a renowned literary critic with my own online column. I'm followed by thousands! I'm a living god in the literary world. I have no filter, and for that, my flock of humble followers are forever grateful. If it weren't for me, they wouldn't know what to read. I have zero tolerance for the weak-minded attention seekers, nor do I have respect for the self-proclaimed geniuses of the Indie world. My advice to all Indie authors is to never break the cardinal rule in this cut-throat business. Ever.

My name is L. Blackburn and I'm an Indie author. My extraordinary genius was loved and worshiped throughout the literary world, until one egocentric  critic tried to obliterate my career. It seems I broke some fucking "cardinal rule," and now I'm paying the price for it. But I don't plan on going down without a fight.

After all, when a predator goes after your cub, it's time to go for the throat--and maybe more...much more. 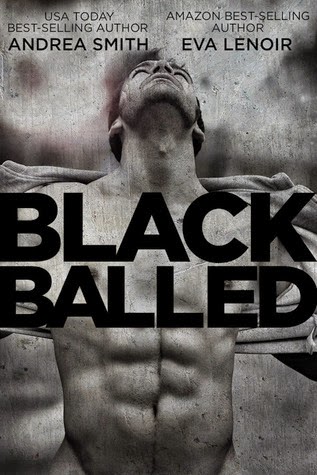 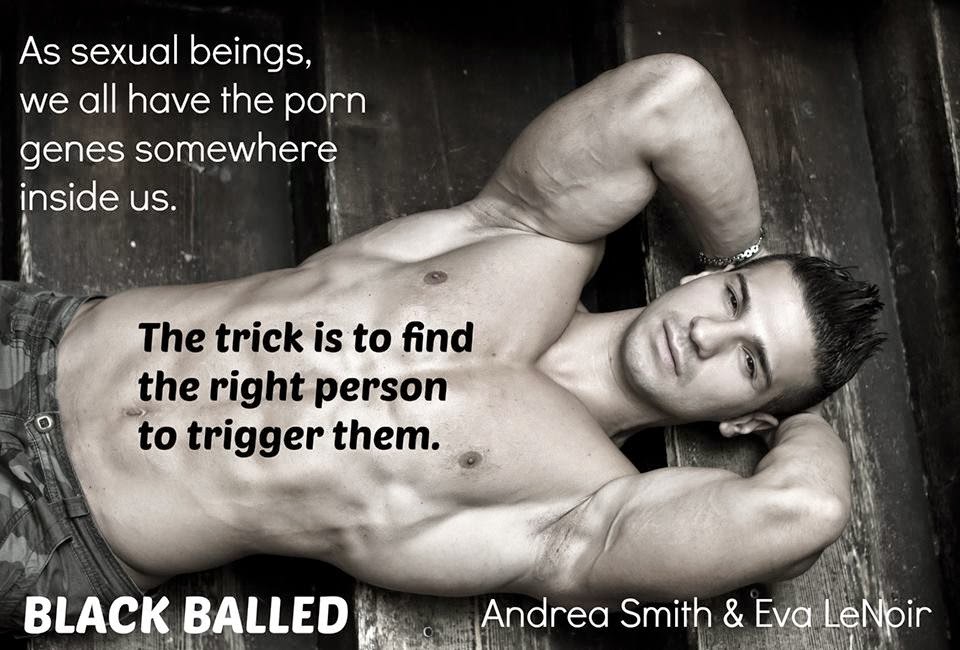 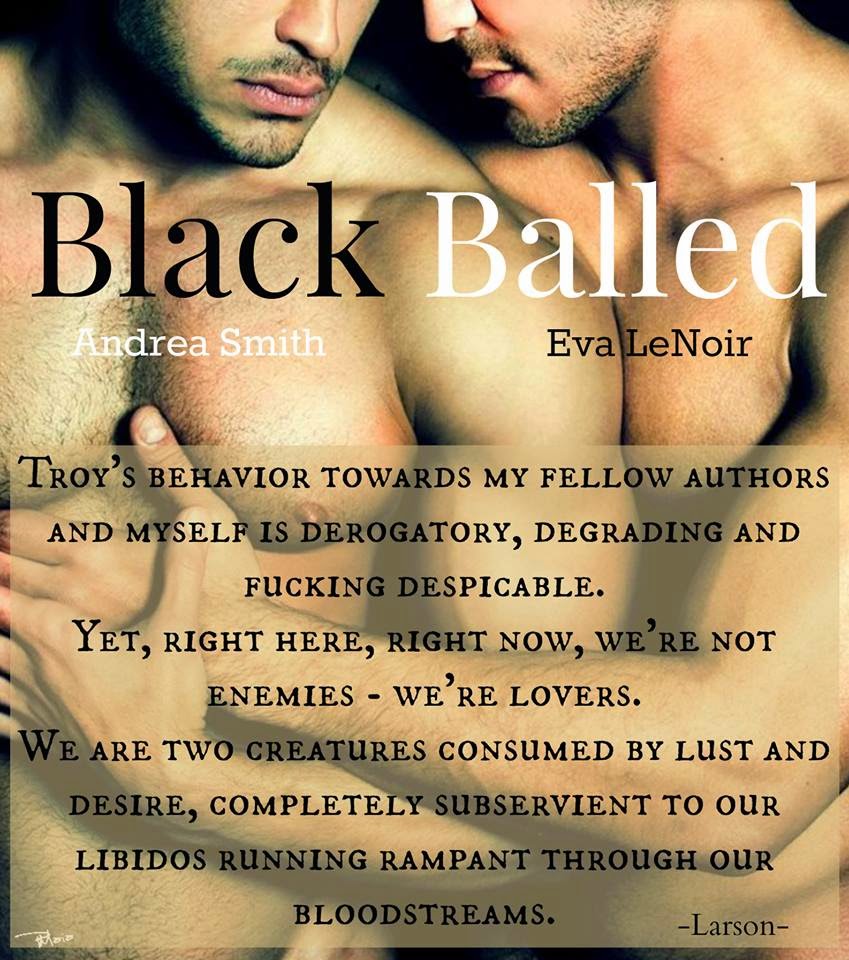 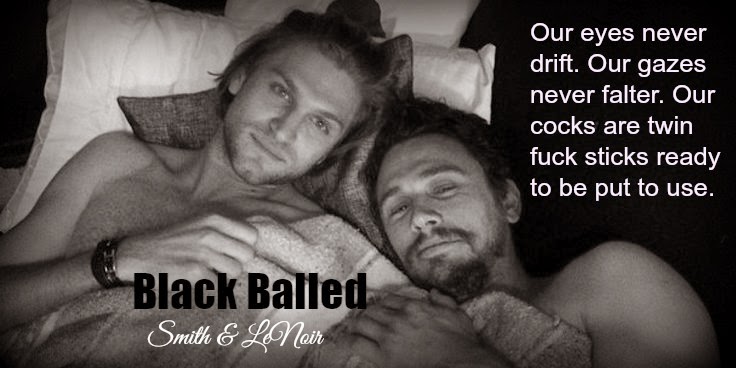 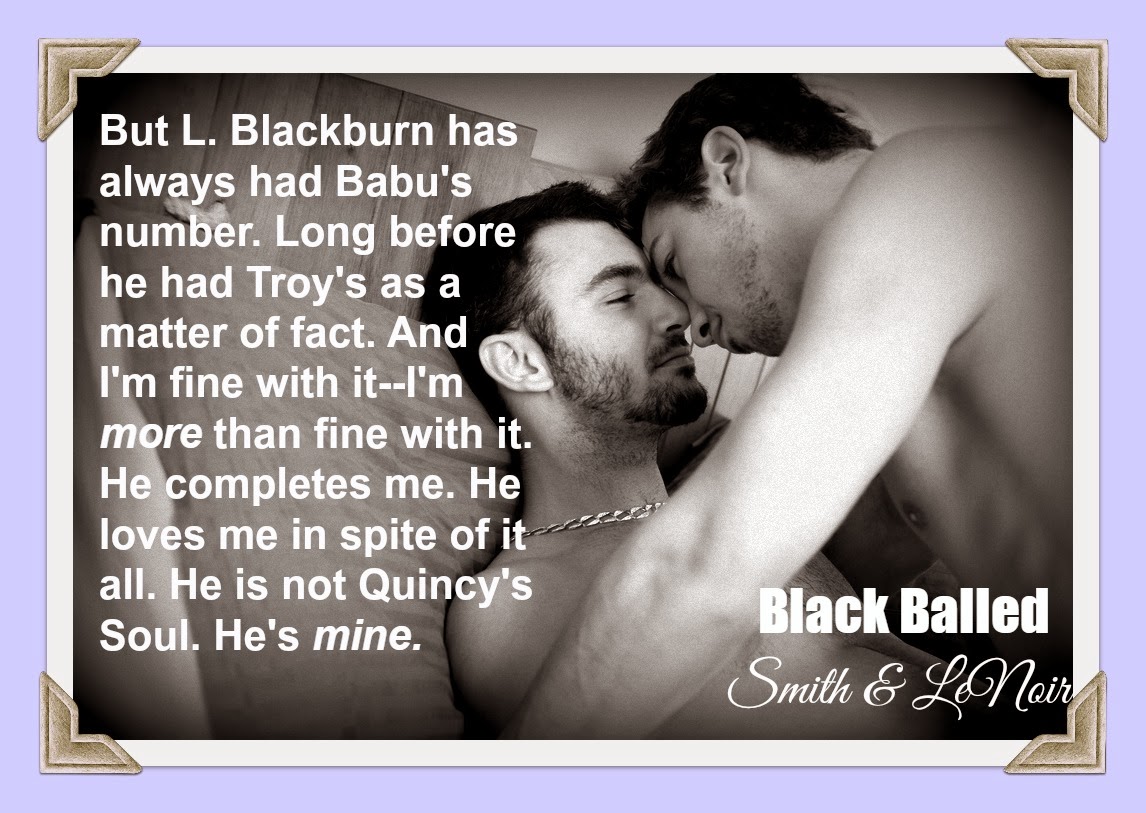 Out of the corner of my eye, I notice a couple getting a bit
frisky at one end of the bar. The woman, Marie Antoinette from what I can
decipher from my position, has her hands travelling all over what must be
Cyrano de Bergerac if the size of his nose is any indication. I chuckle to
myself, wondering if the size of his nose is any indication to the length of
his cock. I have pondered that question on many occasions and no, one does not
equate the other, unfortunately.
I perch myself on a stool at the other end of the bar from
the groping couple. I can’t hear their conversation, but my overly active
imagination is already creating their dialogue from their body language alone.
Marie A. is willing and ready to spread her legs, but Cyrano
is more annoyed than turned on. His eyes are darting from one person to the
other, his minutely trembling fingers circling his glass in an attempt to calm
his nerves, maybe? In my mind, their conversation goes something like this:
“Take me back to the
room, Cyrano.”
“Get a grip, woman,
you’re making a spectacle of yourself.”
“Fuck me, Cyrano.”
“Is this seat taken?”
Well, well, that is definitely not a voice borne from my
inner musings. “It is now, ma belle.” My French will be coming in handy
tonight. “Who do I have the honor of meeting?” The shit is just spewing from my
lips. This classically beautiful woman is not dressed in elegant clothing, but
rather is wearing trousers and a man’s coat.
“Je m’appelle George Sand, enchantee, Monseigneur le
Marquis.”
George Sand, of course. How the fuck did I miss that?
“Enchante, Mademoiselle Sand.”
Tonight, I’m taking her to my bed because any woman who
dresses up as George Sand is worth my attention.
Licking my lips at the prospect of fucking this woman, I
take her hand into my own and kiss the back all the while keeping my eyes
solely trained on hers. We spend more than an hour talking, drinking and
flirting shamelessly. George plays coy one minute and sexually cunning the
next. I’m not sure if I want to spank her or fuck her at this point. Maybe
both.
“Shall we take this party to my room, George?” I like
calling her by a man’s name. It suits my bisexual tendencies.
“I thought you’d never ask,” she answers with her light pink
lips pursing into a slight smirk.

Dr. Benedict removes his glasses, pulling a linen
handkerchief from his pocket, and gently wipes the lenses clean before putting
them back on. “It’s interesting that these last few sessions we’ve had together
seem to generate a bit of hostility you seem to have bottled up. Is there
anything new with the author you claim is cyber stalking you?”
“No, Doc, nothing new. He continues to send an occasional
suggestive email to my anonymous account like I’m interested in switching
sides,” I snap. “I’m not sure if I’m more offended by his vulgar and graphic suggestions, or the fact that
he’s obviously labeled me as ‘queer-bait’ in his depraved mind.”
“So, how have you responded to this…person?”
“Various ways, Doc.”
“Can you elaborate just a bit?”
I sigh and run a hand through my hair. “The last one he sent
was extremely vile. He suggested I wanted to deep throat his cock, and there
was some mention of my ‘tight little virgin ass’ and what he might want to do
to it. He went too far.”
“Did you respond?”
“Well, hell yeah. I mean what the fuck?”
“How did you respond?”
And now I have to own up to my own over-the-top response to
L. Blackburn’s lewd and lascivious suggestions. Shit. “I sent him a digital
picture of my virgin bung hole,” I snap. “He’s probably jacking off to it as we
speak.”
A slight smile crosses Dr. B’s lips as he shakes his head at
my reply. “Babu, I need to ask you something here, and please don’t respond
with your usual knee-jerk reaction when I do.”
I nod.
“Have you considered the possibility that you’re
homophobic?”
“Homophobic? As in I don’t like queers?”
“No. In that you have a phobia…an innate fear of
homosexuality.”
“At three hundred bucks an hour, can we cut to the chase
here, Doc?”
“What I’m saying is that homophobia is classically an
internal response to one’s questioning of his or her own sexuality. The fear of
admission for whatever reason.”
I stand up, grabbing my jacket from the back of the chair.
“You’re fucking fired.” 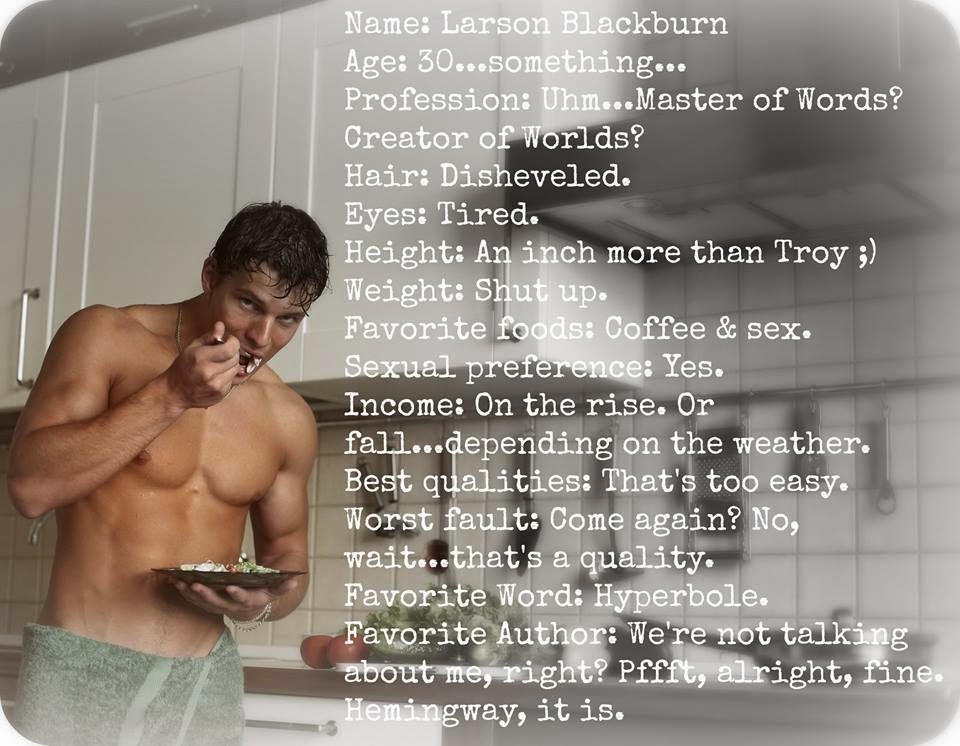 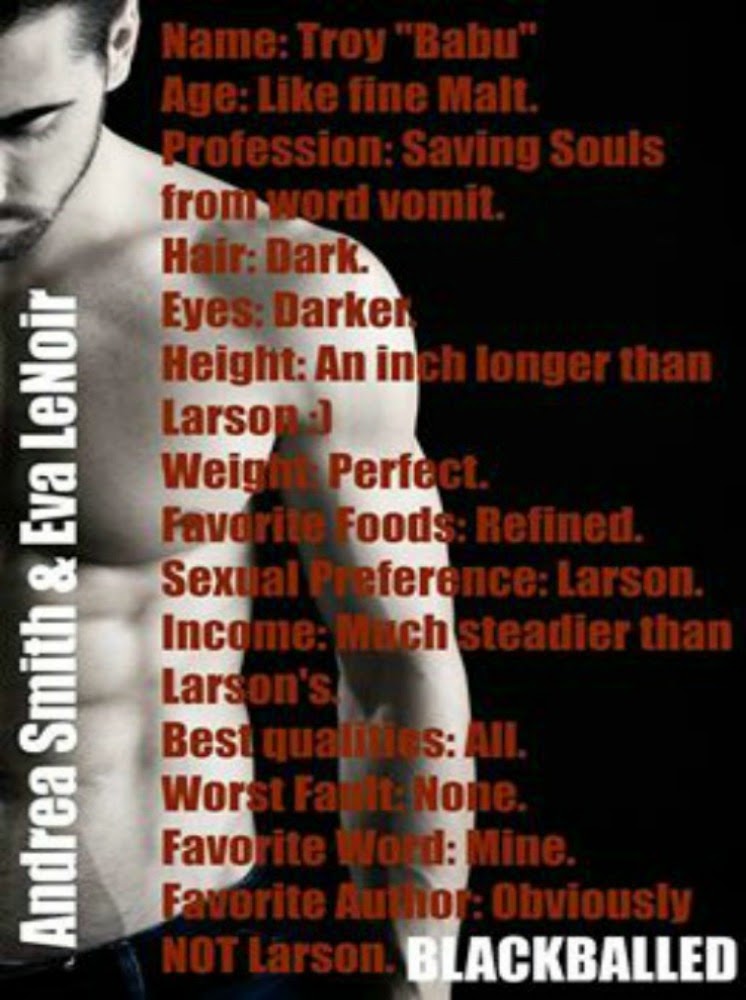 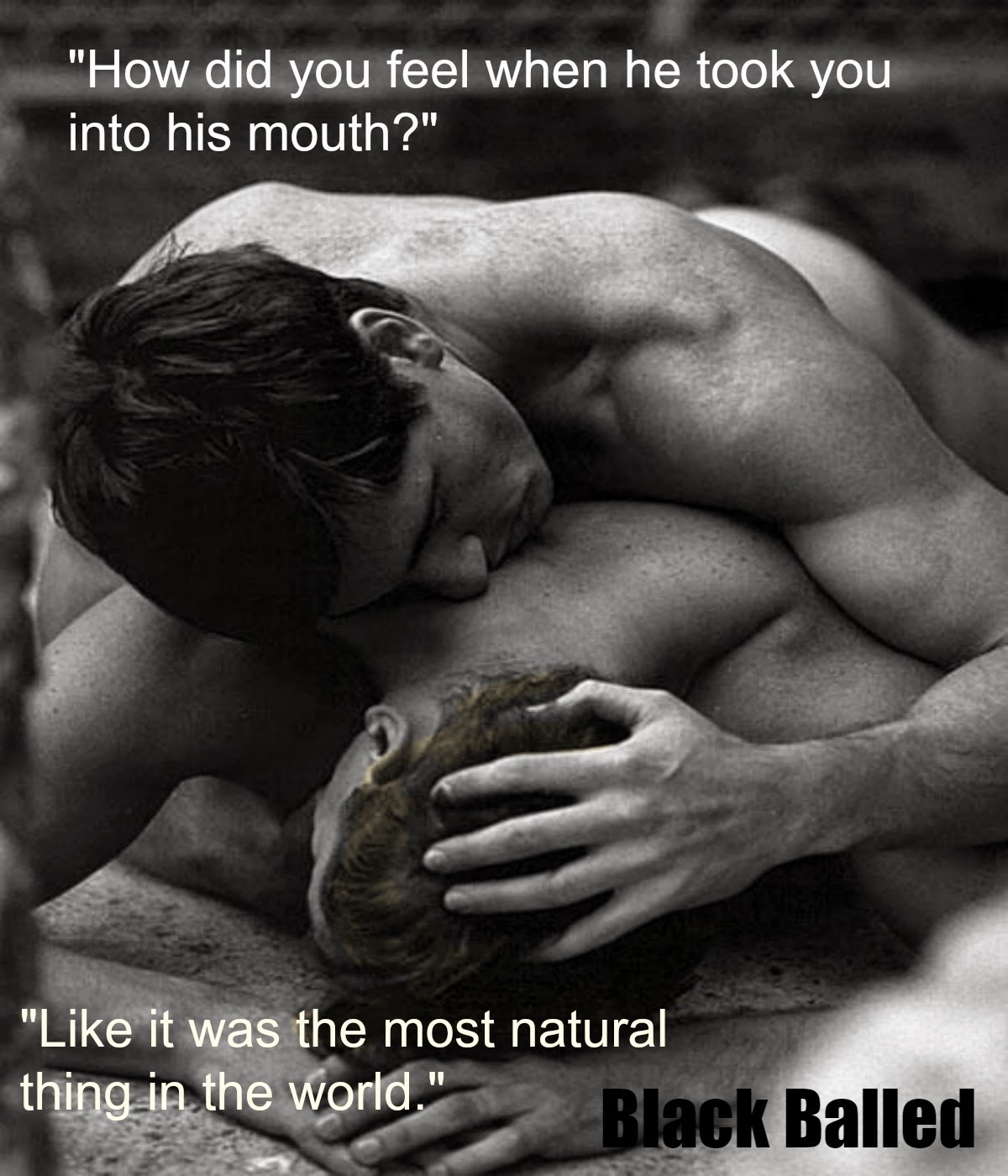 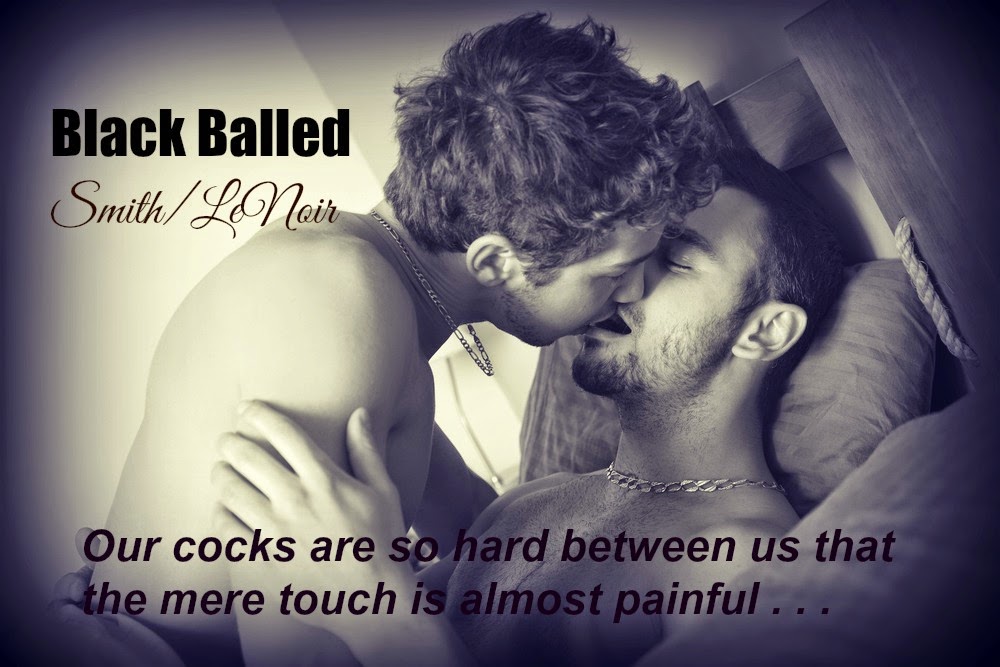 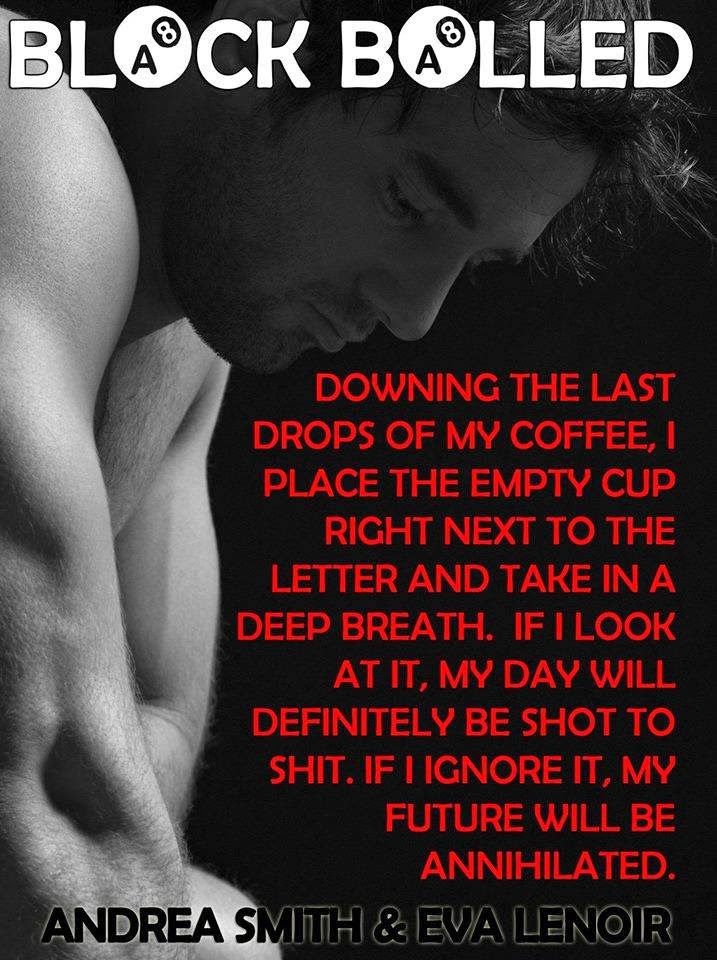 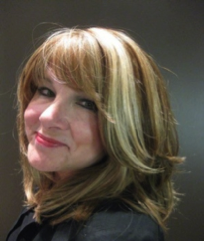 An Ohio native, currently residing in southern Ohio. The Past Tense Future Perfect trilogy is Ms. Smith's first self-published work.  Having previously been employed as an executive for a global corporation, Ms. Smith decided to leave the corporate world and pursue her life-long dream of writing fiction.

Ms. Smith's second series, The 'G-Man Series' consists of four novels and a novella. Her 'Limbo Series' is her first venture into a blend of romantic/suspense, mystery with steamy scenes and a paranormal edge. 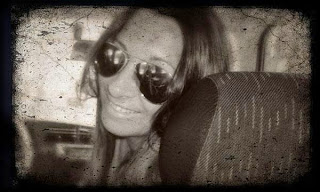 Eva LeNoir grew up travelling with her parents to various countries in the world. Reading was her constant companion during her travels and her ability to adapt to different cultures fed her mind with endless possibilities. The characters swimming in her head are always from various horizons with a multitude of dreams and aspirations. However, all of these voices always have one thing in common: The women are strong and independent. A true believer in the female cause, Eva's wish is to portray the women in her books as the leaders. She sees them walking hand in hand with their partners and not be the sheepish followers of the male gender. But most of all, Eva LeNoir wants to offer her readers a moment of pleasure as they dive into the world of her mind's creation. Email: eva.lenoir.author@gmail.com 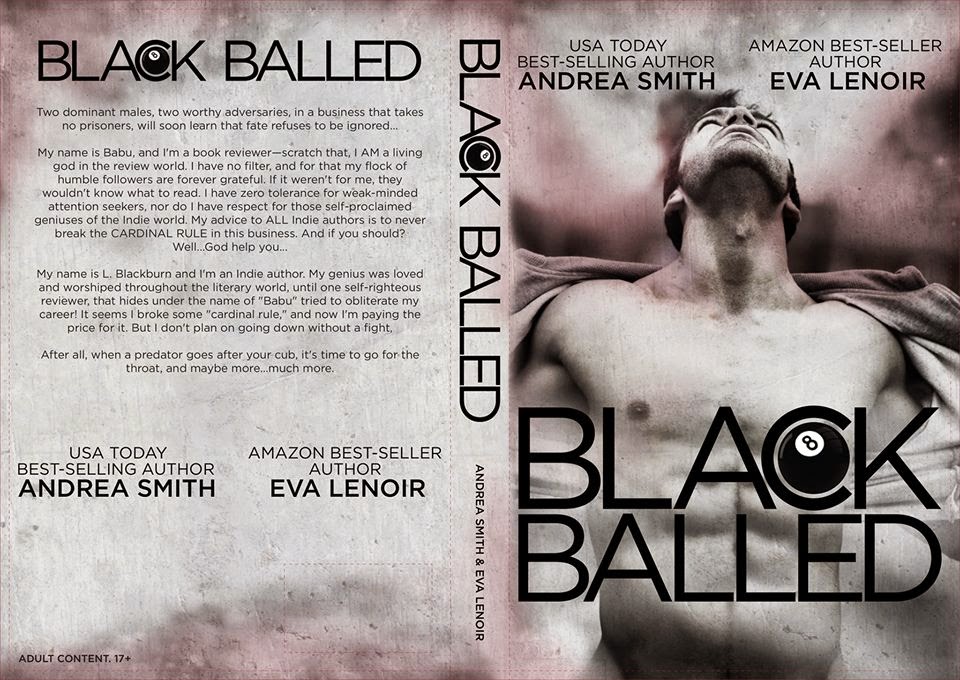 Posted by Christy Baldwin at 9:29 AM