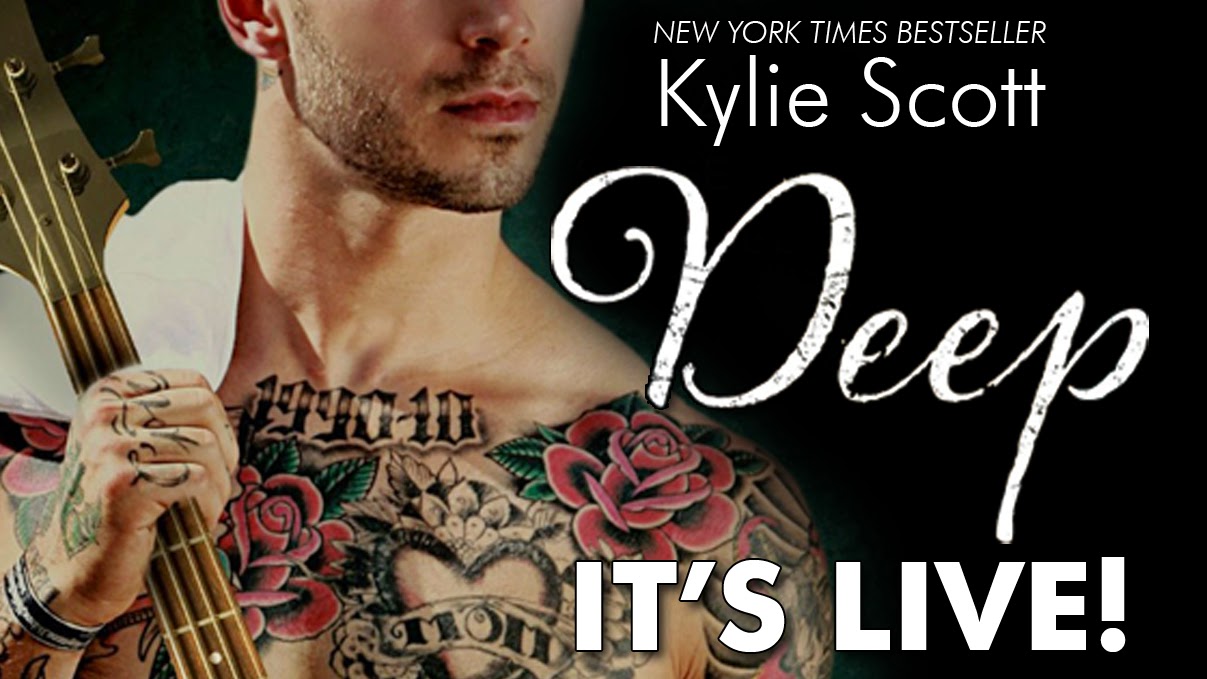 I love the Stage Dive series. I love how this band is like a family. I think Kylie’s writing is fresh and fun and I love the characters she comes up with. This is the fourth and final book of the Stage Dive series, and honestly, I’m sad to see i it end. These books make me laugh out loud, but they also have many heartwarming and steamy moments. They really are the total package.

Lizzy Rollin’s older sister is hopelessly in love with Stage Dive member Mal. So Lizzy has got to know the band pretty well. And she has fallen herself… for the sexy bearded bass player, Ben.

Ben tries to stay away from Lizzy. These two just ‘click’ but he’s been warned off. Mal is one of his best friends, and Lizzy is like a little sister to him. He can only fight her so long. One night it happens. One time. But one time is all it takes.

So thats where the story starts. Lizzy is pregnant and the baby is Ben’s. I really wish I could say that there story was sweet, romantic and easy, but it’s not. It’s complicated. It’s a rough road. Ben isn’t sure if he’s ready for all this. He’s never wanted this for his life. Lizzy isn’t sure if she’s ready either, but she doesn't’ have much of a choice.

There is a lot of push and pull between Ben and Lizzy. A lot of back and forth and I have to say there were lots and lots of moments that Ben really peeved me off. Did I love him by the end, of course I did…. but during… not so much. I wanted to, but every time I would get close to getting those feels for Ben he would do something or say something that just pushed my buttons.

But I did love the beard. I am a sucker for the beards and the tattoos and the jerky guys so…

Even though I obviously had my Ben issues, I completely and utterly ADORED Lizzy. In fact, Lizzy may be her best heroine yet. I can’t tell you how many times she made me laugh. She was understanding with Ben, but she also didn’t put up with his crap. She had a backbone and she was doing what she had to do with or without him.

Lizzy’s heart wants him, and she’s obviously crazy attracted to him. Ben is irresistible to her. You can just feel the attraction between them. No matter where they were in their story, you could always feel that connection they had.

I absolutely loved catching up with the rest of the Stage Dive crew. Jimmy is and will always be my favorite man in this series. I love him so hard… but I have to say, Mal kind of stole the show in this book. He’s up to all his crazy antics and kept me rolling with laughter. I loved how much he loves Annie (and Lizzy) and seeing him as a big brother figure was just a treat!

Deep had a bit of a forbidden love aspect, it had some drama, laughs and tears. The ending was everything I hoped for and love from a Stage Dive novel. I loved catching up with the band and really enjoyed the epilogue!

Blurb
Positive. With two little lines on a pregnancy test, everything in Lizzy Rollins' ordinary life is about to change forever. And all because of one big mistake in Vegas with Ben Nicholson, the irresistibly sexy bass player for Stage Dive. So what if Ben's the only man she's ever met who can make her feel completely safe, cherished, and out of control with desire at the same time? Lizzy knows the gorgeous rock star isn't looking for anything more permanent than a good time, no matter how much she wishes differently.

Ben knows Lizzy is off limits. Completely and utterly. She's his best friend's little sister now, and no matter how hot the chemistry is between them, no matter how sweet and sexy she is, he's not going to go there. But when Ben is forced to keep the one girl he's always had a weakness for out of trouble in Sin City, he quickly learns that what happens in Vegas, doesn't always stay there. Now he and Lizzie are connected in the deepest way possible...but will it lead to a connection of the heart? 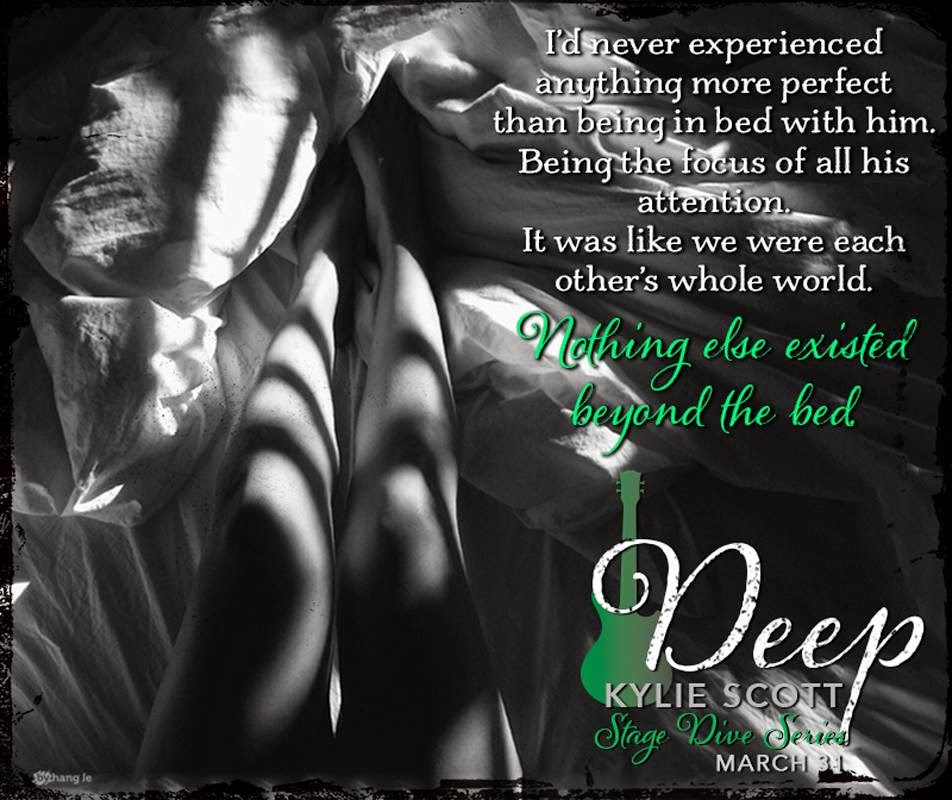 Excerpt
“Where have you been?” My sister rushed forward, catching me up in a tight hug. “I’ve been trying to call you all day. We checked everywhere and couldn’t find you.”
“Sorry. I just needed some alone time.” I squeezed her back, unable to stop from smiling. The thought of Anne turning her back on me had scared me more than I liked to admit.
“Well, I get you might want that.” She stepped back. “But you could have told someone.”
“You can’t just disappear like that.” And Ben kept right on frowning. “Shit, Liz, you’re pregnant.”
“Don’t upset her,” snapped Anne.
Ben ignored her. “I don’t know what the hell’s going on in your head. But you need to let me know where you are.”
My eyebrows went up and my mouth opened, ready to rip him a new one.
“She doesn’t answer to you. She’ll let you know if and when she decides to let you know,” said Mal, laying down the law to his bandmate before turning my way. “You will text your sister next time you decide to go wandering for a day, understood?”
My mouth, it still hung open.
“Christ, man.” Over and over, Ben’s hands rolled into tight fists before releasing again. “Can you cut the shit and get off my back for a fucking minute?”
“Don’t swear at him.” My usually sensible and staid sister poked a finger dead center in Ben’s broad chest. “You’re the one that caused this mess, thank you very much. She might still be a little young and naive, but you’re definitely old enough to know better.”
“That’s right.” Standing about as tall as a skyscraper, despite only coming up to Ben’s nose, Mal stared him down. Or up. Whatever. “This is a family matter. You can leave, thanks.” 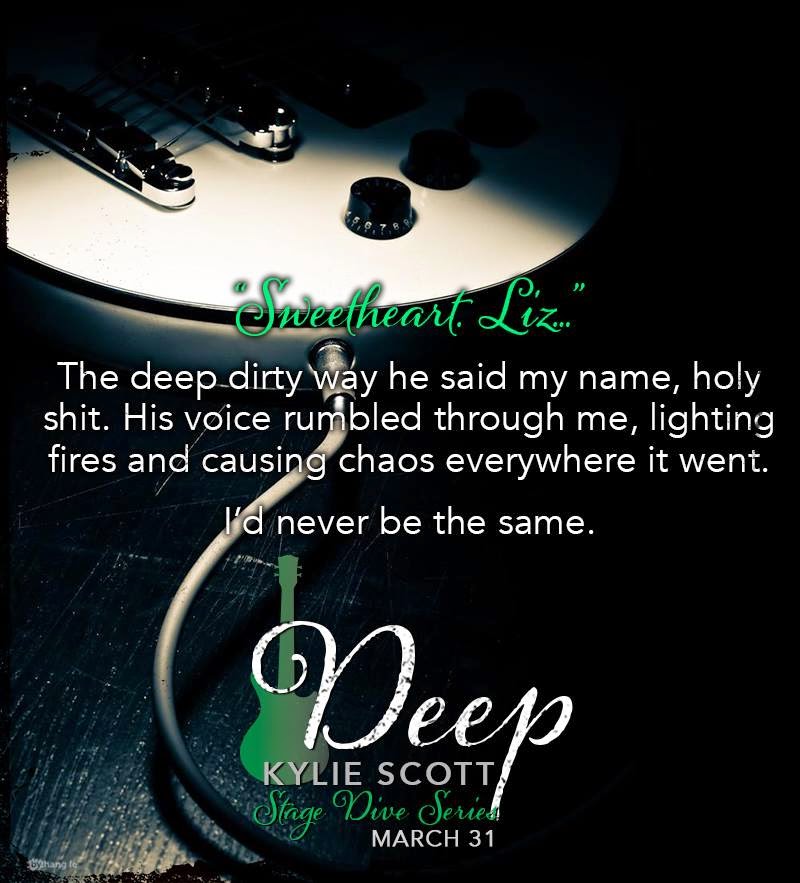 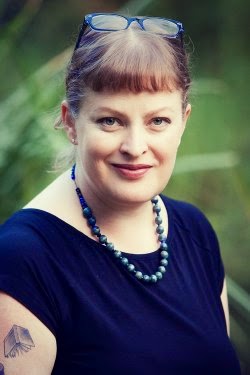 Kylie is represented by Amy Tannenbaum at the Jane Rotrosen Agency, New York.

GIVEAWAY
Win a SIGNED SET of the Stage Dive Series

Posted by Christy Baldwin at 8:26 AM