5+ stars for A Perfect Ten by Linda Kage 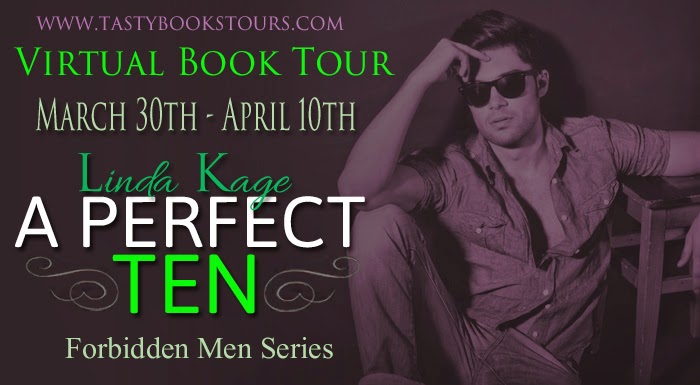 A Perfect Ten by Linda Kage
My rating: 5 of 5 stars
5 ‘Lick you later’ stars!

Linda Kage has done it again. Created a story I completely adore with a near perfect hero and heroine. When I read Be My Hero and fell so hard for Pick and his story, I didn’t think it could be done again. I mean, the same series… who can make me feel like this twice? Linda Kage can. Pick is (and will probably always be) my favorite of hers. He’s in my top 5 book boys ever. But Ten… Ten was pretty perfect. He gave him a run for his money and that’s really saying something!

So this is my Pathetic Loser’s confession: I am Oren Tenning, and I have fallen. Hard.

Oren Tenning has been tempted by Caroline Gamble from the moment he first met her. But she is 100% off limits. She is his best friends little sister and has been warned away from her more times than he can count. But Ten can’t help how he feels about her. He does his best to steer clear for Noels sake, but he still has feelings for Caroline.

These feelings are not one sided. Caroline has it bad for Ten. She has for a long time. So Caroline does what any sane and normal woman would do… she sneaks into Ten’s room in the dark and pretends to be someone else. I swear to you, this is not as creepy as it sounds. It’s actually pretty hot and comical at the same time. Ten trying to describe his night with this perfect stranger… hysterical!

“Let me get this straight. You argued with some girl and pulled her hair during sex? Wow. What are you? Five?”

“No,” I muttered, growing more irritated than ever. “I’m Ten.”

Caroline and Ten carry on these forbidden meetings for some time. No matter how much they know it’s wrong on some levels, they can’t seem to stop themselves. And these hidden hook ups quickly turn into something else. Something with more feeling. They have off the charts chemistry, but they also have real feelings for each other. They’re able to talk, to be there for one another. Ten has never had that with a  girl before.

Ten is not just the funny easy guy we’ve come to know and love. He’s a real person with real feelings and his past isn’t simple. I wasn’t sure if Ten would be able to settle down, to be serious. But he proved me way wrong.

“No one’s ever pleased me the way you please me. Every time with you is better than the last. I can’t even… God, Caroline. You own me.”

“Baby, there’s nothing he could say or do to keep me away from you.”


Forbidden love stories just happen to be a weakness of mine. Add in a sweet and snarky heroine, an over the top hilarious man-whore of a hero, and you have a perfect story. You know a book is wonderful when you get closer and closer to the end and you’re just like noooooooo I don't’ want it to be over! I didn’t want this one to end.

I loved the dual pov, all the laughs I got from Ten and Caroline. Their love story was all kinds of funny, sexy and sweet. I will never get tired of reading about this crew. Even though this could technically be read as a stand alone, you will get so much more out of it if you read the books in order and get to know the rest of the characters first. I love them all and can’t wait for Asher’s story!


I was DYING to read Ten's book. DYING. The anticipation made me a bit scared that it wouldn't live up to my expectations. But Linda Kage is amazing!!!

I LOVE Ten. Like so hard. Almost all of my highlights are Ten.

"So this is my Pathetic Loser's confession: I am Oren Tenning, and I have fallen. Hard."

If you have read all of the Forbidden Men books up to this point, you know that Ten and Caroline are...attracted to each other. What's the problem? Caroline is Noel's little sister. And Noel is Ten's best friend. And Noel warns Ten to stay away from Caroline every chance he gets.

So Caroline takes an opportunity to be with Ten...anonymously. How does one do this, you ask? Well, you'll just have to read the book. But just one time is not enough....for either of them.

Things I loved about this book:
- Ten. He's hilarious, sexy, sweet, caring and is trying reeallly hard to be a loyal friend to Noel. But he falls hard for Caroline. He has been through some hard times in life and learning about his past made me love him even more.
- Caroline. She's an awesome match for Ten.
"I was Caroline. Hear me roar.
She, too, has been through some hard times in life. She's grateful to Noel for all he has done for her...but he has made it clear that he will never approve of her to be with Ten. And it is hard not to resent him for that.
- No insta love. They try to fight it.
But they FAIL! And I love that part too!
- The writing - it's so easy for me to read. I have a total author crush on Linda Kage!!
- Secondary characters - we get a ton of Quinn & Zoey in this book and the Gambles too. I love this entire group of characters so much!

Things I didn't like - Noel!!!! I never thought I would say this. But MAN! I wanted to knock him over the head with some of the things he said to Ten & Caroline. He was being so stubborn that he couldn't see the truth right in front of him. Sheesh.

And let me just say - there were some .... unexpected events at the end of the book - the last 10% almost killed me. But I knew Linda wouldn't give Ten & Caroline anything less than an awesome ending.

Bottom line: read this book. If you haven't read the whole series, start at the beginning.

I know I've closed myself off in a major way in the past year, ever since “the incident” where I messed up my life completely. It's past time I try to live again or just give up completely. But this is quite possibly the craziest thing I've ever done. In a last ditch effort to invigorate myself, I'm standing outside Oren Tenning's bedroom, I just peeled off the sexiest pair of underwear I own, and my hand is already raised to knock. My brother would disown me for doing anything with his best friend, and he'd probably kill Oren. But if I play my cards right, no one will ever know about this. Not even Ten.

Maybe after tonight, I’ll finally get over this stupid, irrational crush I hate having on the biggest jerk I’ve ever met. Or maybe I’ll just end up falling for him even harder. Maybe I’ll discover there’s so much more to my crude, carefree hunk than meets the eye. 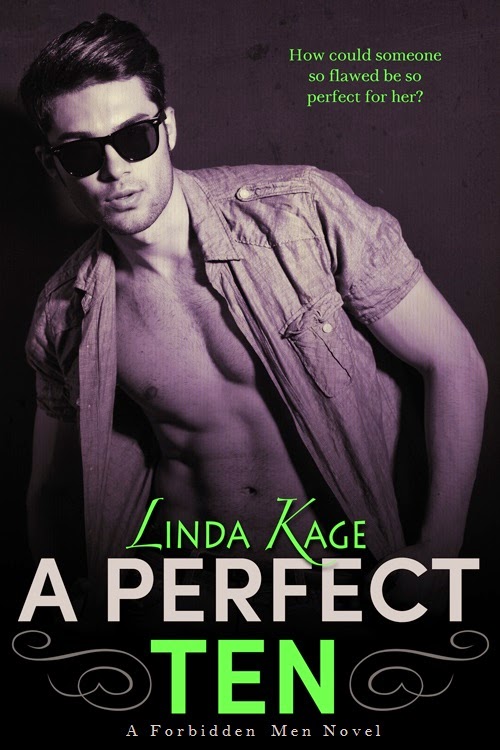 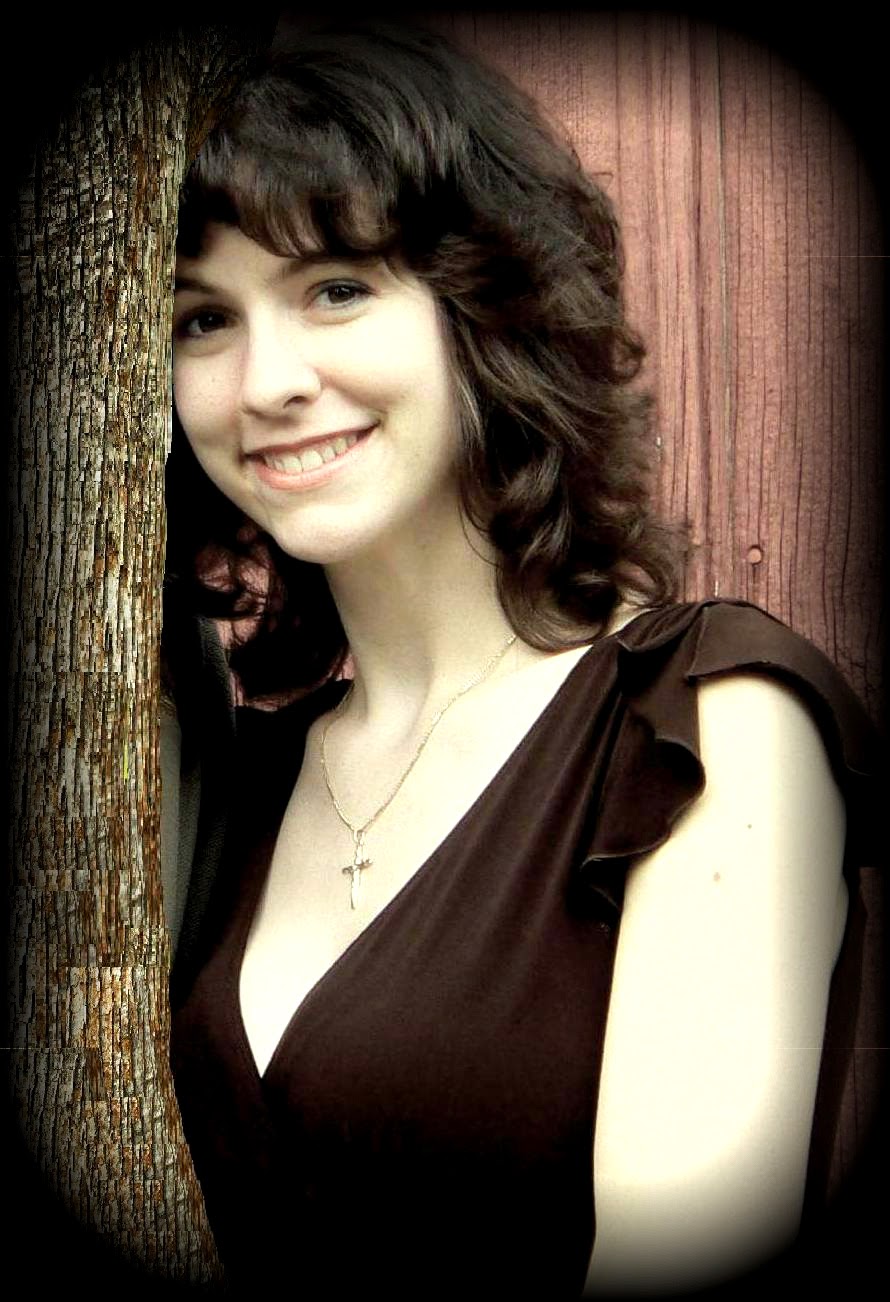 Linda grew up on a dairy farm in the Midwest as the youngest of eight children. Now she lives in Kansas with her husband, daughter, and nine cuckoo clocks. Her life's been blessed with lots of people to learn from and love. Writing's always been a major part of her world, and she is so happy to finally share some of her stories with other romance lovers.