Meet Jax and Ellie in this instalove, alpha romance!
Until Jax is LIVE!  #Boom
Now Available at the following retailers: 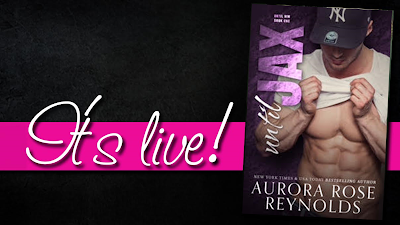 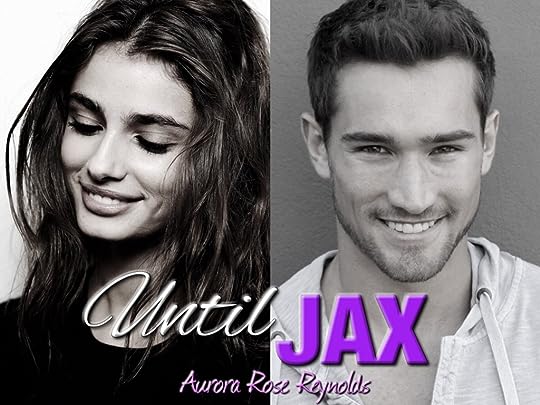 Out of all the spin-offs ARR is doing with her ‘Until’ books, Until Jax was the one I was most excited to read. Why? Because it’s JAX! Jax is Lilly and Cash’s son and their book has always been my favorite. Lets be real though, I love every ‘Until’ book written by Aurora Rose Reynolds. I just can’t help it I LOVE that fucking BOOM! Yes it’s insta-love always. I don’t even care. I love these books. These Mayson boys are in charge and when they fall hard and get their BOOM, they claim their women.

“She’s your Boom.
She’s your forever.
Nothing will change that.” 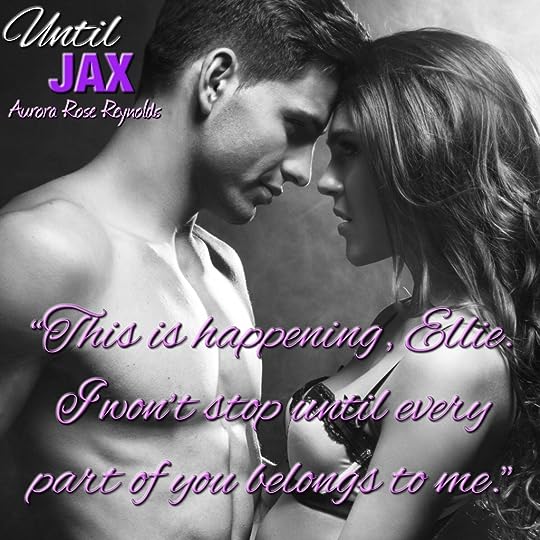 Ellie Anthony has been through a lot. Now she and her daughter have a chance for a fresh start in a new place. She takes it. When Jax Mayson first sees Ellie, he knows it, he feels it. She’s his BOOM. He falls for her and her daughter fast. He just has to convince her to give him a chance. Ellie isn’t in a place where she wants to date etc, but Jax is pretty confident he can change her mind…

I loved Jax and Ellie together. They had off the charts chemistry. Ellie was hesitant but not too stubborn, just the right amount. Jax was the right amount of pushy to get her to open up to him. I especially loved them both with Hope. I’m a sucker for kids in books and she was just a sweetheart. When she called him ‘Daddy Ax’ I melted! Adorable.

If you’re looking for a sweet, sexy and fun book that is an easy read and will leave a huge smile on your face, pick up Until Jax. Technically this could be read as a stand-alone, but you’ll enjoy it much more if you’ve read the others. Specifically Until Lilly and Until July 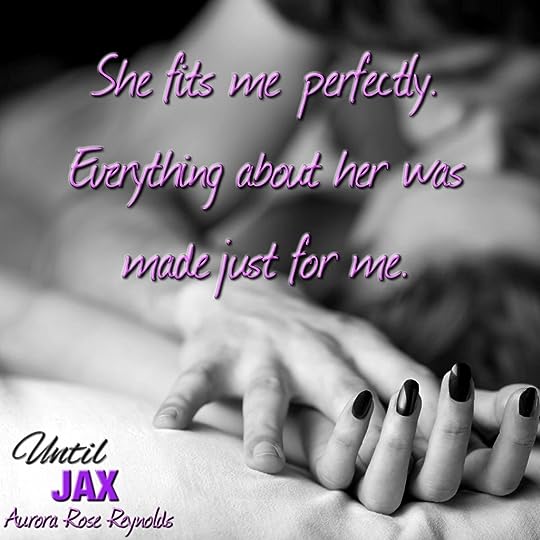 Blurb
Ellie Anthony isn’t looking for love. She isn’t even looking for a man, but when Jax Mayson insists on keeping her and her daughter safe, she’s left with no choice but to trust him. Now she just hopes she doesn’t get hurt when she falls hard for a guy who’s known for breaking hearts.

Jax Mayson knows that Ellie is his BOOM the moment he sees her. When he finds out she has a daughter, he realizes he wants a family, and he will do whatever is necessary to keep both of his girls safe, even if that means facing the demons from his past. 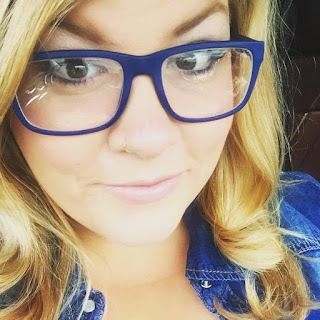 Aurora Rose Reynolds is a navy brat who's husband served in the United States Navy. She has lived all over the country but now resides in New York City with her Husband and pet fish. She's married to an alpha male that loves her as much as the men in her books love their women. He gives her over the top inspiration everyday. In her free time she reads, writes and enjoys going to the movies with her husband and cookie. She also enjoys taking mini weekend vacations to nowhere, or spends time at home with friends and family. Last but not least she appreciates everyday and admires it's beauty.
Website: http://aurorarosereynolds.com/
Facebook:  https://www.facebook.com/pages/Aurora-Rose-Reynolds
Twitter: https://twitter.com/auroraroseR
Goodreads:  http://bit.ly/1pzLVIO
Pinterest: http://www.pinterest.com/creynoldsauthor/

Posted by Christy Baldwin at 8:58 AM