We are so excited to bring you the Release Week Blitz for K.A. Tucker's SURVIVING ICE! SURVIVING ICE is a standalone romantic suspense novel and is the fourth book in K.A. Tucker's Burying Water Series, published by Atria, an imprint of Simon & Schuster. Grab your copy today!

The USA TODAY bestselling author of the Ten Tiny Breaths series and Burying Water—which Kirkus Reviews called “a sexy, romantic, gangster-tinged page-turner”—returns with a new novel packed with romance, plot twists, and psychological suspense.
Ivy Lee, a talented tattoo artist who spent the early part of her twenties on the move, is looking for a place to call home. She thinks she might have finally found it working in her uncle’s tattoo shop in San Francisco. But all that changes when a robbery turns deadly, compelling her to pack up her things yet again.

When they need the best, they call him. That’s why Sebastian Riker is back in California, cleaning up the mess made after a tattoo shop owner with a penchant for blackmail got himself shot. But it’s impossible to get the answers he needs from a dead body, leaving him to look elsewhere. Namely, to the twenty-something-year-old niece who believes this was a random attack. Who needs to keep believing that until Sebastian finds what he’s searching for.

Ivy has one foot out of San Francisco when a chance encounter with a stranger stalls her departure. She’s always been drawn to intense men, so it’s no wonder that she now finds a reason to stay after all, quickly intoxicated by his dark smile, his intimidating strength, and his quiet control.

That is, until Ivy discovers that their encounter was no accident—and that their attraction could be her undoing.

Surviving Ice by K.A. Tucker
My rating: 4 of 5 stars 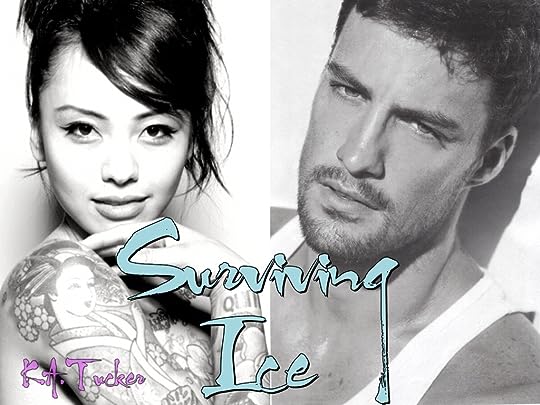 If you’ve read any of the Burying Water series, you know Ivy Lee (If you haven’t, don’t worry, this can be read as a standalone). Surviving Ice is the forth book in this series, and besides the first, which is my absolute favorite, I think this is probably the next best one.

Ivy is settled in San Fransisco working in her uncle’s tattoo parlor. She doesn’t stay in one place for too long, and she’s been here longer than normal. She’s actually considering staying for good. That is, until her uncle gets murdered in the shop. Now, she can’t get out of there fast enough. If Ivy could just take off, she would, but she has to handle all his affairs first.

Sebastian is in San Fransisco for a job. He was a Navy Seal, now he’s working with an old friend with his security company. He has a job to do. Ivy is part of that job. Her uncle had something he needs. And he’ll use whatever means necessary to get it. 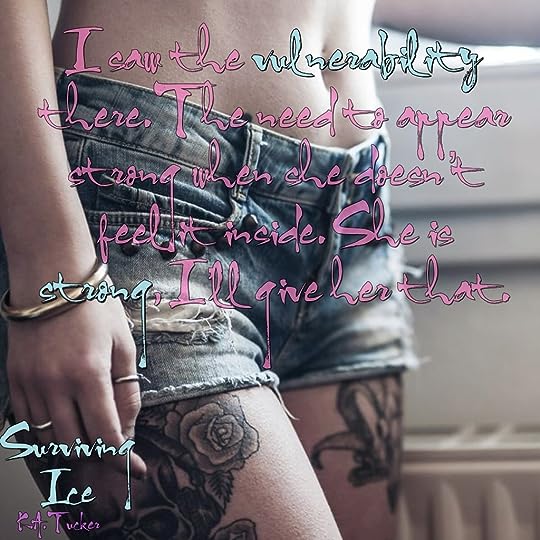 People so rarely surprise me anymore, but I have a feeling she might.


As Sebastian works to find what he needs, something strange happen. He and Ivy connect. Ivy is more surprised than anyone. It’s been a long time since she’s felt connected to anyone. She’s standoffish and guarded but Sebastian slowly starts to tear down that barrier. Now there is this one big secret between them. Ivy isn’t stupid. She is strong, she is independent and she is feisty. She is also intuitive. She knows Sebastian has a secret, she just doesn’t know what it is… 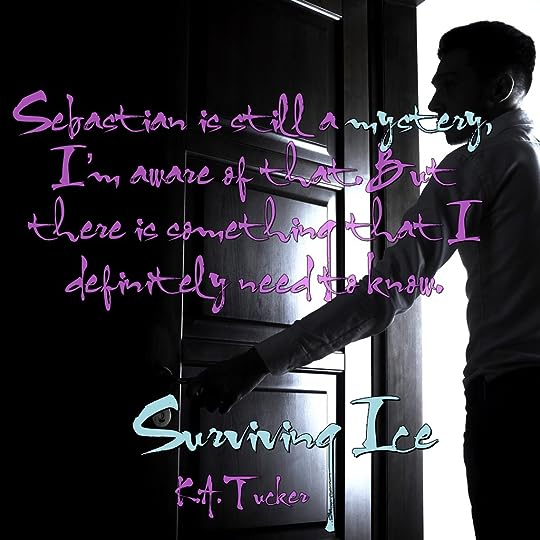 I love the suspense element to these stories. I read a lot of romance. A LOT OF ROMANCE. I love romance, but sometimes I want a little mystery and suspense. That is why I love this series so much. Tucker always has the romance there, but there is so much more than just romance. I was biting my nails through this one to see what was going to happen. Ivy and Sebastian were tough characters. They both had trouble opening up to people and relating to others. I loved that they were able to come together despite their issues.

K.A. Tucker’s writing is always superb. No matter what her stories are about, wether they’re angsty, romantic or suspenseful, I can always count on her writing to be top notch. If you’re in the mood for a romantic suspense, this is a book (and series) I recommend! 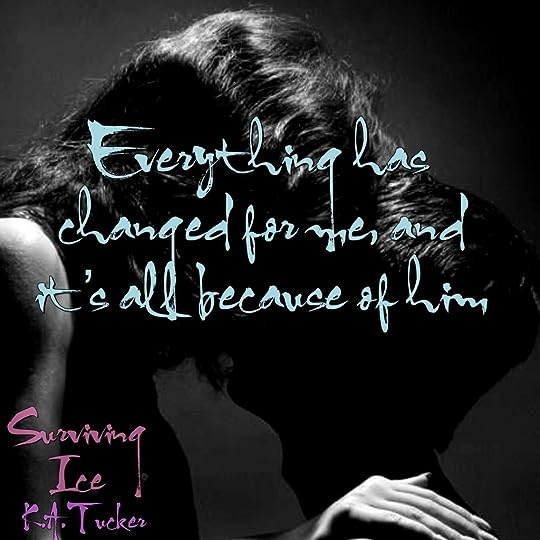 And don’t miss the previous titles in the Burying Water Series!

Born in small-town Ontario, K.A. Tucker published her first book at the age of six with the help of her elementary school librarian and a box of crayons. She currently resides in a quaint town outside of Toronto with her husband, two beautiful girls, and an exhausting brood of four-legged creatures.

Posted by Christy Baldwin at 8:18 AM