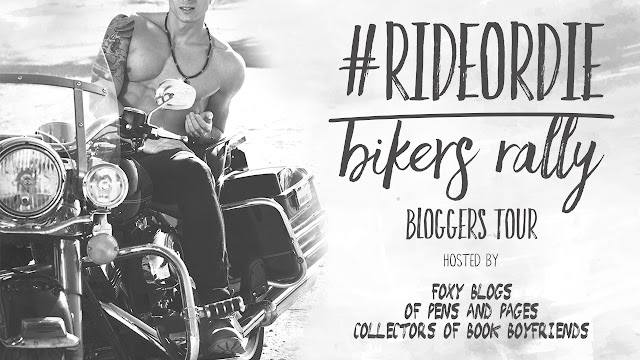 Looking for A SECOND CHANCE BIKER ROMANCE? With ALLLLL the FEELS? If so, WALK THROUGH FIRE by Kristen Ashley is the book for you!

Millie Cross knows what it's like to burn for someone. She was young and wild and he was fierce and even wilder-a Chaos biker who made her heart pound. They fell in love at first sight and life was good, until she learned she couldn't be the woman he needed and made it so he had no choice but to walk away. Twenty years later, Millie's chance run-in with her old flame sparks a desire she just can't ignore. And this time, she won't let him ride off . . .

Bad boy Logan "High" Judd has seen his share of troubles with the law. Yet it was a beautiful woman who broke him. After ending a loveless marriage, High is shocked when his true love walks back into his life. Millie is still gorgeous, but she's just a ghost of her former self. High's intrigued at the change, but her betrayal cut him deep-and he doesn't want to get burned again. As High sinks into meting out vengeance for Millie's betrayal, he'll break all over again when he realizes just how Millie walked through fire for her man . . .

***Also, please check out www.facebook.com/bookbabesunite for an ADDITIONAL GIVEAWAY for a paperback copy of this epic book (INTERNATIONAL)!

And check out the rest of the #RideOrDie tour here: https://wp.me/p4uAPW-3EG

AMAZON US
ADD to GOODREADS 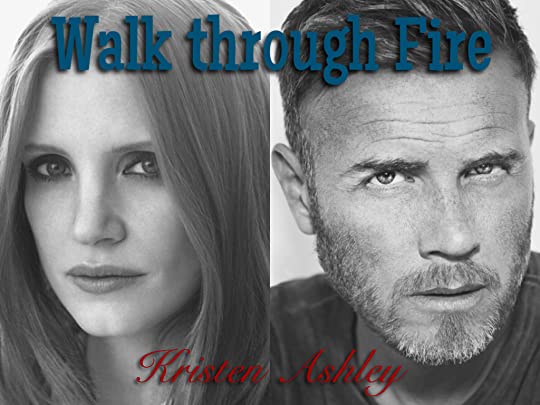 Kristen Ashley has done it again! I’m such a huge fan of hers and her Chaos series. I know the first book (Shy’s) and the last book (Joker’s) have been fan favorites. They were favorites of mine. I wasn’t expecting to love High’s story as much as I did theirs. I didn’t know him well, and I didn’t have that connection going in. I may be in the minority here, but this story, Walk Through Fire is my favorite Chaos book. It might have even made it’s way into my top 5 KA books. It certainly hit me harder emotionally than ANY of her books. The only book of hers I came close to crying as hard in was Lady Luck. There were parts in this story that completely gutted me. Yes, it hit harder for me (the subject matter) for personal reasons, but I can’t imagine anyone reading this book and not crying.

Millie Cross lost the love of her life twenty years ago. Well, she didn’t lose him. Not really. She walked away from him. She had no choice. She had to do what was best for him. She loved Logan that much. 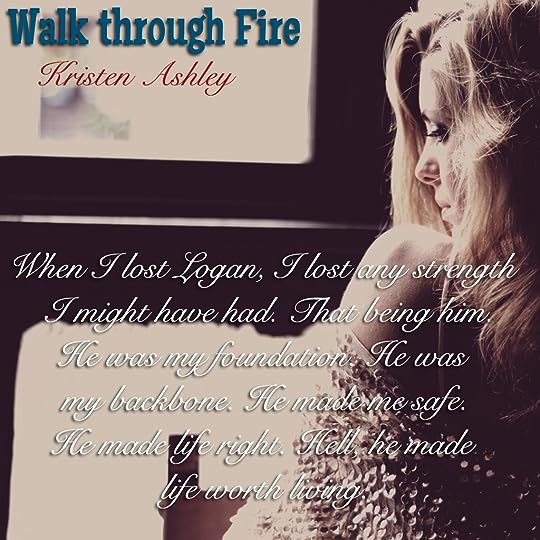 The first 40% of this book showed us scenes from the past, how Millie and High fell in love. It also showed where their lives ended up. You get a lot of insight into why Millie did what she did and why Logan and the Club seem to push her so much. My heart. I can’t even describe how I felt at times when reading this first bit. I was devastated. One scene in particular gutted me. When I read it I cried like a baby. Then, a few days later going through my quotes for this book I came across the highlight, and once again… tears. It’s been over a week since I read this book, and I’m still crying over certain scenes!

After Logan realizes the reason Millie left him and how she truly did walk through fire for him, things start to change between them. The first half of the book was crazy intense, then things started to slow down a bit as the couple started to rebuild what they once had and cherished all those years ago. 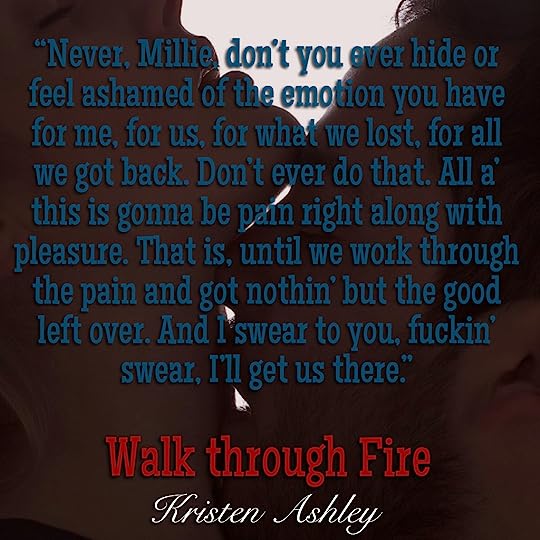 “We lost each other. Now we’re found. And nothin’ else matters.”

Millie was a heroine I related to immensely. Having issues similar to hers, I can completely understand why she did what she did and reacted the way she reacted. Contrary to what some might think, it took strength. I know I sure as hell would not be strong enough to do that. I would go a different route and maybe it’s the better route and maybe it’s not, either way, each situation is different. I think it will be easy for some people to judge Millie and her choice but I also feel it’s one of those situations that unless you’ve lived it, you can’t judge.

Logan I had mixed feelings on at the beginning. Who is this man? In the past flashbacks, he is fantastic, he’s near perfect. Now, he’s angry, he’s aloof, he’s distant. Logan has been through a lot and he never knew the whole story so his actions and feelings were real and raw. He grew on me and by the end, I loved him completely just like Millie.

I think Logan’s ex-wife deserves a special shout out too, because wow. This woman was awesome! I loved how she had the couple’s back and was just all around nice and cool. There was already enough going on in this story, the last thing needed was a nasty ex. 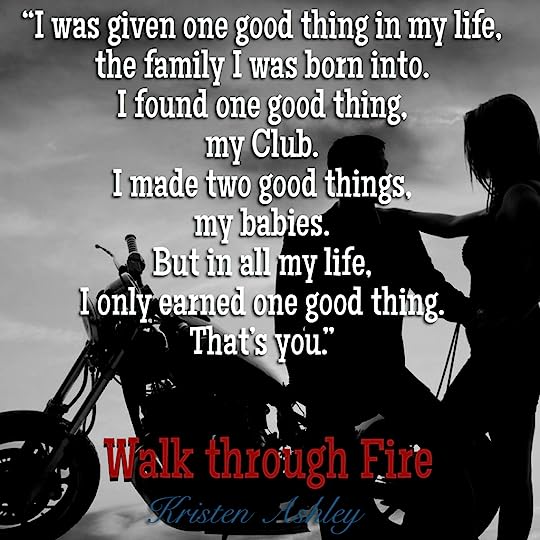 Sometimes I wonder if my friends and followers are sick of seeing my Kristen Ashley reviews… I’m sorry guys. I don’t mean to sound like a broken record or have it be a giant gush fest, but I can’t help it. I love this woman’s books like no other! Walk Through Fire is so special to me. It’s a story that made me think and feel and a story I hold close to my heart. I will never forget this book or these characters. If you are looking for a beautiful second chance love story that will hit you hard in the feels, I highly recommend this book!

“It was so worth it to walk through fire for you.” 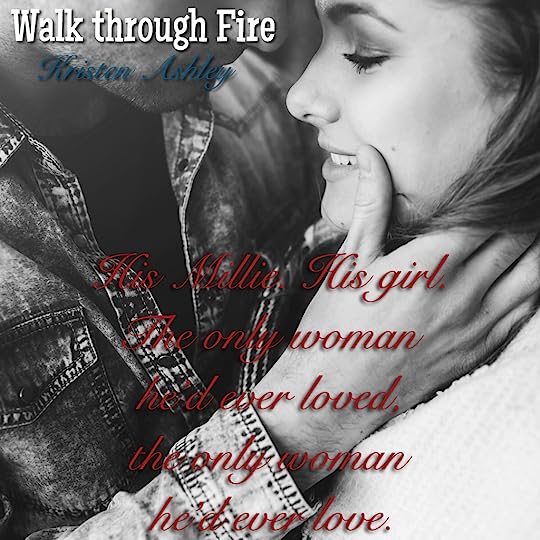 Never give up. Never quit dreaming. Because dreams had a way of being. You just had to keep hold.

Posted by Christy Baldwin at 10:00 AM

Email ThisBlogThis!Share to TwitterShare to FacebookShare to Pinterest
Labels: #RideOrDie, Walk Through Fire