Wild Card is a standalone novel and the first book in the North Ridge Trilogy about rough and rugged Canadian mountain men, the Nelson brothers. Canada’s never felt so hot.


She swore she’d never see the man who broke her all those years ago.


But you don’t always get to choose your path.


And sometimes that path is as wild and rugged as the heart.


Rachel Waters thought she saw the last of the small mountain town of North Ridge, British Columbia, when she left six years ago. But while her advertising career blossomed beneath the skyscrapers of Toronto, her mother’s sudden illness has the 26-year old returning to North Ridge to care for her, putting her career on hold while dealing with family secrets, regrets and unresolved goodbyes.


Shane Nelson has always been a bit of a wild card. The youngest of three brothers, Shane’s spent most of his life being underestimated and misunderstood. With his quiet intensity, classic good looks and thoughtful demeanor, he’s an enigma on horseback, managing his father’s sprawling ranch on the slopes of North Ridge.


But while Shane remains the quintessential brooding cowboy, complete with an arsenal of inner demons, all of that changes when Rachel steps back into his life.


She was the girl he pushed away.


Now she’s the girl who wishes she could leave.


Despite the odds, Shane will do everything to convince Rachel he needs a second chance that he doesn’t deserve but when the two of them head off into the wilderness together in search of lost cattle, more than just their hearts are at stake.


Whether it's love or lives on the line, one thing is for sure: always bet on the wild card. 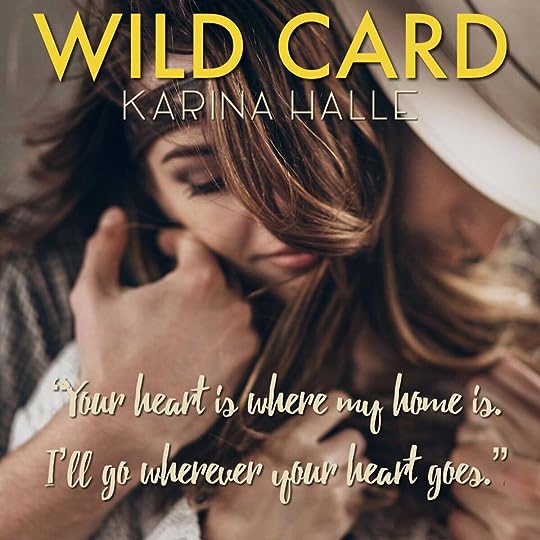 Wild Card is a beautiful and emotional second chance romance. It’s a fantastic start to Halle’s newest series (all can be read as stand-alones) and I was hooked from the start.

Rachel and Shane meet when they are kids and Rachel is new to town. A friendship between them blossoms into more, and as teenagers, they are in love and fairly certain the direction their lives will go. Something happens in Rachel’s life that changes both of them forever and drives them apart.

It’s been six years since Rachel has been home. Six years since she’s seen the love of her life that was lost…. Shane has not lived fully since Rachel left. He lost a big part of himself when she went away, but one thing he never lost was the love he felt for her. He’s got a chance now…. A chance to make things right between the two of them. And he’s going to take it.


What I loved most about this book is that it was different than the normal read by Karina. I’ve read so many books by this author, but none of them were quite like this one. I love it when authors can diversify and they don’t always write the same old same old. Halle never does that. Each book of hers is different in some way or another.

Shane Nelson is a spectacular hero. He’s kind, hardworking, sweet, and sexy. He loves without abandon and he’s not afraid to show it. My favorite part of this book was how much he loved Rachel and the sacrifices he was willing to make for her. Rachel has been through so much, but she is strong. I loved watching her heal, forgive, and move on with her life.

Wild Card is full of adventure, steam, emotion, and heart. It kept me captivated from the start and I highly recommend this one to those who love second chance romances!


He loves me fiercely, with abandon, the kind of love that sets fire to things until we’re standing in the ashes. 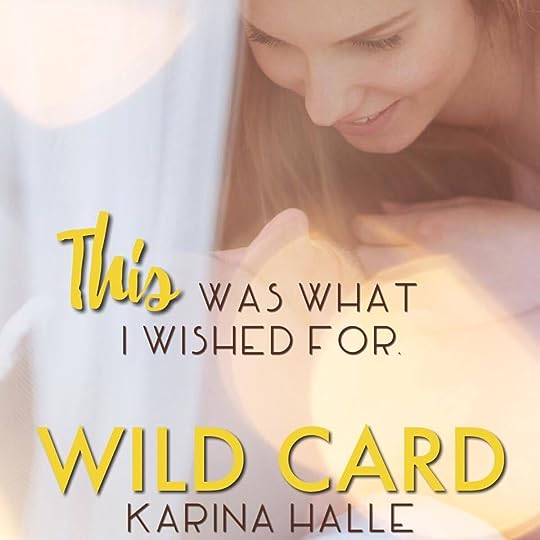 Karina Halle is a former travel writer and music journalist and The New York Times, Wall Street Journal and USA Today Bestselling author of The Pact, Love, in English, The Artists Trilogy, Dirty Angels and over 20 other wild and romantic reads. She lives on an island off the coast of British Columbia with her husband and her rescue pup, where she drinks a lot of wine, hikes a lot of trails and devours a lot of books.

Halle is represented by the Root Literary and is both self-published and published by Simon & Schuster and Hachette in North America and in the UK.


Stay up to date with Karina by signing up for her newsletter here: https://goo.gl/Ve4eCh


http://authorkarinahalle.com
Posted by Christy Baldwin at 8:50 AM