Breached by KI Lynn is LIVE!!!

My life was ash. Burned to the ground. Razed with no chance of rebuilding.Empty.Alone.

Just as I had to be.

No one else was going to get hurt because of me. No more deaths.

For years I’ve secluded myself, stayed in the darkness, and tried to melt into the background. Hiding in plain sight.

Taking a new job, working in close confines with a new partner, is risky, and I thought I was up to the task. So I hide behind a mask of my own making, a façade for the world.

The problem is, I can’t stop thinking about my new partner. I hate her, but I crave her like she’s the most intoxicating thing I’ve ever encountered.

I can’t love anyone ever again. 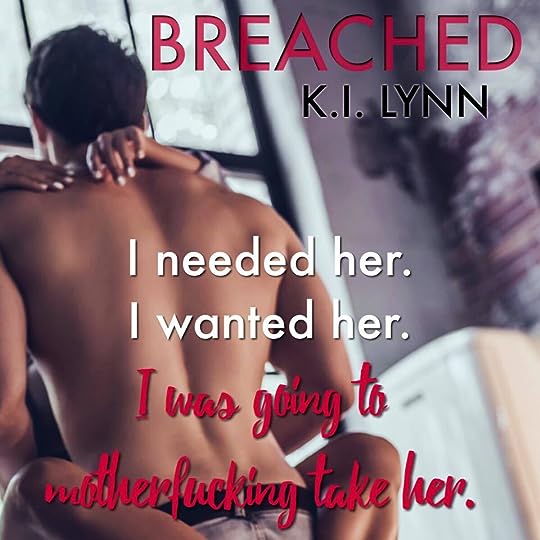 So, I read this book called Breach back in 2013 and it quickly made it’s way to the top of my favorites list. The main reason for that? The beautifully broken and sinfully dirty talking leading man, Nathan Throne. Nathan became one of my top book boyfriends. Breached is the first two books in the Breach series, but from Nathan’s POV.

Nathan Thorne and Delilah Palmer are two tortured souls. They both seem damaged beyond repair, but somehow, someway, they find healing in each other. With Nathan’s past, the last thing he wants is to fall in love again. To have someone and lose them. He couldn't take it. He knows the risks, and he’ll do anything to protect those he cares about. Even if that means pushing them away. There is something about Lila, though. Something that makes it hard for him to keep his distance.

“I don’t want to want you, but I do. I fucking crave you, but I can’t…I can’t give in.” There was no stopping me from getting closer, increasing the current that grew ever stronger with each passing second. “Please, Lila, push me away.”

I loved watching Lila and Nathan’s relationship change and grow. I loved that the two of them could just be when they were together. It’s a bit of a push and pull between them. Nathan is protective and broken and handles things in his own way.   Their romance is forbidden, it’s intense, it’s volatile, and it’s hot as hades! Seriously, when I say Nathan Thorne is the ultimate dirty talker, I mean it! Being in his head was something else entirely. It made me love him that much more (if that is even possible).

Breached is a completely captivating, seriously sexy, and passionate. If you’ve read the first two books in the Breach series, this is one you don’t want to miss out on this! If you haven’t read the original Breach, YOU NEED TO! This is an epic series! Go forth and meet my favorite damaged hero, Nathan Thorne and his Honeybear! 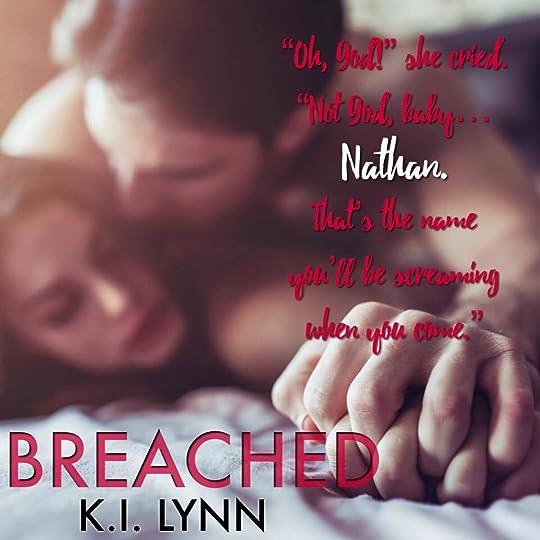 K.I. Lynn is the USA Today Bestselling Author from The Bend Anthology and the Amazon Bestselling Series, Breach. She spent her life in the arts, everything from music to painting and ceramics, then to writing. Characters have always run around in her head, acting out their stories, but it wasn’t until later in life she would put them to pen. It would turn out to be the one thing she was really passionate about.

Since she began posting stories online, she’s garnered acclaim for her diverse stories and hard hitting writing style. Two stories and characters are never the same, her brain moving through different ideas faster than she can write them down as it also plots its quest for world domination…or cheese. Whichever is easier to obtain… Usually it’s cheese.

SaveSave
Posted by Christy Baldwin at 9:06 AM