Blog Tour: He Will Be my Ruin by KA Tucker + Giveaway!

We are absolutely thrilled to bring you the Review & Excerpt Tour for K.A. Tucker’s HE WILL BE MY RUIN! HE WILL BE MY RUIN is an Adult Suspense novel, published by Atria books, an Imprint of Simon & Schuster, and is set to be released February 2, 2016!

About HE WILL BE MY RUIN:

The USA TODAY bestselling author of the Ten Tiny Breaths and Burying Water series makes her suspense debut with this sexy, heartpounding story of a young woman determined to find justice after her best friend’s death, a story pulsing with the “intense, hot, emotional” (Colleen Hoover) writing that exhilarates her legions of fans.

On the surface, Celine Gonzalez had everything a twenty-eight-year-old woman could want: a one-bedroom apartment on Manhattan’s Lower East Side, a job that (mostly) paid the bills, and an acceptance letter to the prestigious Hollingsworth Institute of Art, where she would finally live out her dream of becoming an antiques appraiser for a major auction house. All she had worked so hard to achieve was finally within her reach. So why would she kill herself?

A man who was supposed to be her salvation . . .

Maggie Sparkes arrives in New York City to pack up what’s left of her best friend’s belongings after a suicide that has left everyone stunned. The police have deemed the evidence conclusive: Celine got into bed, downed a lethal cocktail of pills and vodka, and never woke up. But when Maggie discovers a scandalous photograph in a lock box hidden in Celine’s apartment, she begins asking questions. Questions about the man Celine fell in love with. The man she never told anyone about, not even Maggie. The man Celine believed would change her life.

Until he became her ruin.

On the hunt for evidence that will force the police to reopen the case, Maggie uncovers more than she bargained for about Celine’s private life—and inadvertently puts herself on the radar of a killer. A killer who will stop at nothing to keep his crimes undiscovered. 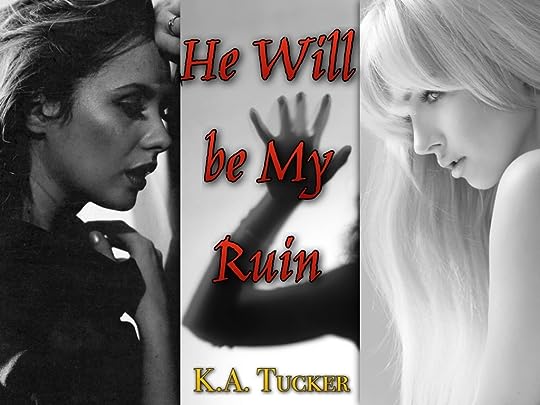 OMG What did I just read?!? It took me 3 days to read this book. I have to admit, it had a bit of a slow start for me, but once it picked up, I could not put it down! I had all these theories running through my head. I thought for a minute there I was right, that my instincts were correct, then I realized, I have terrible instincts! I kind of love that in the end I wasn’t right, that it was unpredictable like that.

Maggie and Celine have been best friends since they were young children. They’re more like sisters than anything. When Celine’s body is found in her NYC apartment, and she’s said to have committed suicide, Maggie knows something isn’t right. Even though Maggie and Celine were close, Maggie grew up rich, where Celine did not. Maggie thinks she knows all there was to know about Celine, but the truth is, she didn’t know her friend as well as she thought…

No matter what Maggie finds out, she still is convinced Celine did not kill herself and she has all the money and recourses in the world to find out what really happened. She won’t give up and she won’t stop until she figures it out… no matter what the cost. I’m not a huge fan of suspense, unless it’s romantic suspense; I can totally get down with that. Mystery and suspense without the romance is new for me. KA Tucker did a wonderful job keeping me on my toes and keeping me guessing. Her writing was impeccable as always. This is one of those times I’m glad I went out of my comfort zone and picked up a book I normally wouldn’t read!

He Will be My Ruin is not like any of Tucker’s other books, so don’t go into it with those type of expectations. If you’re looking for a thrilling and suspenseful story that will make you think, make your heart race, and keep you on the edge of your seat until the very last second, pick this one up!

Born in small-town Ontario, K.A. Tucker published her first book at the age of six with the help of her elementary school librarian and a box of crayons. She currently resides in a quaint town outside of Toronto with her husband, two beautiful girls, and an exhausting brood of four-legged creatures.

Posted by Christy Baldwin at 7:31 AM

Email ThisBlogThis!Share to TwitterShare to FacebookShare to Pinterest
Labels: Blog Tour, He Will be my ruin, Tucker