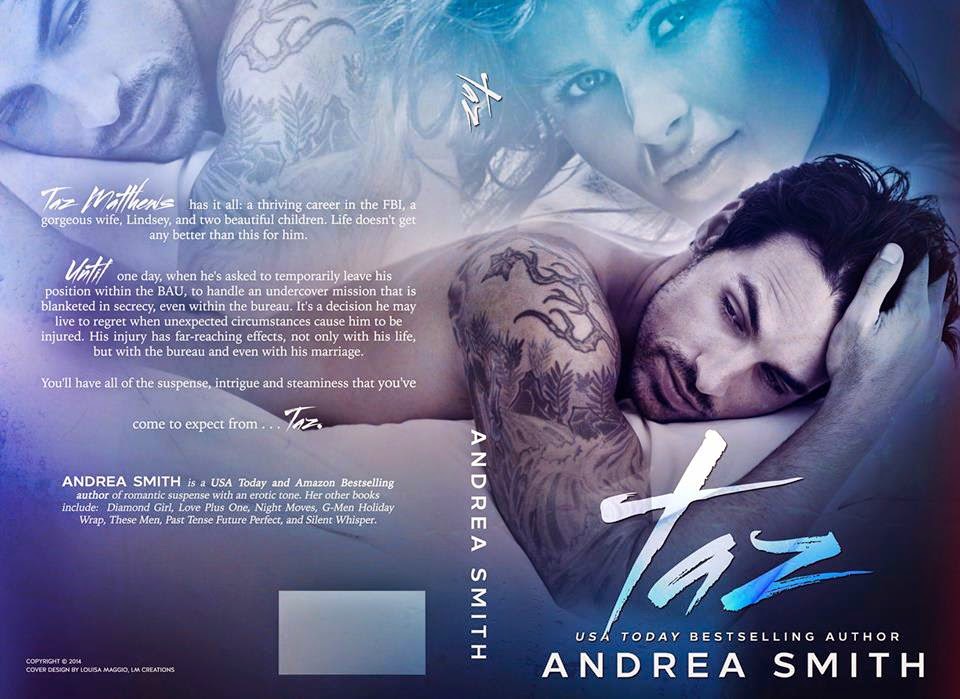 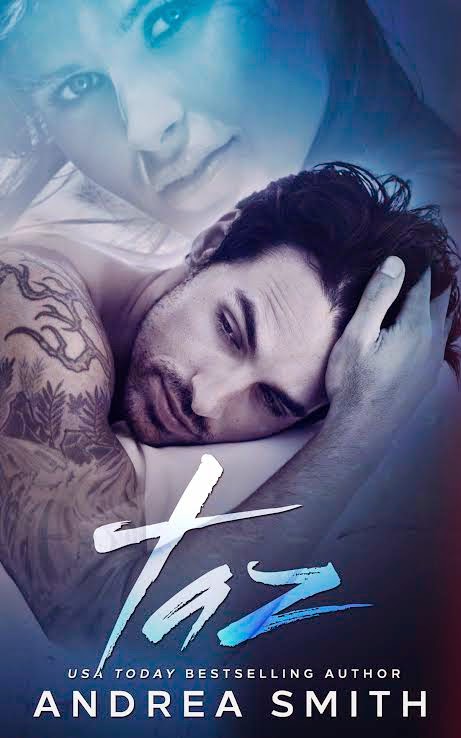 My life is finally perfect. My dreams have all come true. I'm where I want to be with the bureau; having the career I've been planning since I did my stint in the military. I'm married to the one and only woman I've ever loved; my heart beats for her alone. Together we've made beautiful babies that I adore. I'm thirty-three years old and I'm complete.
Then one day, it all changes. Slate recruits me for a temporary assignment that is underneath the radar for a reason. The bureau hasn't sanctioned it as a priority, but Slate feels it is because of who is involved: Sue Ellen Reynard. Yeah, remember her?
Lindsey:
Our lives were perfect. Taz and I had everything we'd ever hoped for: family, careers and an everlasting devotion to one another. Suddenly nothing is the same. In a single moment, my biggest fear is realized by one phone call from Slate: an 'agent is missing'.
My agent; my Taz . . .
This is just the beginning of our long journey. Will things ever be the same again?

Lindsey gave me the silent treatment on the way over to Ralston's office. "How did you know where I was? I asked.
"Slate."
"Hey, I said I was sorry. We're not all that late," I pointed out to her.
"It's rude to keep Dr. Ralston waiting, Trace. I don't do rude. I thought this counseling was important to you, apparently I was wrong."
I stopped instantly and grabbed her by the arm, pulling her around to face me. "What the fuck, Lindsey? What's up your ass at the moment?"
She gave me a glare. "It just seems to me that you might find more productive ways to spend your time when you're here other than flirting your ass off with the resident skank," she snapped, jerking her arm free and turning her back on me. 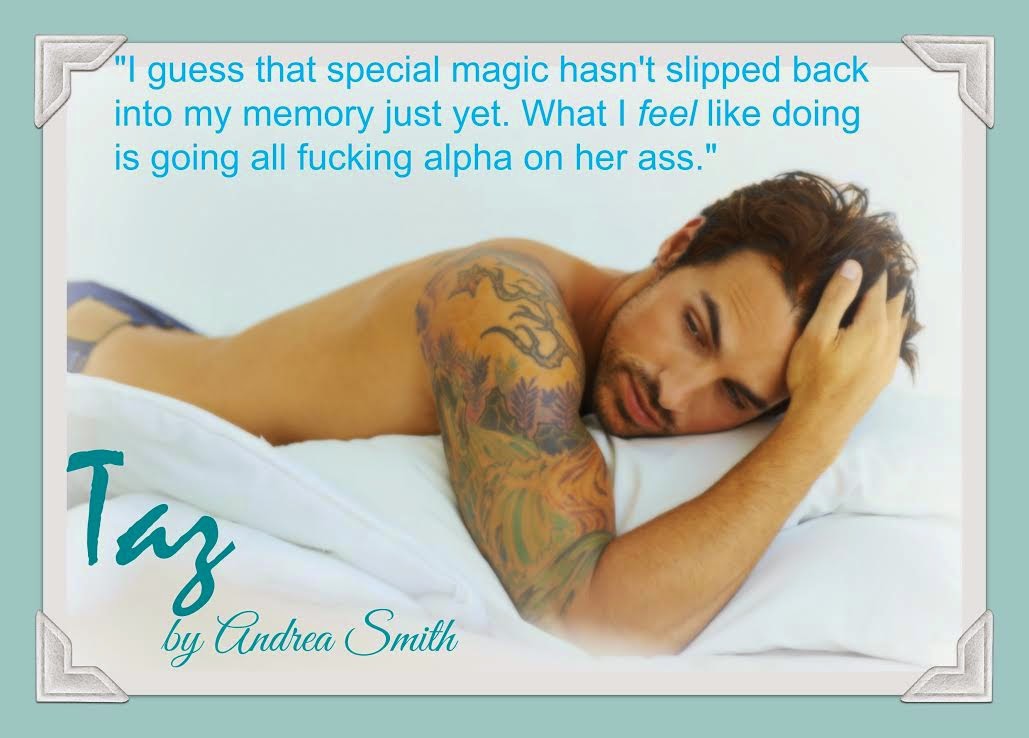 Fuck to the no!
"Wait one damn minute," I growled, spinning her back around to face me. "It just so happens I went to the shooting range because I've been trying to qualify to the new standards. It's a requirement for all agents to recertify. Diana's job is to ensure that they do."
"Hmmph," she snorted derisively, "It looked pretty cozy to me, but that's neither here nor there because it sounds to me as if you plan on continuing your career with the Bureau once you're cleared."
"And why shouldn't I? It's the career I've had for years, what do you expect?" I was getting angrier by the second, and her eyes were flashing pure pissed green at the moment.
Time for a showdown.
"I don't know why I would expect any less," she snapped, "It's always been about the FBI, right? It's never been about me and the kids, has it?"
That did it.
I totally lost it when she flung those words at me. No matter how much I still didn't remember, one thing that I knew, with every fiber of my being, was that what she'd just said had no truth to it. And what really burned my ass was that she knew it too!
I grabbed her shoulders and pulled her up against me. My eyes bored into hers and without thinking, I lowered my mouth to hers and kissed her with a vengeance. It was the first time my lips had touched hers since I'd been back. There was no tenderness; it was my way of claiming her and taking possession of what was mine. She would not deny me this.
Her fists pushed against my chest, and then she attempted to pull away, but her efforts were no match for my strength and determination. My lips worked hers, and my tongue invaded her mouth and possessed it. "Stop," I growled pulling back briefly to look down at her, "Don't resist me."
It was something I might've said to a perp that was resisting arrest, but at this moment, I was saying it to my wife.
My mate.
The woman that I loved more than life itself.
And suddenly the realization that this was the truth overwhelmed me. My tempo slowed, morphing from anger to affection; and from frustration to need.
Lindsey felt the change and stopped struggling against me. Her arms looped around my neck, and her lips started responding to mine. It was familiar, and as my tongue once again found hers, we struck a rhythm that was ours. I could feel her anger and bitterness dissipate. It was replaced with a soft sweetness that I remembered, and that I could totally bury myself into if only she would let me.
"Taz," she moaned softly, finally pulling back a bit.
"Lindsey," I breathed against her soft lips, my heart pounding in my chest.
"Come on, we've got to make our appointment," she said softly.
And we did.
It was the first joint session that we'd had where Lindsey took her place next to me on the leather sofa, instead of her usual chair in the corner. Ralston didn't miss it either, quirking an eyebrow as his eyes met mine with just a hint of amusement.
It was a fucking start. 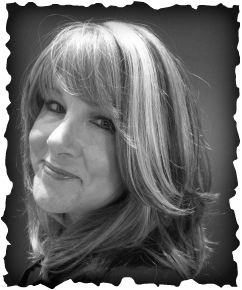 I was born and raised in southern Ohio, and with the exception of a brief stint in Dallas, TX, have been an Ohioan most of my life. My dream has always been to write a novel, and back in the early eighties I tried to do just that, having been influenced by authors such as Kathleen Woodiwiss, Johanna Lindsey, Rosemary Rogers and Laurie McBain. I remember writing to all of them through their listed publishers, and the only response I received was from Johanna Lindsey (who lived in Hawaii at the time.

Ms. Lindsey advised me to continue with my dream; and to submit to various publishers again and again. Of course, at that time, publishing e-books yourself was not on the horizon; there were vanity publishing houses of course, but she advised me to avoid those.

So my dream was put on the back-burner for more than 25 years until June of 2012 when suddenly I no longer had a reason not to write a novel. My sons were grown; I found myself without a career (blessedly) and the creative juices flowed once again.

I finished my first novel, "Maybe Baby" in September of 2012; the next two books in the "Baby Series" titled "Baby Love" and "Be My Baby" were published in early 2013. I learned a lot in my first endeavor with self-publishing. I've made so many friends as a result that it is over-whelming.

In the spring of 2013, I had an idea for a different type of Alpha, and wrote Book #1 of the "G-Man" Series, titled "Diamond Girl." This book was well-received, and I followed it with Book #2, "Love Plus One." These are stand-alone books.

I am finally doing what I love and I sincerely appreciate the wonderful readers who provide feedback and take the time to comment. I hope that with each book, my writing has grown and improved as I strive to publish quality fiction.
Posted by Christy Baldwin at 11:30 AM