Melissa Brown has officially ‘wowed’ me. I’ve read several of this authors books and I’ve enjoyed them all, but this was on an entirely different level. Original, captivating and refreshing- equal parts heartwarming and heartbreaking. I devoured this, read it cover to cover. Polygamy is a topic I’ve always found interesting and Melissa does a great job writing about it.

Brinley is a twenty two year old woman. She is married. She is the seventh wife to a man over twenty five years her senior. This is the norm for her.

Brinley has always been more curious about the outside world than the others. She has secrets. Secret wants, desires, she thinks about things that are forbidden to people of her faith. When she runs into town and sees a familiar face, even more secrets start to build.

Porter was once at the same compound as Brinley. He was kicked out at 16. He’s fighting his own battles, but he wants to help Brinley with hers.

“I want to know everything there is to know about you, the real you. Not the fake mold they’ve placed you in. The real Brinley.”

Brinley is at a crossroads in her life. The choice between what she wants and desires, and what she’s always been told is the ‘right’ thing. All she knows is she has to make a choice. Before her secrets come out. Because then there would be no choice… and things would get messy.

Even though most of our situations would be nothing like anything Brinley goes through, she is a very relatable character. I loved reading about her becoming stronger, making choices for herself and discovering who she wants to be and what life she wants to live.

I don’t want to go into the Porter story line much, because I don’t want to spoil anything- but I will say that Porter needed Brinley just as much as she needed him. Just as Brinley was fighting her own battles, Porter was fighting his. It’s about the struggle they both endured and the choices they both had to make.

“What do you have to lose?”
The plea in his voice demanded the proper response. But I didn’t have one.
“Nothing?” I paused finally making eye contact.
“Everything?” I shook my head not knowing the answer.

This book didn’t just make me feel, make me smile, make me cry, it made me think. Truly think about things. Reading about topics like this and knowing it exists in the real world makes you grateful for the freedoms and choices you constantly take for granted in your own life. Living a life full of desperation, wants and desires that will never be fulfilled, no freedom, it just makes you feel thankful for the choices you do have.

The writing was phenomenal. The story had such a flow, I felt like I was right with Brinley, in her head, thinking what she thought and feeling what she felt every step of the way. I was constantly waiting for the other shoe to drop. The last 15% had me biting my nails to the quick. It was a beautiful, emotional, suspenseful and riveting tale of a woman coming into her own. Following HER heart, making decisions best for HER and not everyone else. Even though she had been taught to be a certain way her entire life, she did what was best for HER and her alone in the end and that made me feel proud of Brinley.

Wife Number Seven will for sure be taking a place on my favorites shelf! It’s one I would highly recommend! 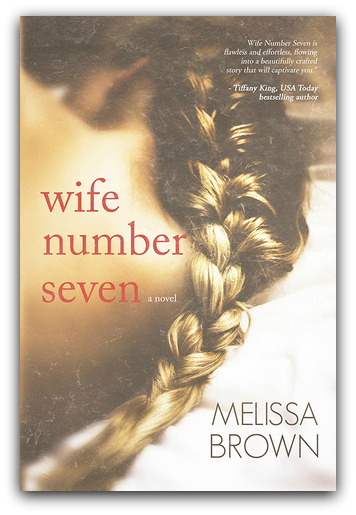 Lipstick. Bright, red lipstick. Nothing but lipstick. Even though it’s against our faith to wear a color that screams of sexual promiscuity and deviant behavior, I’m not allowed to protest. But, I want to. So badly.


You see, there’s more to me than the braid that spills down my back. More to me than the layers of heavy fabric that maintain my modesty. And so much more than the oppressive wedding band that adorns my finger--the same band that each of my sister wives wear. So much more. To protest would be sinful. I must keep sweet, that is my duty.


So I’ll wear the lipstick. I’ll do as I’m told. And I’ll do my best to silence the resistance within me, to push him from my mind. If only my heart would do the same. 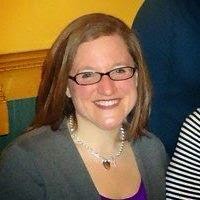 Melissa Brown was born and raised in the suburbs of Chicago. She attended the University of Illinois and is the mother of two fantastic kids. She’s an avid reader who enjoys making handmade gifts for her family and friends, as well as baking and painting. She speaks fluent movie quotes from the 1980s and ’90s.Her romance titles include Bouquet Toss, Champagne Toast, Picturing Perfect and Unwanted Stars. She is currently developing a Young Adult series called Sorority of Three.


Posted by Christy Baldwin at 4:17 AM