Fame can disappear in an instant…

Fortune is a fleeting fantasy…

Laz Rawlings had them both, until he lost it all…

Laz, a former world-famous music producer screwed up everything thanks to his rock-n-roll lifestyle, but he’s been given an opportunity to prove his genius in the music industry wasn’t a fluke, and he’s hell-bent on not letting history repeat itself. But that’s proving difficult when the young singer he’s tasked with grooming has become the object of his every desire.

Life has been an uphill battle for Aundrea Newton, so when a sexy, tattooed stranger hand delivers her dream of a music career, she’s skeptical. Nothing ever comes easy, and she knows Laz has the power to crush both her career and her heart with his undeniable sex appeal and charismatic swagger.

When the line between mentor and student blurs, both begin to question what’s more important: Love, sex or the music. 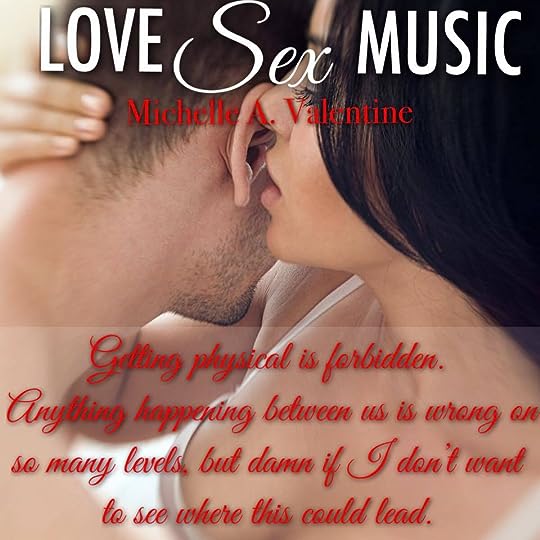 Michelle A. Valentine always writes amazing rock star reads, and I absolutely love the spin she put on Love, Sex, Music. Emotional, sexy, and forbidden- this book hit the spot for me!

Laz is trying to make a comeback. You see, Lazarus Rawlings made some poor choices in his past and went from being in the rock-n-roll life as a performer and producer, to being out of the world. He’s got a plan though. He’s going to put together an amazing group to get his career back. An all girls group. Laz has an eye for talent, and he has a second chance here. He only has one rule… stay away from the girls. Do not get involved… should be easy, right?

The last thing Drea plans to do is join a music group. She’s not the strongest dancer (even though her voice is to die for) and she doesn’t like the spot light, but when her sister Candace gets scouted for Laz’s group and he insists Drea comes along, she does. Drea’s life has not been easy. She is a hard worker and a good person, but she has a past. One that makes her even more hesitant to be in the spot light. But that’s all about to change, as she becomes the lead of Laz’s group.

I love that feeling of reading a book and just feeling the chemistry between two characters jumping off the page. Laz and Drea had that. I felt it from the start and it only grew stronger as the story progressed. Their attraction was forbidden, and they both have a lot to lose, but you can’t deny a connection like that. I just knew the moment they quit fighting it, it would combust. And I was right. Things between them were explosive.

I thought Laz was a fantastic hero, but Drea really stole the show for me in this book. She’s probably my favorite Valentine heroine to date. I loved her courage and strength. She had so much character. I rooted for this couple to be together and I really liked the turn the story took at the end.

Love, Sex, Music is a fantastic rocker romance. It was an enjoyable and entertaining story I would definitely recommend! 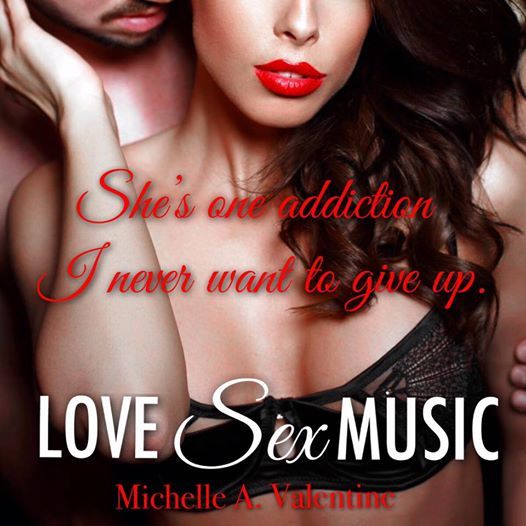 About Michelle A. Valentine

Be a little naughty – join Valentine’s Vixens (http://on.fb.me/1mh1uFq) on Facebook for sneak peeks at Michelle’s upcoming works, as well as fun and chatting with her and other readers!
Posted by Christy Baldwin at 8:28 AM