Blog Tour: Until it Fades by K.A. Tucker + Giveaway! 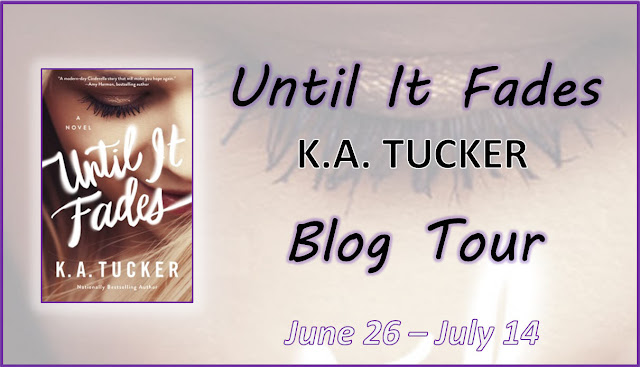 ABOUT UNTIL IT FADES:
Twenty-four-year-old truck stop waitress and single mother Catherine Wright has simple goals: to give her five-year-old daughter a happy life and to never again be the talk of the town in Balsam, Pennsylvania (population three thousand outside of tourist season).

And then one foggy night, on a lonely road back from another failed date, Catherine saves a man’s life. It isn’t until after the police have arrived that Catherine realizes exactly who it is she has rescued: Brett Madden, hockey icon and media darling.


Catherine has already had her fifteen minutes of fame and the last thing she wants is to have her past dragged back into the spotlight, only this time on a national stage. So she hides her identity. It works. For a time.


But when she finds the man she saved standing on her doorstep, desperate to thank her, all that changes. There’s an immediate connection, and it’s more electric than the bond of two people who endured a traumatic event. It’s something neither of them expected. Something that Catherine isn’t sure she can handle; something she is afraid to trust. 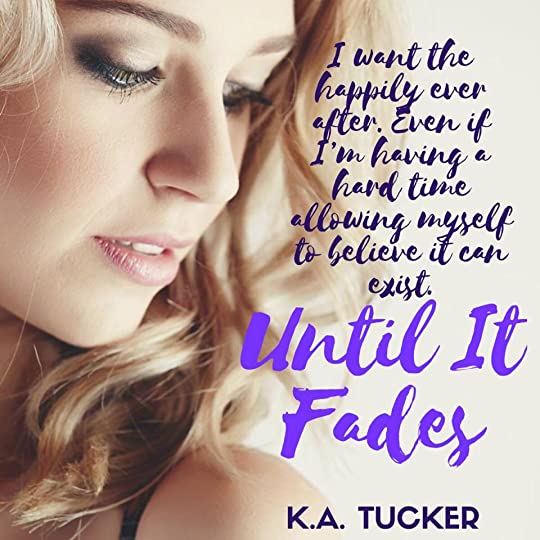 “Young, single mom saves life of hockey star and celebrity son and then wins his heart? It sounds like a fairy tale.”


When I read a KA Tucker book, I expect one of two things. Angst or suspense. This book was different for her. It was a sweet, slow burn romance with a lot of heart. The pace was a bit slower than I would have liked, but overall I enjoyed the story a lot!

Catherine Wright is a 24 year old single mother with a past. Because of that past, she keeps to herself. She has her five year old daughter, a waitressing job that keeps them fed, and that’s enough for her. One night, she witnesses a car accident and stops to help. She doesn’t know it at the time, but she saves a famous man’s life. Catherine does not want the attention or the accolades this brings. She lives in a small town and she’s had her fair share of ‘attention’ in the past. Thanks, but no thanks. So she asks her friend on the police force not to share her name with the public. And that works. For a while.

Brett Madden is a big time hockey player. After the accident that took his friends life, he’s trying to heal and part of that is meeting and thanking the person who saved his life. When he meets Catherine, he is blown away by her beauty and strength. He admires her. Someone with a child and so much to lose risked her life for him. He feels a connection with her he can’t explain.

The relationship between Catherine and Brett was pretty non-existent for a lot of the book. It started as a friendship and very slowly grew into much more. That’s okay with me, though. I don't mind when romance sometimes takes a bit of a back seat to the story. I feel like it worked with this book. With Catherine’s past, it made sense. I liked seeing into her past, why she was the way she was, and seeing her growth.

Until it Fades is a swoony, sweet, slow building Cindrealla-type romance. I loved both Catherine and Brett, the supporting characters, and all the interactions with Catherine’s adorable daughter. If you’re looking for a charming, small town romance, this is one I would recommend! 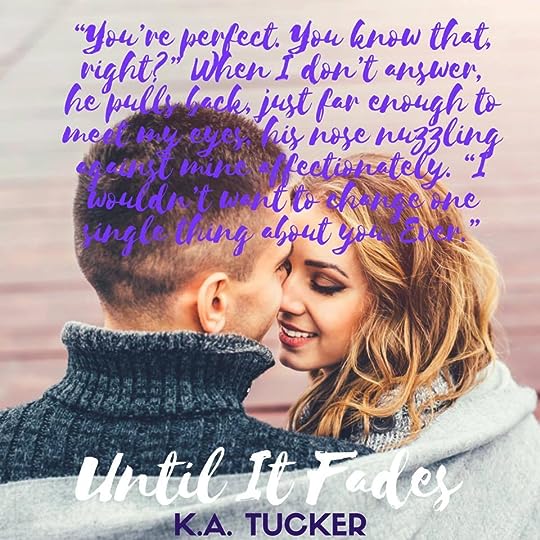 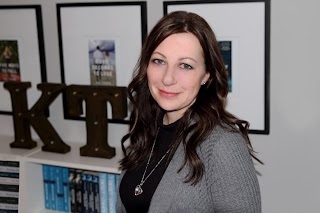 K.A. Tucker is the author of He Will Be My Ruin and the Ten Tiny Breaths and Burying Water series. She currently resides outside of Toronto with her husband, two beautiful girls, and a Chug. 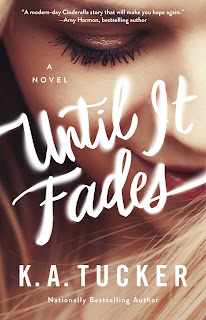 Email ThisBlogThis!Share to TwitterShare to FacebookShare to Pinterest
Labels: Blog Tour, Tucker, Until it Fades