Close to You by Kristen Proby @Handbagjunkie is LIVE!

Kristen Proby is known for writing heartfelt characters with deep connections and sizzling passion. In her brand new Fusion Series from William Morrow, she seduces readers’ senses with the sexy, contemporary romance in which five best friends open a hot new restaurant together. Today, we are thrilled to bring you CLOSE TO YOU, the second book in the Fusion Series! CLOSE TO YOU brings readers the next story in this amazing cast of characters. Grab your copy of CLOSE TO YOU today and check out the special offer below!


Camilla, “Cami,” LaRue was five-years-old when she first fell in love with Landon Palazzo. Everyone told her the puppy love would fade—they clearly never met Landon. When he left after graduation without a backward glance, she was heartbroken. But Cami grew up, moved on, and became part-owner of wildly popular restaurant Seduction. She has everything she could want…or so she thinks.


After spending the last twelve years as a Navy fighter pilot, Landon returns to Portland to take over the family construction business. When he catches a glimpse of little Cami LaRue, he realizes she’s not so little any more. He always had a soft spot for his little sister’s best friend, but nothing is soft now when he’s around the gorgeous restauranteur.


Landon isn’t going to pass up the chance to make the girl-next-door his. She’s never been one for romance, but he’s just the one to change her mind. Will seduction be just the name of her restaurant or will Cami let him get close enough to fulfill all her fantasies? 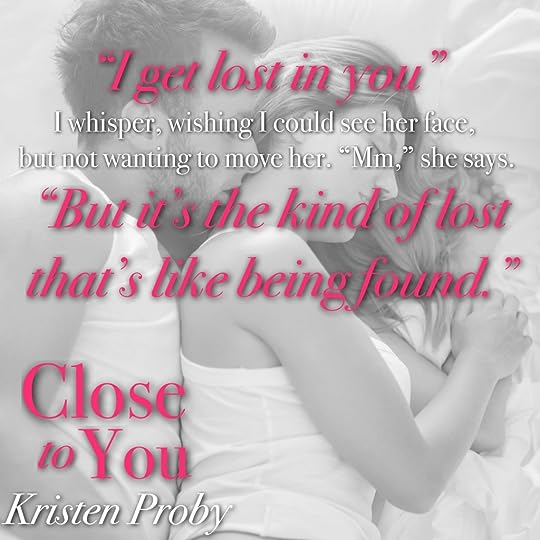 Ever since I read Listen to Me, I was more than ready to get my hands on Close to You. I really liked Cami and Landon in the first book, AND I knew it was going to be a brother’s best friend book and those rarely disappoint.


Landon is my other best friend, Mia’s older brother. Addie, Mia and I grew up together and I’ve been in love with Landon for as long as I can remember.


Cami is the numbers girl in the group of friends that own and run Fusion. She is divorced and still friends with her ex-husband. In fact, she’s known to try to set him up with different girls. I kind of love this about her. She knows her ex, Brian, is a good guy. He just wasn’t the right guy for HER. That guy is Landon, her best friend Mia’s older brother. It’s always been Landon.

After being away for a long time in the Navy, Landon is home for good. Landon has always had a soft spot for Cami. First, she was too young, then she was married. Now he’s here, she’s here, they’re both single and nothing is stopping him from being with her. Landon and Cami were great together. They had fantastic chemistry and no matter what obstacles life threw at them, they figured it out. Landon was super sweet and their story was uber romantic.

Kristen Proby always gives me the perfect balance of sweet and sexy. Her books are always light and easy reads with just the right amount of emotion and little to no angst. I love that sort of read and I really needed it with all the heavier books I’ve read lately. It’s a feel good book and that is exactly what I needed. I’ve enjoyed this Fusion series lots and can’t wait to read about the other girls in this group of friends that have yet to be featured! 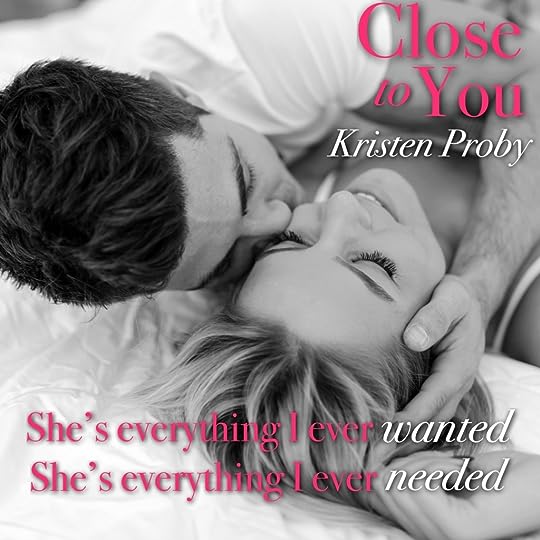 Order CLOSE TO YOU during release week, fill out this form, and receive an email with the Exclusive Short Story, GROW WITH ME, featuring Will and Meg from Kristen Proby’s PLAY WITH ME in the With Me in Seattle Series after Release Week!

And Don’t Miss the First Novel in the Fusion Series, LISTEN TO ME!

New York Times and USA Today Bestselling author Kristen Proby is the author of the bestselling With Me In Seattle and Love Under the Big Sky series. She has a passion for a good love story and strong, humorous characters with a strong sense of loyalty and family. Her men are the alpha type; fiercely protective and a bit bossy, and her ladies are fun, strong, and not afraid to stand up for themselves.

Kristen lives in Montana, where she enjoys coffee, chocolate and sunshine. And naps.

Posted by Christy Baldwin at 4:11 PM

Email ThisBlogThis!Share to TwitterShare to FacebookShare to Pinterest
Labels: Close to You, Proby, Release Day