On The Record By K.A. Linde Release Week 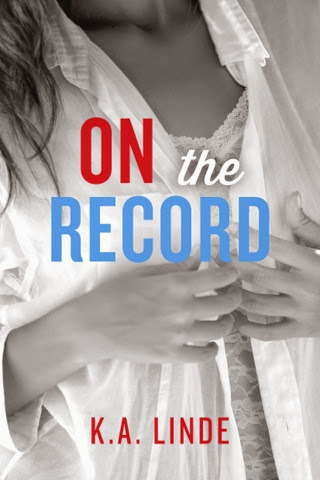 For political reporter Liz Dougherty, election day—a day of looking toward the future and saying goodbye to the past—seems like a fitting time to start a new relationship. But feelings for her former flame still linger...
The sexy second book in bestselling author K.A. Linde’s Record series decides whether it’s better to pick up the pieces and move on...or to pick up right where you left off. 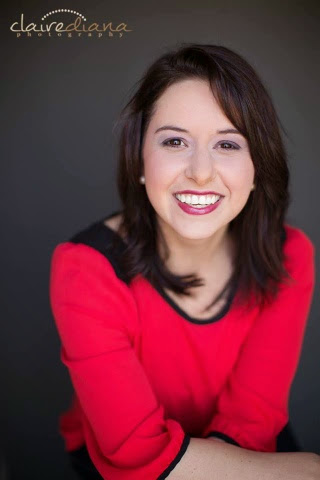 USA Today bestselling author K.A. Linde has written the Avoiding series and the Record series as well as the new adult novels Following Me and Take Me for Granted. She grew up as a military brat traveling the United States and Australia. While studying political science and philosophy at the University of Georgia, she founded the Georgia Dance Team, which she still coaches. Post-graduation, she served as the campus campaign director for the 2012 presidential campaign at the University of North Carolina at Chapel Hill. An avid traveler, reader, and bargain hunter, K.A. lives in Athens, Georgia, with her fiancé and two puppies, Riker and Lucy.

Buy Link for Off the Record (book 1)

Pre Order Buy Link for On the Record (book 2)

Pre Order Buy Link for For the Record (book 3)

Heat radiated from their bodies as they moved against each other. Pent-up sexual frustration coaxed the fire between them. Liz’s fingers tangled in his dark hair as his tongue met hers and they massaged each other. Her legs bent almost subconsciously and pushed her pelvis up against him. He moaned into her mouth and she felt his weight shift until she could feel the hardness through his jeans.

He broke their kiss to pull her sweater over her head and then took a moment just to stare down at her torso with her breasts spilling out of the skimpy black balconet bra she had chosen. She hadn’t known what was going to happen with him, but she sure as hell had decided to come prepared. He playfully snapped the strap of her bra with a dirty smirk on his face.

“It’s what you wear when you want someone to see it.” She ran her knuckles down his jawline. “I wasn’t sure if you were going to, but just when I think that I have you all figured out, you surprise me.”

He grabbed her hand in his and kissed each knuckle softly. “Funny. I find that you surprise me constantly.”

He placed her hand on his shoulder and then dropped his hands to the waistline of her jeans.

He popped the button.

The zipper dropped to the bottom.

His hand slid under the material and dragged them down her legs.

He placed light kisses up her calf, over her knee, and across her inner thigh.

“Delectable,” he murmured, nipping lightly at her black lace thong.

Liz groaned and pressed her hips up invitingly. He was going to drive her mad. “You sound like you’re going to eat me up.”

He moved the lace aside and swept his tongue gently against her folds. “I am.” 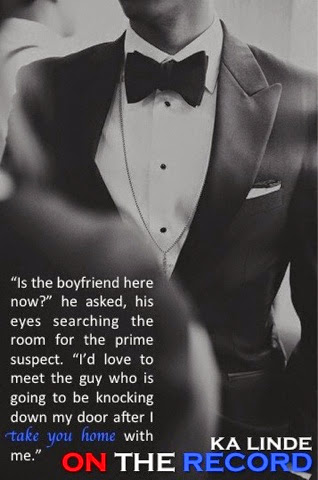 **Please also join us for Kyla’s RELEASE DAY PARTY for On the Record on Tuesday 8/26 from 3-8pm EST. Authors and bloggers will be stopping by to join in on the fun and we hope you will too!!