Review: The Play by Elle Kennedy 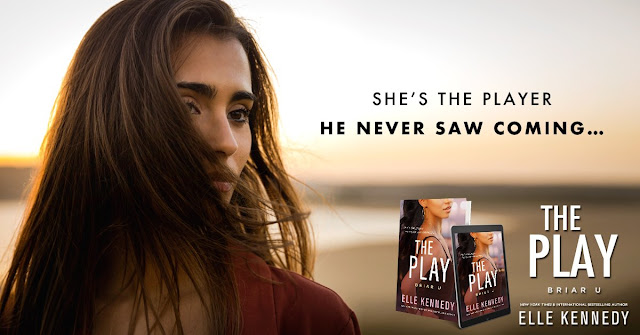 What I learned after last year’s distractions cost my hockey team our entire season? No more screwing up. No more screwing, period. As the new team captain, I need a new philosophy: hockey and school now, women later. Which means that I, Hunter Davenport, am officially going celibate…no matter how hard that makes things.
But there’s nothing in the rulebook that says I can’t be friends with a woman. And I won’t lie—my new classmate Demi Davis is one cool chick. Her smart mouth is hot as hell, and so is the rest of her, but the fact that she’s got a boyfriend eliminates the temptation to touch her.
Except three months into our friendship, Demi is single and looking for a rebound.
And she’s making a play for me.
Avoiding her is impossible. We’re paired up on a yearlong school project, but I’m confident I can resist her. We’d never work, anyway. Our backgrounds are too different, our goals aren’t aligned, and her parents hate my guts.
Hooking up is a very bad idea. Now I just have to convince my body—and my heart. 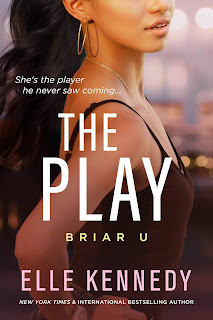 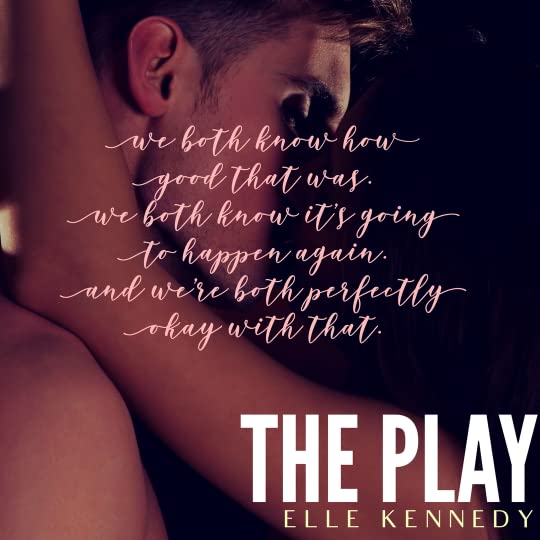 The Play is the third book in Elle Kennedy’s Briar U series. These books keep getting better and better. I’ve liked each one more than the last and this is my favorite so far!

Hunter Davenport is now that captain of his college hockey team, and he’s taking that responsibility seriously. Last year, his sleeping around was a part in them losing their season, and he’s bound and determined not to let that happen again. So he’s been celibate. He’s set on keeping his hands to himself and even though it’s difficult, he’s keeping his promise to himself.

Then he meets Demi. Demi and Hunter become partners for a psych project and they click. Hunter and Demi become fast friends and Hunter is relieved to know that Demi has a boyfriend she’s devoted to. It makes keeping his hands off of her that much easier. Then the boyfriend screws up and they break up… and Demi wants a rebound. She wants Hunter. And she’s hard to resist.

I loved the push and pull between Demi and Hunter, as well as their fabulous banter. These two had such chemistry and such a great relationship, even before they were technically in one. I loved their friendship just as much as I loved the romance. I also really loved getting to see so many characters from Elle’s Off-Campus series. I love them so much!

Sports romance is my favorite (hockey especially) and I love a good friends to lovers read. This one was dang near perfect for me and it I was completely captivated while reading. Elle Kennedy’s writing is always great and this book was too much fun! I laughed more than once and loved it! I hope this isn’t the last Briar U book, I’m dying for Conor to get his own story!!

Posted by Christy Baldwin at 7:30 AM