Tula Gomez is in the most ruthless prison in Latin America.


She only drove to Mexico to help her sister. She did nothing wrong.
But her quiet life changed in an instant.


To survive the violent, cartel-controlled prison where men blend with women, she pledges her loyalty to the notorious leader in exchange for the one thing she needs most.
Protection.


When she agrees to seduce the suspicious new inmates, Martin Lockwood and Ricky Saldivar, she doesn’t expect to enjoy it. Sure, they’re gorgeous, irresistibly alpha, and insanely talented with their hands and mouths. But they’re the enemy. She can’t fall for them.


Torn between her cartel loyalties and two men who want her as deeply as they want each other, she questions who is manipulating whom. Her search for answers leads to a passionate ménage, a soul-crushing secret, and an impossible choice. 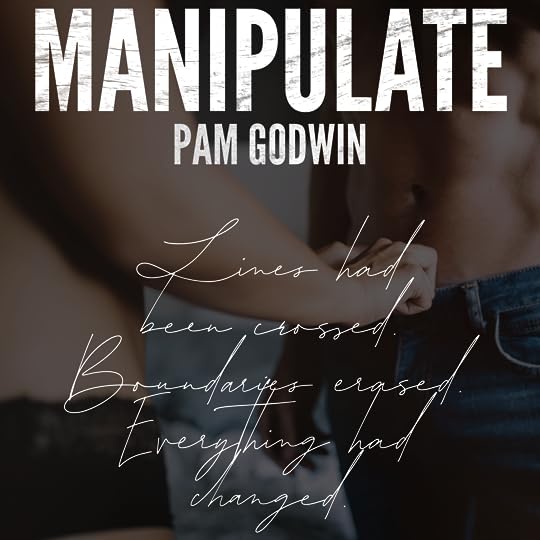 Three hearts without walls fused into a single soul without bars. Lost and found. Locked up and freed. Together, they became an unbroken forever.

Tula Gomez is a Spanish teacher from Arizona. She lives a quiet life, but her sister in Mexico… not so much. When she gets a call that her sister needs her, she goes. The last thing she expects is to be locked up in a Mexican prison and sentenced to 5 years. She doesn’t know how she will survive this, but she’s resourceful. She finds a way. When the cartel leader in lock up with her befriends her, she’d be stupid to turn away at his protection.

Martin and Ricky show up to the prison a few years after Tula’s been there. No one in Area 3 of their cell block knows what to make of these Americans but it’s Tula’s job to find out. She never expects to fall for one of them, let alone both. These three find out each others secrets, open up to each other in ways they never have before, and fall hard.

The sexual tension in this book was off the charts. First off, we know Ricky has been in love with his best friend Martin for YEARS and Martin has been celibate for his own reasons for years. Then we add Tula to the mix. Gah! It was just so good.

As always, there were so many twists and turns I didn’t see coming. I love that this author never fails to shock me. Also, after seeing who the heroine is for Luke’s book… omg. I don’t even know how that’s going to go but I can’t wait to find out!

If you’re looking for a book that’s raw, unapologetically dark, steamy as all get out, and one that will make you feel, pick this one up. This entire series is fantastic and I can’t recommend it enough.

“This is love. It slays and conquers and never looks back.”

DELIVER SERIES
Each book is a different couple. No cliffhangers. Must be read in order.

DELIVER, Book 1: FREE on all retailers

His name was Joshua Carter. Now it’s whatever she wants it to be.

She is a Deliverer.

As long as she delivers, the arrangement that protects her family will hold.

Delivering is all she knows.

The one thing she can’t deliver is a captive from slavery.

And her stubborn slave thinks he can deliver her…from herself.

Her life is like a prison cell.
A self-made, to-hell-with-the-free-world existence that locks from the inside.
Stop judging. Her agoraphobia doesn’t define her. It simply keeps her safe.

He belongs in a prison cell.
The 6x8, make-me-your-bitch variety that locks from the outside.
But he’s free. To hunt. To take. To break.
And he just found a sexy new toy.

Capturing her is the easy part. Her fucked-up mind, however, makes him question everything he does next.
But he’s a determined bastard. If all goes his way, this will hurt like hell.

Camila was seventeen when Van Quiso kidnapped her. Ten years after her escape, the shackles refuse to release her. Not while there are still slave traders preying on her city.
She will stop at nothing to end them.
Even if that means becoming a slave again.

Returning to chains is her worst fear—and only option. They won’t know who she is or what she intends to do. She’s prepared for every complication.
Except him.
The one who decimated her sixteen-year-old heart.

Matias is charming, gorgeous, and dangerously seductive. He’s also untrustworthy and enshrouded in secrets. After years of no contact, he finds her—on her knees, wrists bound, in the clutches of her enemy.
Will he sabotage her mission by needlessly saving her?
Or will he keep her in chains and never let her go?

“What is the price you’re willing to pay?”
“Money isn’t an issue.”
“I’m not talking about money.”

Tate is on the hunt to find his best friend’s sister.
Eleven years ago, Lucia Dias was abducted. Presumed dead. He never met her, so why does he care?
Some might call his efforts noble, but his motivation is more perverse, bordering on obsession.

When he follows a chilling lead to Venezuela’s Kidnap Alley, what he finds is neither a corpse nor a captive.

Amid poisonous lies and crippling depravity, the price of love is devastation.
And he pays.
With his body, his blood, and her life.

He’s a notorious crime lord, a kidnapper, and an artist.
Scarification is his outlet, and he just captured a new canvas.
Kate refuses to surrender beneath his blade or the cruelty in his beautiful eyes.
But she’s drawn to the man inside the monster. A man who makes her ache with his touch. Who owns her with his kiss.
A man who worships her as deeply as he hurts her.
She can run, but there’s no escape from a bond carved in scars.


Stand-alones
DARK NOTES
BENEATH THE BURN
DIRTY TIES
INCENTIVE
Posted by Christy Baldwin at 7:47 AM