A new town. A new identity. Pregnant and alone.
And far away from a past that can never find me.

I have no interest in befriending River. And he definitely doesn’t want to be befriended by me.

Then, he helps me rescue an abandoned dog. And, that day, I see something in his eyes that reflects back in my own. Sadness. Pain. Loneliness.

I know all of those things well.

An unwanted and unexpected friendship that somehow works. Then, without warning, it turns into something more.

River and I both have our secrets, and that’s okay. Because I understand him. And he understands me.

For the first time in my life, I have something I never thought I would have—happiness.

But happiness isn’t forever. Not for people like me.

Especially not when my past is waiting just around the corner, ready to come and take it all away. 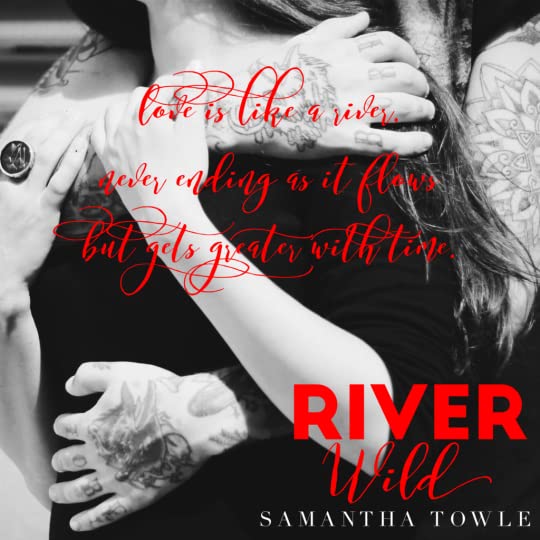 River Wild was a quick read for me, but it wasn’t an easy one. From the very start, both of these main characters stories broke my heart. It’s one of those books that you won’t want to put down. All I wanted for these two is to find the love and happiness they both deserved.

Carrie Ford is new in town. She’s pregnant, alone, and finally away from her abusive husband that she worked so hard to escape. She gets a place to stay, a job, and everything is going good. All but her neighbor, River Wild. River is a bit of a jerk. He’s never in a good mood and doesn’t really speak to anyone. But with time, he grows on Carrie and she starts to befriend him.

River can seem like a real ass, but you get all these glimpses into his past and you realize exactly why he is the way he is. Both he and Carrie deserve so much more than they were given. They are two broken souls who find healing in one another, and it’s a beautiful thing.

Sometimes, I feel like he's the other half of my soul. The part I was missing but didn't realise until the day when I looked into his eyes and saw him. The real him.


I loved watching the friendship between River and Carrie develop. You can tell River hasn’t had many friends. It was endearing. I also really loved watching it turn into more. No one deserved a beautiful love story more than these two. And watching how River cared for Carrie when she was pregnant and after the baby was born, sigh. It was so sweet.

Of course, there was a bit of drama and angst towards the end that had me on the edge of my seat, but overall I was very happy with the way it turned out. This definitely has some more serious themes/subjects,[May be hard for some to read: domestic violence, child abuse (hide spoiler)] but was well worth the read. 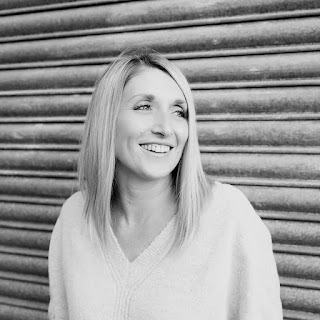 Samantha Towle is a New York Times, USA Today, and Wall Street Journal bestselling author. She began her first novel in 2008 while on maternity leave. She completed the manuscript five months later and hasn’t stopped writing since.

She is the author of contemporary romances, The Storm Series and The Revved Series, and stand-alones, Trouble, When I Was Yours, The Ending I Want, Unsuitable and Sacking the Quarterback, which was written with James Patterson. She has also written paranormal romances, The Bringer and The Alexandra Jones Series. All of her books are penned to the tunes of The Killers, Kings of Leon, Adele, The Doors, Oasis, Fleetwood Mac, Lana Del Rey, and more of her favourite musicians.

A native of Hull and a graduate of Salford University, she lives with her husband, Craig, in East Yorkshire with their son and daughter.

Posted by Christy Baldwin at 12:52 PM