Emma Chase's Royally Yours is LIVE!

Princess Lenora Celeste Beatrice Arabella Pembrook had an unusual childhood. She was raised to be a Queen—the first Queen of Wessco.

When she’s crowned at just nineteen, the beautiful young monarch is prepared to rule. She’s charming, clever, confident and cunning.

It’s her advising council’s first priority. It’s what Parliament is demanding, and what her people want.

Lenora has no desire to tie herself to a man—particularly one who only wants her for her crown. But compromises must be made and royals must do their duty.

Even Queens. Especially them.

Years ago, Edward Langdon Richard Dorian Rourke, walked away from his title and country. Now he’s an adventurer—climbing mountains, exploring jungles, going wherever he wants, when he wants—until family devotion brings him home.

And a sacred promise keeps him there.

To Edward, the haughty, guarded little Queen is intriguing, infuriating…and utterly captivating. Wanting her just might drive him mad—or become his greatest adventure.

Within the cold, stone walls of the royal palace—mistrust threatens, wills clash, and an undeniable, passionate love will change the future of the monarchy forever.

Every dynasty has a beginning. Every legend starts with a story. 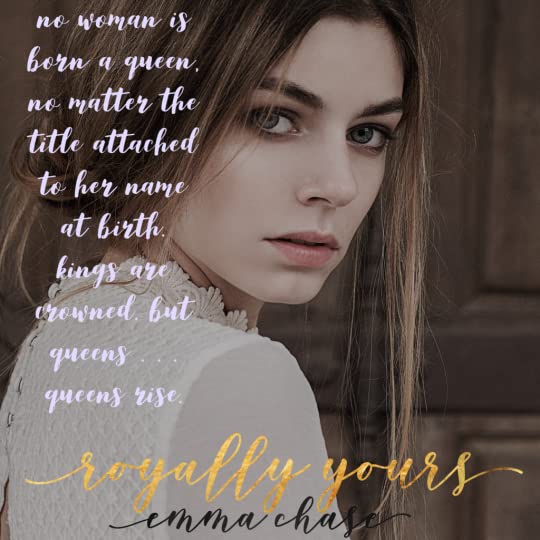 Leonra and Edward’s prequel is the story we never knew we needed. If you are fans of Emma Chase’s Royally series, you know and love Queen Leonora. If you haven’t read any of the previous books 1- get on that right away because they’re amazing and 2- you don’t technically have to. This book can be read as a stand-alone ;)

Leonora grew up knowing she would one day be the Queen. She just didn’t expect it would happen so soon. At nineteen, when her father passes away, she accepts the crown and sits on the throne. This is the first time there has been a crowned Queen. There are expectations, and one of those expectations is that Leonora is to be married. All the suitable husbands suggested are no one Leonora wants at her side. She is strong, independent, and doesn’t NEED anyone.

Then there is her best friend, Thomas. He would be a partner for her. Someone she can trust, someone who she doesn’t have romantic feelings for (and vice versa). Something again unexpected happens and Thomas is no longer an option, but his older brother Edward is. With Edward, Leonora has met her match. Gah! I adored Leonora and Edward together. They were everything.


I was made for this . . . for her. To cherish her, protect her and challenge her, to guide her and follow her—to be the man she needs, so she can be the woman, the queen, she was always meant to be.


I could go on and on about how fantastic, sexy, romantic, and swoony this couple is. Their love story truly wowed me and swept me right off my feet. They were an unexpected match, but a perfect pairing. This book warmed my heart, brought me to tears a few times, and was much more steamy than I expected- and I mean that in the best way possible! It also had some of the humor I’ve come to know and love from Emma Chase.

Royally Yours is unforgettable, stunning, intoxicating, and unputdownable. It’s an epic romance and one you need to read. Seriously, no one does royal romances better than this author!


“You are everything for me, Edward. Always. Never doubt that.” 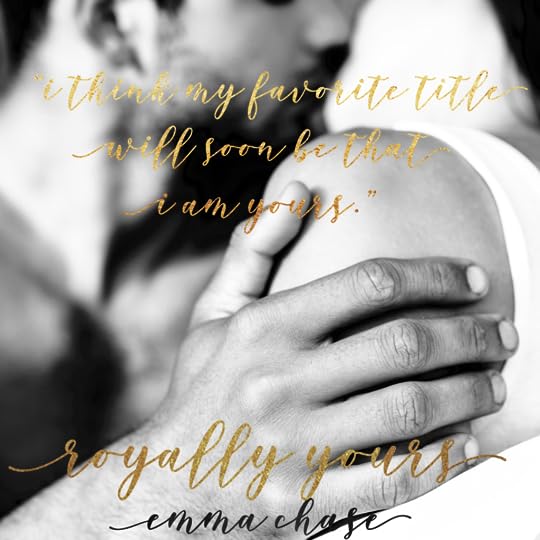 Emma Chase is the New York Times and USA Today bestselling author of the hot and hilarious Tangled series and The Legal Briefs series. Emma lives in New Jersey with her husband, two children and two naughty (but really cute) dogs. She has a long-standing love/hate relationship with caffeine.