“Kennedy Ryan’s writing continues to amaze and inspire. She is a genius wordsmith and a prose poet. And in Banner Morales, she has created the perfect heroine for this day and age. Don’t miss this read. It’s everything.” — Emma Scott, Bestselling Author


If I had a dollar for every time Banner Morales made my heart skip a beat...


The heart everyone assumes is frozen over.


Every glare from those fire-spitting eyes, every time she grits her teeth,


If I had a dollar for every time she's put me in my place, I'd be an even richer man.


I'm a successful sports agent because I assume "no" means you'll think about it.


I'm sure what you meant to say is "Coming right up.”


They say even rich men don't always get what they want,


but those men don't know how to play the game. The trick is to keep them guessing.


Take Banner. She assumes she's winning, but this game?


She doesn't even know how to play.


If I had a dollar for every time Jared Foster broke my heart, I’d have exactly one dollar.


I’ve found success in a field ruled by men.


Anything they can do, I have done better.


They can keep the field while I call the shots, blocking them when I have to.


And Jared has the nerve to think he gets a second chance?


I'll just be over here ignoring the man carved from my fantasies with a lust-tipped chisel.


But I've got that one dollar, and Jared won't have me.

Download your copy today or read FREE in Kindle Unlimited! 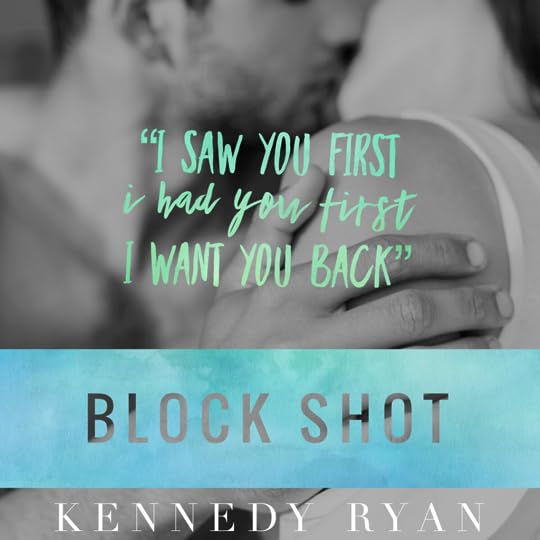 “Be unafraid to want it all and be disciplined enough to work hard to get it.”


Kennedy Ryan has done it again! Written a profound, empowering, and important book. Not to mention emotional, angsty, sexy, and completely captivating. THIS my friends, is why she is one of my favorite authors. Block Shot blew me away.

Banner and Jared meet in college. Banner is the smartest girl Jared has ever met, and Jared is the most handsome guy. They both are insanely attracted to one another, but Banner is not the type Jared usually ends up with. She’s not thin, blonde, or gorgeous. At least not in her own eyes. Jared sees her differently.


I honestly don’t know what’s under all those layers Banner wears, but those aren’t the layers I care about. I want to peel back her surface and study her soul.


Something beautiful that happens between Jared and Banner becomes ugly and the two go on with their lives. Both graduate college and become successful sports agents. Fast forward years later, and they are in the same city. Running in the same circles and running into each other constantly. Banner can’t get away from Jared fast enough every time she sees him, but Jared won’t let her go so easily this time. 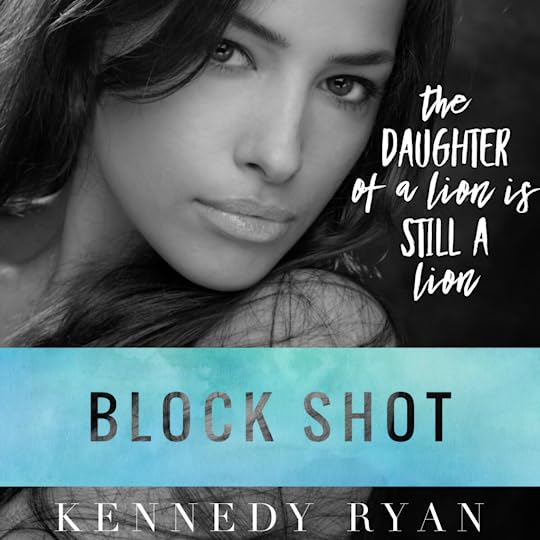 Banner and Jared had a pull to one another. It was there from the moment that they first met and never wavered with time. My favorite thing about this book is how much they both were attracted to the other- not their outsides, but as human beings. Jared wanted Banner no matter what size she was and Banner saw beyond Jared’s beautiful shell and loved the man he was on the inside. They were passionate about one another and that was beautiful.

“You’re so beautiful,” I whisper, my hands addicted to the feel of him. “It’s only a shell,” Jared says, his words seductive, his breathing more erratic. “I’ll crack it open for you and pour everything out.”


As much as this is a powerful love story, it’s also a story of a powerful woman and I loved that! Banner is kick-ass. She is strong, independent, and successful. She doesn’t need a man to complete her, she wants a partner that challenges her. She’s a woman I think many of us can look up to and aspire to be more like.

Block Shot is the second book in Ryan’s Hoops series (though they can be read as stand-alones) and I couldn’t tell you which book I loved more. Both are epic in different ways. And I can’t even wait for KeLo’s story! I’m so excited to get more from this world. This book is a MUST READ. It’s a truly fantastic book that was addicting and brought a great message out along with an amazing romance. Another book that will be going on my 2018 favorites list! 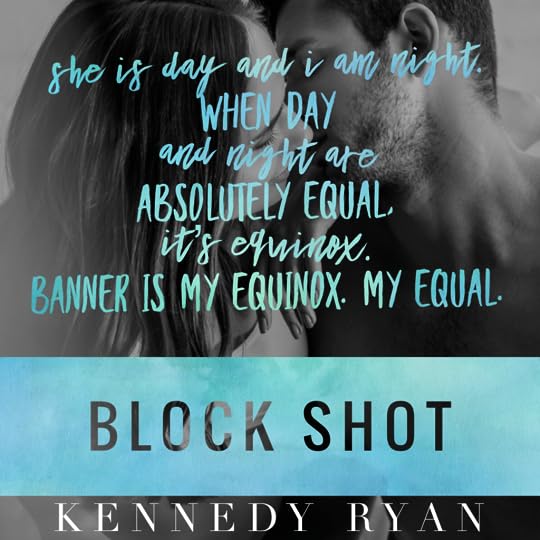 “For good?” He frowns and gives a quick shake of his head. “For good is too sanitized. I want your dirt and your pain and your darkness. Your weakness and your flaws.” He sprinkles kisses over my cheeks and nose, leaving adoration everywhere he touches me. “I don’t want you for good, Banner,” he says. “I want you forever.”

A Top 30 Amazon Bestseller, Kennedy Ryan writes about women from all walks of life, empowering them and placing them firmly at the center of each story and in charge of their own destinies. Her heroes respect, cherish and lose their minds for the women who capture their hearts.

She is a wife to her lifetime lover and mother to an extraordinary son. She has always leveraged her journalism background to write for charity and non-profit organizations, but enjoys writing to raise Autism awareness most. A contributor for Modern Mom Magazine and Frolic, Kennedy’s writings have appeared in Chicken Soup for the Soul, USA Today and many others. The founder and executive director of a foundation serving Atlanta Autism families, she has appeared on Headline News, Montel Williams, NPR and other media outlets as an advocate for families living with autism.

Posted by Christy Baldwin at 8:30 AM