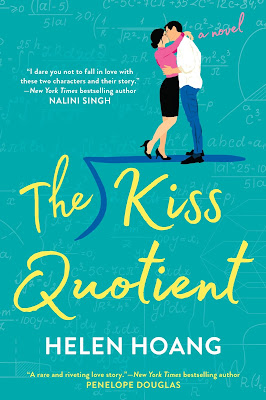 A heartwarming and refreshing debut novel that proves one thing: there's not enough data in the world to predict what will make your heart tick.
Stella Lane thinks math is the only thing that unites the universe. She comes up with algorithms to predict customer purchases--a job that has given her more money than she knows what to do with, and way less experience in the dating department than the average thirty-year-old.
It doesn't help that Stella has Asperger's and French kissing reminds her of a shark getting its teeth cleaned by pilot fish. Her conclusion: she needs lots of practice--with a professional. Which is why she hires escort Michael Phan. The Vietnamese and Swedish stunner can't afford to turn down Stella's offer, and agrees to help her check off all the boxes on her lesson plan--from foreplay to more-than-missionary position...
Before long, Stella not only learns to appreciate his kisses, but to crave all the other things he's making her feel. Soon, their no-nonsense partnership starts making a strange kind of sense. And the pattern that emerges will convince Stella that love is the best kind of logic... 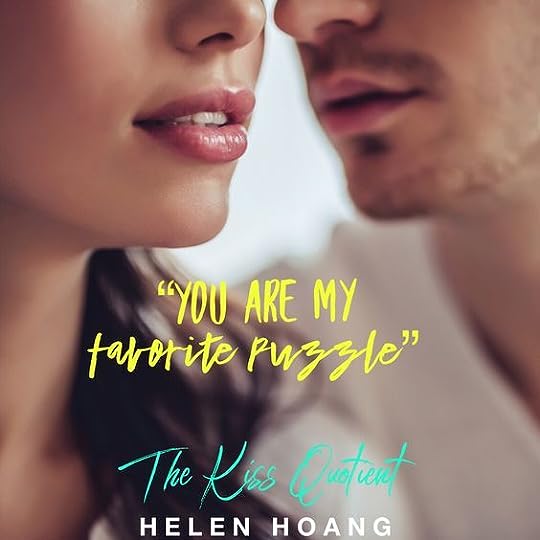 There isn't much better as a reader than finding a debut novel that you have zero expectations for, and it blowing you away. The Kiss Quotient did just that. Helen Hoang wrote a book that is smart, sexy, made me laugh, and gave me just the right amount of feels. There wasn't one thing I would change about this story or the characters. I loved everything about it!

Stella Lane is a thirty year old econometrician who is smart and successful, but lacking in one area of her life. Relationships. After her mother pressuring her to settle down and meet someone, Stella decides it's time she gives it a try. Stella has Aspergers, a high-functioning form of Autism that makes her a little awkward when it comes to relationships, sex, and certain social situations. Due to this, she decides to hire an escort to 'teach' her how to navigate this.

This is where Michael enters. Michael is an escort, but he's so much more than that. He is a stand-up guy who only escorts on Friday nights as a way to help his family financially. Honestly, he feels that he has no choice. When he meets Stella, he is stunned someone like her would hire an escort. She fascinates him. Michael is kind to Stella, he's patient and understanding to her situation. So much so, that being with him one night won't do.

These were supposed to be simple sex lessons. Why was it getting so complicated?


Michael and Stella develop a friendship and relationship of sorts. One of my favorite things about this book was seeing how Michael grew to care for Stella, embraced her quirks and handled everything that made her different. Both of these characters made my heart so happy. I adored them both and wanted nothing more than their relationship/friendship to go to the next level.

One thing I found so refreshing about this book is Stella's character. I could tell Hoang knew what she was talking about when she wrote Stella. Even though Stella is much different than me, she was very relateable.  Michael and Stella brought out the best in one another and their connection and chemistry were off the charts.

The Kiss Quotient is quite honestly one of the best books I've read this year. It was perfection. The story is refreshing and unique, and the writing is intelligent and fresh. I can't wait to see what else Helen Hoang has in store. I'll definitely be reading every and anything else she puts out! 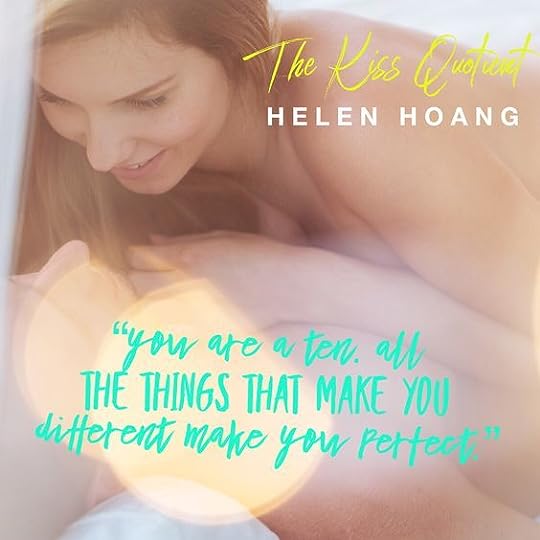 “You’ve watched Pretty Woman too many times. Kissing doesn’t mean anything, and it’s always best if you’re not thinking too much in bed. Trust me,” he said.
Her mouth thinned into a stubborn line. “This is too important for me not to think. I’d rather not kiss anymore if you don’t mind.”
Michael’s irritation redoubled, and he forced his hands to relax before he popped all his blood vessels. How the hell had he gotten himself into this? Ah yes, he’d been worried about his escort colleagues taking advantage of her. Stupid of him. His life was complicated enough without worrying about his clients. This was exactly why he had the one-session policy.
He would have backed out—it was tempting—but he’d promised. He always carried through on his promises. It was his way of balancing out the universe. His dad had broken enough promises for the both of them.
“All right,” he made himself say. “No kissing.”
“Do the other plans look okay?” she asked.
He forced himself to read them and found them pretty similar, only she’d moved from hand jobs to blowjobs and changed the sexual positions.
Amused despite himself, he said, “I’m surprised you used the terms ‘doggy style’ and ‘cow girl.’”
Her cheeks went bright red, and she adjusted her glasses. “I’m inexperienced, not clueless.”
“Your plans are missing something important.” He held his hand out, and she placed the pen in his palm with wary motions.
She tilted her head to the side as she watched him write FOREPLAY at the top of all the plans in capital letters. As an afterthought, he drew a box in front of each iteration with hard stabs of the pen.
“But why? I was under the impression men don’t need it.”
“You do,” he said flatly.
She wrinkled her nose and shook her head. “You don’t have to bother with me.”
He narrowed his eyes. “It’s not a bother. Most men like foreplay. I do. Getting a woman hot is satisfying as hell.” Besides, he was not having sex with her if she wasn’t ready. No fucking way.
Swallowing, she stared down at the menu. “So you’re saying I don’t have a chance to improve.”
“What? No.” His mind scrambled to figure out why she might say that and came up with nothing.
“You saw how I reacted. It was one button.”
“And then you slept with me all night. You were basically naked, and you cling.”
“Are you two ready to order?” the waitress interjected. Judging by the amused glimmer in her eyes, she’d caught the last part of their conversation.
Stella perused the dinner options, her nails picking at the fabric edging of the menu.
“We’ll have the special,” Michael said.
“Wise choice. I’ll leave you to it.” The waitress winked, gathered the menus, and disappeared.
“What’s the special?” Stella asked.
“I have no idea. Let’s hope it’s not woolly.”
A troubled frown bracketed her mouth, and she leaned forward hesitantly, meeting his eyes for the briefest second. “What exactly do you mean by ‘cling?’”
Michael grinned. “It means you like to cuddle when you’re asleep.”

“Oh.”
She looked so horrified Michael couldn’t help laughing. “I confess to liking it.” Which was the truth, and unlike him. Cuddling was an obligatory thing he did for his clients because he understood they needed it. He usually spent the time counting the seconds until he could leave and go home to shower. Holding Stella had been nothing like that. They hadn’t had sex, so there’d been nothing to wash away, and the trusting way she’d curled into him had made him feel things he didn’t want to think about. 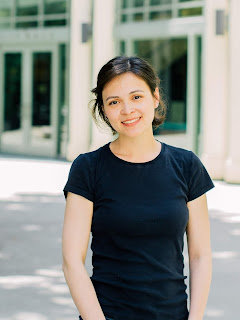 Helen Hoang is that shy person who never talks. Until she does. And the worst things fly out of her mouth. She read her first romance novel in eighth grade and has been addicted ever since. In 2016, she was diagnosed with Autism Spectrum Disorder in line with what was previously known as Asperger’s Syndrome. Her journey inspired THE KISS QUOTIENT. She currently lives in San Diego, California with her husband, two kids, and pet fish.

SaveSave
Posted by Christy Baldwin at 8:10 AM