When you can't trust yourself, how can you ask anyone else to?

It's been months since Aden Colt left the Army, and still the memories haunt him. When he moved into a tiny boat off the California coast, he thought he'd found the perfect place to escape life. Then Sawyer shows up and turns his simple life upside down. Beautiful and sophisticated, she seems out of place in this laid-back beach town. Something is pushing her to experience everything she can—including Aden. But as much as he wants her, starting a relationship with Sawyer puts them both at risk. For Aden, the past doesn't stay there; it shows up unexpectedly, uncontrollably, and doesn't care whose life it wrecks. 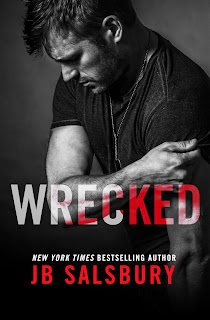 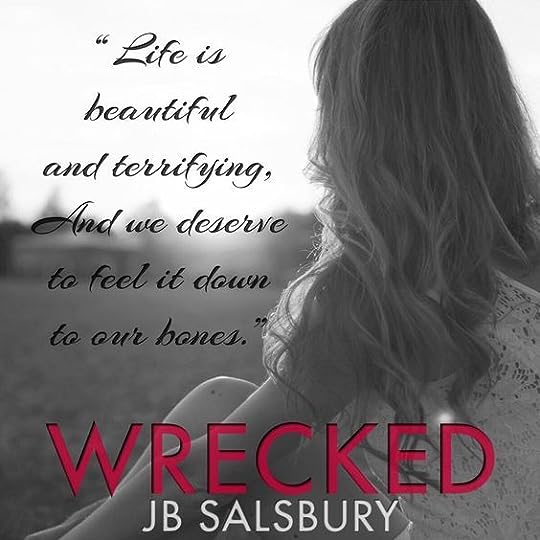 Wrecked is one of those books that pulled me in from the start and didn’t let go. I love starting a book and being hooked from the beginning. JB Salsbury wrote a beautiful story about living life to the fullest, forgiving others (and forgiving yourself), and letting love heal you. Honestly, when I started this one, I expected it to be a little more dark and angsty. I was pleasantly surprised with the way it turned out. Wrecked was very much an emotional and raw read, but it was also sweet, romantic, and even light hearted at times.

Sawyer’s life is best summed up in one word. Predictable. But something happens that changes her. Or someone. When Sawyer travels to California, her sister encourages her to live life to the fullest. To take risks and not be so orderly and safe. Sawyer does just that. She meets Aden Colt shortly after getting to California and is drawn to him immediately.

Aden Colt has been back in the states for a few months. After a traumatic tour overseas, he’s not the same man he once was. He struggles with his demons, and it seems that nothing and no one can help or reach him. Then he meets Sawyer. There is something about this girl with freckles that he can’t resist. Even though his better judgment tells him to stay away from her, he can’t.

Sawyer and Aden’s relationship changes them both. Sawyer lives fearlessly when she is with Aden. And Aden can function when he’s with Sawyer. I loved the two of them together! Aden is a tortured hero who has been through so much. I love the effect Sawyer has on him. And I really loved seeing Sawyer come into her own with Aden. They were a perfect match.

Wrecked is one of those stories that left me with a huge smile on my face. I love books that make me truly look at my life and make me think about living to life to the fullest. This story did that for me. The characters were lovable, the writing was fantastic, and the ending had me so happy I cried happy tears! 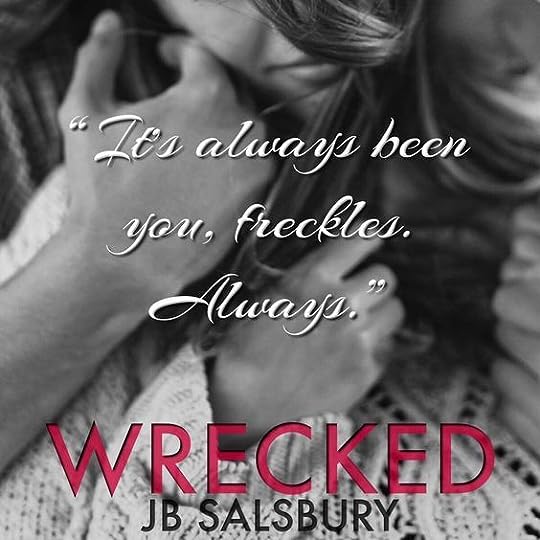 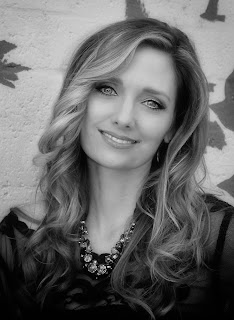 New York Times bestselling author JB Salsbury spends her days lost in a world of budding romance and impossible obstacles. Her love of good storytelling led her to earn a degree in Media Communications. Since 2013 she has published six bestselling novels in The Fighting Series and won a RONE Award. JB Salsbury lives with her husband and two kids in Phoenix, Arizona


SaveSave
Posted by Christy Baldwin at 5:44 AM