"Witty, sexy as all hell, and addictive like no other, Staci Hart BRINGS IT with Bad Penny."

Nothing good comes after the third date.


See, date three is the crucial point when things get real, which is exactly why I bounce out the door, twiddling my fingers at whatever poor boy I’ve left behind. Because if I stick around, one of three things will happen: he’ll profess his undying love, he gets weird and stalky, or I’ll go crazy. Like, Sid and Nancy crazy. Like, chase-him-through-the-streets-begging-him-to-love-me crazy.


Seriously, it’s better for everyone this way.


So when I meet Bodie, I figure it’ll be the same as it ever was. It doesn’t matter that he doesn’t put a single string on me. Doesn’t matter that he’s funny and smart and jacked and can play my body like a grand piano. Because even though I’m built for love, love has only carved me up like a Christmas ham.


Resistance is something I can only hang on to for so long, and he has persistence in spades. But my heart isn’t as safe as I want to believe, and neither is his. And the second I ignore my cardinal rule is the second I stand to lose him forever.

Now 99¢ and FREE in Kindle Unlimited! 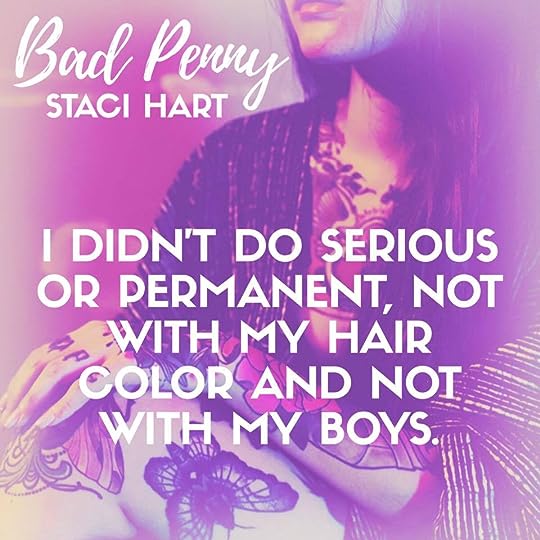 After reading several Staci Hart books, I know she can bring the laughs and bring the feels, but with Bad Penny, she has shown she can really bring the HEAT!

Penny is a single tattoo artist in the city. She works at Tonic, a tattoo shop you might have heard of before… She changes her man like she changes her hair color. Frequently. She has a rule. Three dates. Three times in the sack. That’s it. Otherwise, she gets weird and clingy, or he catches the feelings. Either way, it’s no good.

Then she meets Bodie. Oh Bodie. Bodie is the entire package. Smart, funny, sweet, handsome… he’s pretty hard to resist. And three dates doesn’t seem like enough. Especially when he’s ‘dicknotized’ her. Bodie knows how Penny feels about relationships. He knows this going in, she never hides it, but he has a plan. Maybe, just maybe he can make it work. Maybe he can keep her.


I knew I’d probably get burned if I fell for her, but if I could hang on to her? Well, it’d be worth the risk. Because I wanted more Penny. 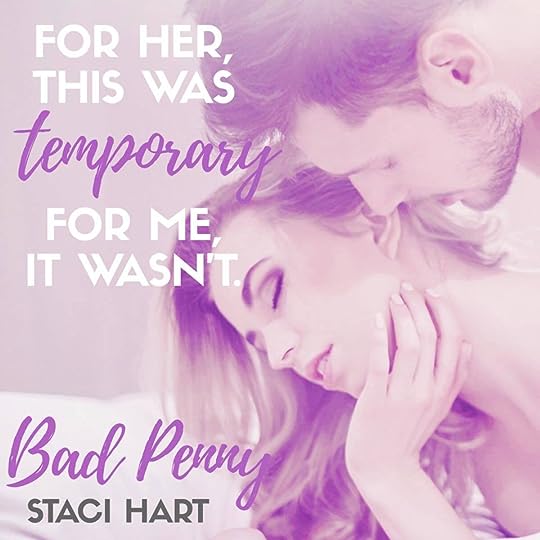 As I said earlier, this book was crazy hot. Like whoa. It kind of caught me off guard how steamy it was. And I mean that in the best way. It was also laugh out loud funny. There were so many one lines and quips that had me rolling. I love a funny and sexy book- it was truly the perfect light and steamy summer romance!

Staci Hart does a great job writing romantic comedies. I always look forward to reading her books because they make me smile. Penny was a lovable and fun character and Bodie was the perfect book boyfriend. If you’re looking for a swoony, sexy, and sassy book- look no further! Pick up Bad Penny!

She was mine. I was hers. And that was it. 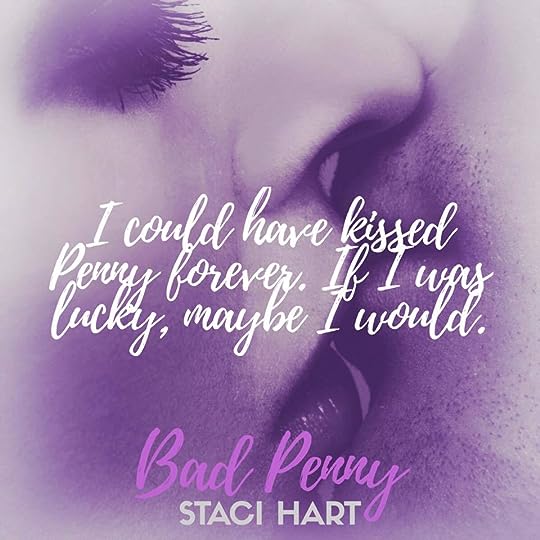 Staci has been a lot of things up to this point in her life -- a graphic designer, an entrepreneur, a seamstress, a clothing and handbag designer, a waitress. Can't forget that. She's also been a mom, with three little girls who are sure to grow up to break a number of hearts. She's been a wife, though she's certainly not the cleanest, or the best cook. She's also super, duper fun at a party, especially if she's been drinking whiskey.

From roots in Houston to a seven year stint in Southern California, Staci and her family ended up settling somewhere in between and equally north, in Denver. They are new enough that snow is still magical. When she's not writing, she's reading, sleeping, gaming, or designing graphics.

Posted by Christy Baldwin at 6:05 AM