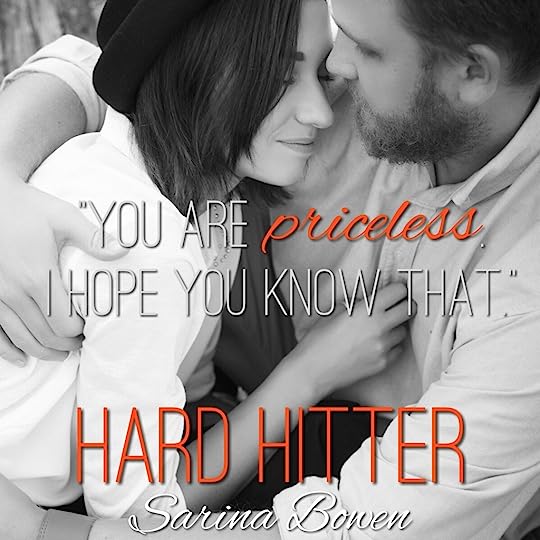 The moment after I finished the first book in this series, Rookie Move, my first thought was - I hope the next book is about O’doul. Patrick O’doul, the keep to himself team captain and enforcer of the Brooklyn Bruisers made quite an impression on me. I was excited to jump into this book and it did not disappoint. I love Sarina Bowen’s writing style and hockey books are my favorite type of sports romance so this was a big win for me.

At thirty-two years old he was suddenly more conscious of the toll the game took on his body. And the fighting he did for his team made everything riskier. So much could go wrong in those violent sixty or ninety seconds.


Patrick O’Doul has been in hockey for a long time. He’s an enforcer, which is essentially the fighter of the team. He’s good at what he does, but it’s taken a toll on his body and he’s not exactly a spring chicken anymore. With much encouragement from his coaching staff, he goes to see the team’s massage therapist, Ariana. Ari is great and O’Doul has always liked her, but he doesn't like anyone touching him. He doesn’t let anyone get close. Period.

Ari has just spent the last 8 years of her life with a man she feels like she didn’t even know. She is off men for a while and focused only on her job. When Patric O’Doul becomes a regular on her massage table, she can’t help but to feel for him. The more time they spend together, it becomes apparent that they both are developing feelings. With Patrick not getting close to anyone and Ari not wanting to take a chance on love… we are left wondering how things will work for this couple.

I loved seeing the soft side of O’Doul. Ari brought that out in him. He became more open, more vulnerable with her. And that transitioned into making him a better captain, teammate, friend and all around man. Ari was a little wishy washy for me, but it didn’t bother me as much as it normally would due to her situation. I loved the bond she had with some of the other girls in the series and the friendship she developed with them. What I really loved the most about O’Doul and Ari’s relationship is that it showed that the right person really can open you up and change your heart.

Hard Hitter is a wonderful addition to this series. A sweet and sexy slow-burn romance you don’t want to miss out on. After finishing this book, you will see why once again- I’m desperate for the next book in this series! I have a feeling Beacon and Lauren’s book is going to be just as amazing as the first two in this series! I’m also really hoping for a Becca and Nate book in the future. I know neither of them are actual hockey players, but I know that book would be epic! 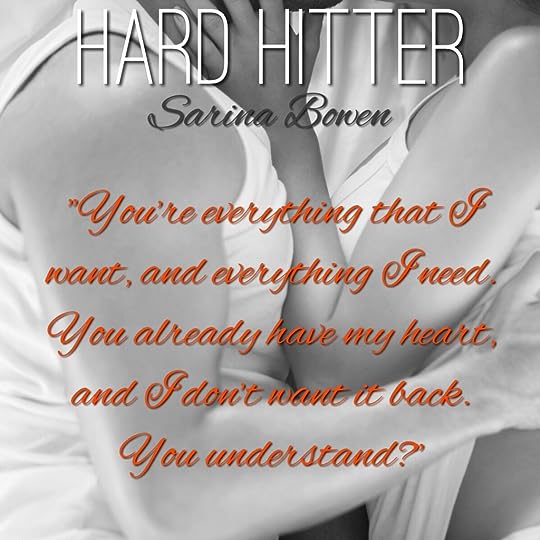 Posted by Christy Baldwin at 10:08 AM