Fire in You blog tour + Giveaway!

Some are born with fire in them.

✮✮✮SECOND CHANCES, HOPE, &RED-HOT CHEMISTRY…FIRE IN YOU, the final book in the #1 New York Times bestselling Wait For You World is here! Don’t Miss Brock and Jillian’s passionate and richly moving story in this standalone contemporary romance! And check out each stop on the FIRE IN YOU Review & Excerpt Tour taking place November 29-December 10!
✮✮✮

Let the FIRE IN YOU burn and grab your copy today!

About FIRE IN YOU:


From the # 1 New York Times and International bestselling author comes a richly moving story about heartbreak and guilt, second chances and hope. Full of familiar, fan-favorite characters and no two people more deserving of a happy ending, Fire In You will burn bright beyond the last page…


Jillian Lima’s whole world was destroyed in a span of a few hours. The same night her childhood love, Brock ‘the Beast’ Mitchell, broke her heart, her life was irrevocably altered by the hand of a stranger with a gun.  It takes six years to slowly glue together the shattered pieces of her life, but Jillian is finally ready to stop existing in a past full of pain and regret. She takes a job at her father’s martial arts Academy and she’s going out on her first date since a failed relationship that was more yuck than yum. Jillian is determined to start living.


She just never expected Brock to be a part of her life again. But he’s firmly back in her life before she knows it, and not only is he older, he’s impossibly more handsome, more teasing and more everything. And when he sees Jillian, he’s no longer capable of thinking of her as the little girl who was his shadow growing up or the daughter of the man who gave him a second chance at life. He sees the woman who’d always been there for him, the one person who believed in him no matter what.


Brock knows she’s the one he should’ve made his, and what begins as a tentative friendship quickly turns to red-hot chemistry that sparks a flame that burns brighter than lust. Falling for Brock again risks more than her heart, because when the sorrow-filled and guilt-ridden past resurfaces, and a web of lies threatens to rip them apart, the fallout could lay waste to everything they’ve fought to build together, and destroy the dreams of those they care most about. 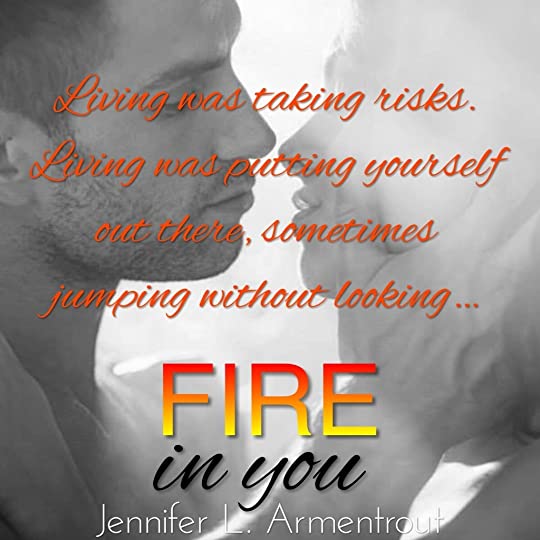 “Love is a fire. But whether it is going to warm your heart or burn down your house, you can never tell.”


Fire in You is the sixth book in Jennifer L Armentrout’s ‘Wait for You’ series. I always get excited when a new book comes out from this group. We always get to see some of our favorites pop up, and each book is a great mix of romance, emotion and they always have a lot of heart. Jillian and Brock’s story is no different. It’s a second chance love story of two childhood friends who went through something intense that changed their lives forever. They were separated by this event, but now life has thrown them back together… Life, or maybe just Brock.

One night several years ago changed Jillian’s entire world. All it took was one guy with one gun, and six years later, her life is still changed. She’s not the same woman she was before. She lost a lot of herself that night, but the thing that hurts the most is that she lost someone she considered her best friend, but wanted to be so much more than that… she lost Brock. Brock has so much guilt for what happened to his Jilly. He should have been there for her, protected her, but he wasn’t and he didn’t. He stayed away from her for six long years because that is what she wanted, but no more. Brock has put himself right in Jillian’s path.

I love a good friends to lovers story. I love even more when characters are damaged and help heal each other. This book really hit the spot for me on both of those aspects. It was a fantastic slow burn romance with lovable characters and even a few moments that made me laugh out loud. Brock and Jillian’s journey is beautiful and one you won’t want to miss out on!


“I love you because you have this fire in you that you don't even recognize, but I do. You're strong and you're a survivor.” 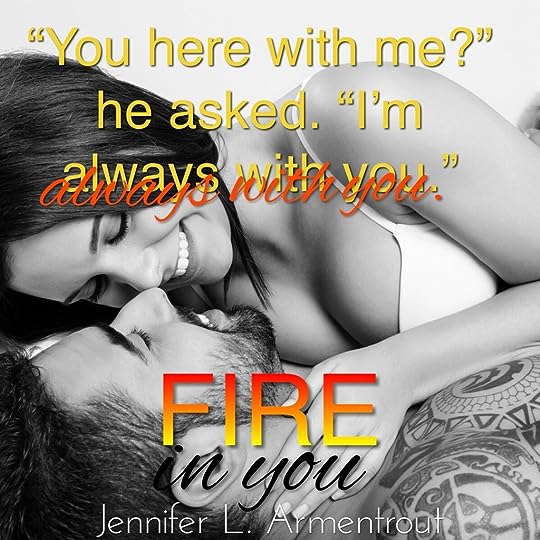 # 1 New York Times and # 1 International Bestselling author Jennifer lives in Martinsburg, West Virginia. All the rumors you’ve heard about her state aren’t true. When she’s not hard at work writing. She spends her time reading, watching really bad zombie movies, pretending to write, and hanging out with her husband and her Jack Russell Loki.

Her dreams of becoming an author started in algebra class, where she spent most of her time writing short stories….which explains her dismal grades in math. Jennifer writes young adult paranormal, science fiction, fantasy, and contemporary romance. She is published with Spencer Hill Press, Entangled Teen and Brazen, Disney/Hyperion and Harlequin Teen. Her book Obsidian has been optioned for a major motion picture and her Covenant Series has been optioned for TV. Jennifer has won numerous awards, including the 2013 Reviewers Choice Award for Wait for You, the 2015 Editor’s Pick for Fall With Me, and the 2014/2015 Moerser-Jugendbuch- Jury award for Obsidian. Her young adult romantic suspense novel DON’T LOOK BACK was a 2014 nominated Best in Young Adult Fiction by YALSA.

She also writes Adult and New Adult contemporary and paranormal romance under the name J. Lynn. She is published by Entangled Brazen and HarperCollins.

SaveSave
Posted by Christy Baldwin at 5:12 AM

Email ThisBlogThis!Share to TwitterShare to FacebookShare to Pinterest
Labels: Blog Tour, Fire in You, J Lynn