5 stars to Split by JB Salsbury!

New York Times bestselling author JB Salsbury makes her Forever debut with a stand-alone unforgettable new novel, with a twist no one will see coming . . .

What do you do when you wake up with no memory of what you did last night?

Lucas spent the first half of his life protecting himself from others, but now his own mind is his biggest enemy. He doesn't know what happens when the blackouts overtake him, but he can recall the feelings—the rage, the confusion, the fear. Thankfully the quiet life he's found in Payson, Arizona has kept the darkness at bay. Until his boss's estranged daughter shows up in town, asking questions she shouldn't and sparking a desire Lucas can't control. Getting close to Shyann is the best thing that's ever happened to him, but when his blackouts return, unleashing the truth he's battled so long to hide, he may just lose her forever . . . 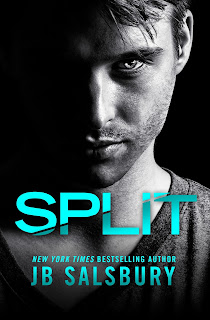 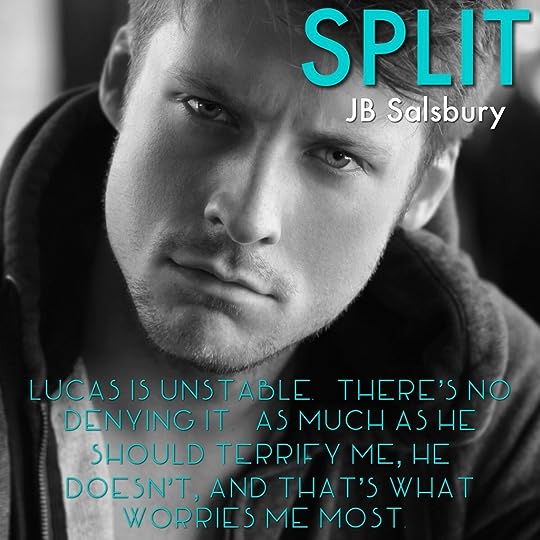 I love JB Salbury’s ‘Fighting’ series, so when I saw she had a new book coming out, I made sure to read it. I didn’t know what it was about, I didn’t read the blurb, and I LOVE that I went in blind. I have to recommend that you do, too. This is going to be one of those unforgettable reads for me. It’s been on my mind ever since I’ve read it. It’s got all of the elements to make up a favorite read for me. Emotional- check. Damaged hero- check. Strong heroine- check. Epic love- double check.

This review will be short and sweet, because I’ve read one or two of them (after I finished the book) and they’re loaded with minor spoilers, and I’m telling you now- y’all don’t want those! Even the smaller things in the plot could make the story less impactful IMO. And not knowing whats coming, that's the best part.

Split centers around Lucas and Shyann. Shyann has spent the last 5 years away from home. She was doing the college thing and trying to make it as a reporter. She never thought she’d be back here. But here she is. She’s not in the best place and decides working for her dad to save money and get back on her feet is the best way to move forward. It’s only temporary for her.

Lucas has been working for her father for a few months. He’s a quiet guy and Shyann is, for some reason drawn to him. He’s drawn to her, too, but Lucas won’t let himself get close to anyone. He has his reasons. 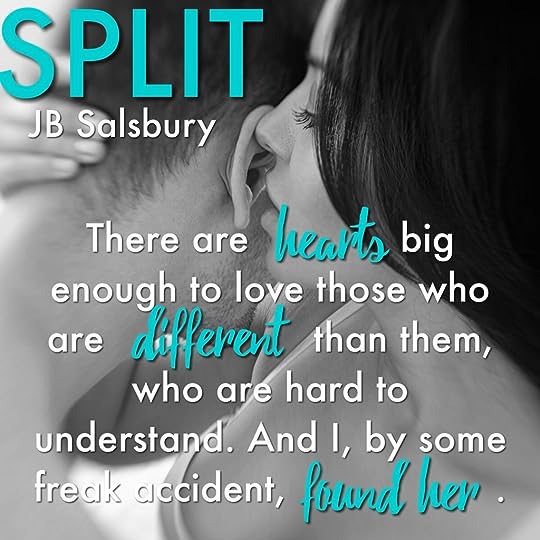 Lucas and Shyann. Which did I love more? It’s hard for me to choose. Shyann is fiercely independent, loyal, loving and patient. I thought she was amazing. Then there is Lucas. Beautifully broken Lucas. Hearing stories of his past seriously broke my heart. I don’t want to go into his character much, but know Lucas has a beautiful soul and he’s a complex guy.

This love story is unique, a bit suspenseful, steamy, and truly epic. There were moments it put me through the ringer, but when I finished, my heart was happy. As much as I love Salsbury’s fighting series, this is by far her best work yet. The characters are fantastic and developed, the plot is original and although it’s a tad bit on the dark side at times, the light really does shine through by the end. This book was perfect for a reader like me, and I highly recommend.

“I’m lost to you, Shyann.” I suck her bottom lip into my mouth. “Gone forever.” 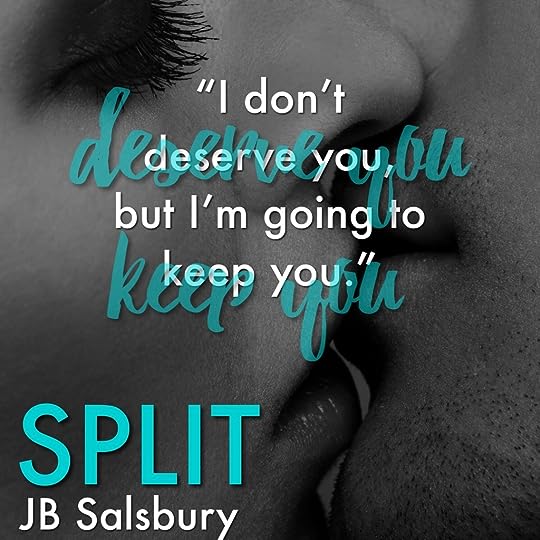 New York Times bestselling author JB Salsbury spends her days lost in a world of budding romance and impossible obstacles. Her love of good storytelling led her to earn a degree in Media Communications. Since 2013 she has published six bestselling novels in The Fighting Series and won a RONE Award. JB Salsbury lives with her husband and two kids in Phoenix, Arizona.

Posted by Christy Baldwin at 8:28 AM