We fell in love in a lightning strike, a sudden anomaly in a sea of lost people.
He knew right away, yet I was hesitant. I could have never prepared myself for a love like ours.
No one could.
As a child, I had conjured an amazing story in my mind. It was a story I could retell about a man that would move me like no other; a story about the way we met and how he had swept me off my feet. But, the ending to that fairytale was so far from the reality.
No one will want to hear that story now, but for Grant, I will always tell it.
***Explicit Sex and Language. Not for those who are not fans of spontaneous love affairs. 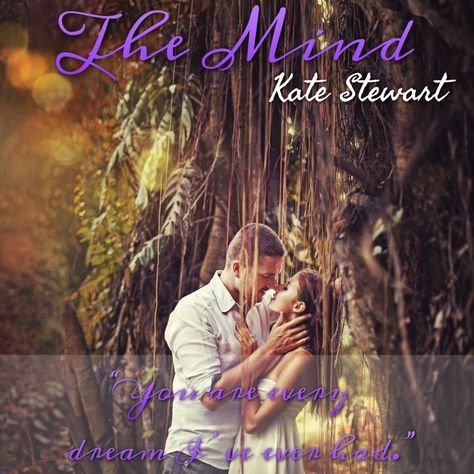 Kate Stewart just ripped out my heart, then stomped on it for good measure. Seriously folks, this one was heartbreaking. It gave me all the feels. But let me tell you something- I loved every minute of it. It wasn’t an easy book to read, but I’m happy I picked it up. After reading The Fall, I needed Rose and Grant’s story. This novella should be read after The Fall. It’s also a prequel to Rose’s book coming out soon. I don’t even know how I’m going to get through that one!

When Rose and Grant meet, it’s something special. Grant knows right away that she is the one for him. Rose takes a bit more time to convince.

“You know, Rose, I know you feel it, too. It’s okay to be a little afraid. But this is how the good ones start.”


Their love story is beautiful, it’s inspiring and completely epic. I fell in love with them as a couple, and even though I knew what was going to happen, I was in complete denial. I actually texted my bestie when I get to 60% and told her I would come back to this book in a day or two. Right now in my head they are happy together and I want to stay there. See… me=delusional!

In all seriousness, Kate is such a talented writer. Her words are beautiful and her writing is strong. This story was short, but one I’ll never forget. I laughed, I smiled, and I completely broke down and ugly cried by the end, but I don't regret reading it. The stories that hit me this hard and gut me are the ones I never ever forget! 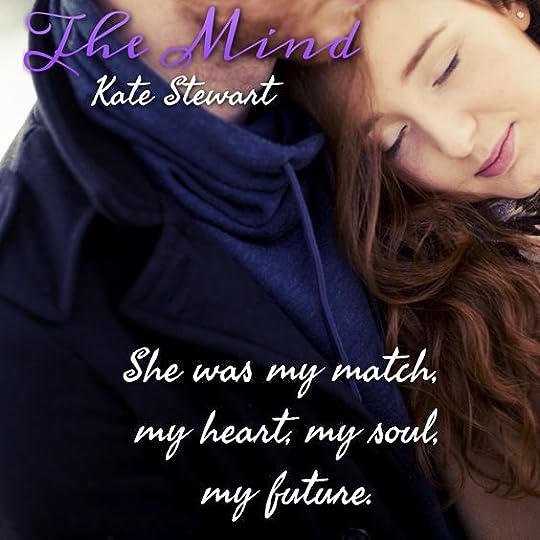 When I started school, I’d decided that love could wait. Well, after my one and only boyfriend threw me away for someone that looked more like the girl I’d taken a seat next to. I envied girls like that, so well put together at all times: the right clothes, the right shoes, perfect hair and skin tone, no matter the weather. I, however, was a hot mess and had been since I was a kid. Growing up, I had absolutely no interest in playing Barbie’s with my sister when I could be swinging from trees. When we were younger, Dallas used to come in from playing to show our parents she hadn’t gotten her clothes dirty, while I, to my mother’s absolute horror, brought in anything that crawled or hopped. As I watched the girl next to me play with her perfectly painted nails, I swore to myself that one day I would make time for things like that. I would become a better, more alluring version of myself.
Yeah, right.
School came first, love would have to wait, and my father agreed wholeheartedly. My mother, on the other hand, had told me “The whole world would not make a damn bit of sense until I fell in love.” I’d already tried that and had barely made it out alive. My parents were a pair of romantics. While I did subscribe to their brand of thought, right now was not the time.

Curiosity got the best of me and I turned to my left, although I had sworn to myself I wouldn’t, and felt the prick of a tingle start from my scalp then down my back as I found his eyes on me.

Turning my attention back to the lecture, I cursed my stupid curiosity. Why was he still looking at me?

When we were dismissed, I stood up to make my way to my apartment to read what I could to prep for my next lab, but was stopped short at the door by the same man that had already taken up too much of my imagination. I pushed past him for the second time but was stopped in the corridor when he addressed me.

“You.” It was a statement from him, not a question. I turned to look at him, utterly confused.

“Me?” I noticed his girlfriend eyeing our exchange as she continued to talk to her friends.

“Rose,” he mimicked, his eyes still intent on mine. He stood with his hands in the pockets of his jeans as he continued to stare. I finally broke our gaze. He smiled at the ground for a moment then looked at me again. “Okay.” His smile was breathtaking. It was boyishly handsome on a face that screamed all man. I was supposed to be doing something. What was I doing? He had my full attention. I couldn’t tear my eyes away. He was quite a bit taller than I was and had a broad chest that was torturing his pale blue t-shirt. He didn’t belong in my class. He didn’t belong in this school, and it was too easy to tell. He had a deep tan and looked to be a bit of a roughneck. We stared at each other for a full minute as I tried desperately to take all of him in, but he had too much body for me to compartmentalize. Between the bulges in his arms, his broad chest, and an ass I was straining to get a glimpse of, I concluded he looked like Tarzan in modern day clothing. If I kept my appraisal of him going on any longer, I felt I would start spouting off things like: “You Tarzan, me Jane, and me want to swing.”

“Okay, Rose,” he said, interrupting my inner dialogue and daydream. Damn him! We were almost happy living in the trees. It was obvious he had something on his mind.

“Is there a conversation I’m having with you that I don’t know about?” I asked in a hushed tone.

“Well... who are you?” He looked back at me with a confidence I’d only seen a few men carry, namely my father.

Kate Stewart, a native of Dallas, now resides in Charleston, S.C. She moved to the city three weeks after her first visit, dropping her career of 8 years, declaring the city her creative muse. Since her move in 2010, she has published two novels, the third coming July 2015. She lives with her husband of 8 years, Nick who is featured on the cover of the novel, TITAN.
Her other novels include Room 212, Never Me, and Loving the White Liar which are all available now.
Website * Facebook * Twitter
Hosted By:

Posted by Christy Baldwin at 8:57 AM