Love is a trap, a trick only other people fall for. Former Navy SEAL Nolan has no such illusions. The only things real in his life are his beloved bulldog and the two women in his life. One is soft and innocent, someone he could build a real future with. But the other is dark and gives him all of the wicked things he craves behind closed doors. What starts out as casual quickly becomes complicated. Can he walk away from a sure thing for something that's foreign territory?

Nolan thinks we met by chance. We didn’t. I sought him out, seduced him, and in return got the sanctuary I needed to survive. But now, impossibly, I’ve fallen in love with him. I don’t care that he has another lover, because when he finds out who I am, it’s going to ruin any chance I ever had with him anyway. She’s the least of my worries.

Bait & Switch is Book 1 in the new contemporary romance series Alphas Undone, which will each feature a new couple.This is a standalone full-length novel. It does not contain cheating. 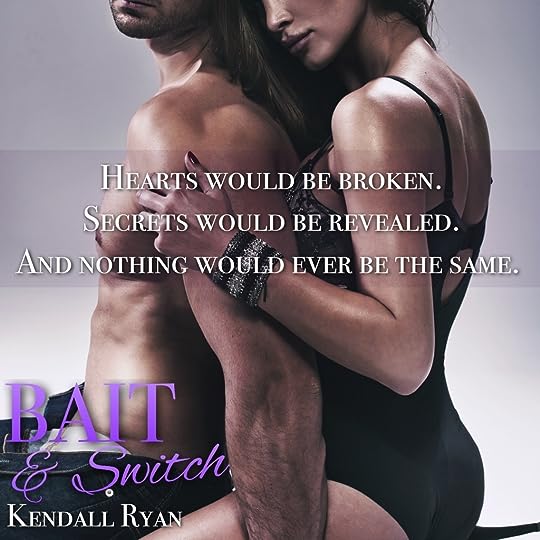 I enjoy Kendall Ryan’s writing style and the fact that her books are usually short, easy and sexy. I know what to expect when I’m starting one and I like that consistency. Bait & Switch was not the normal Kendall Ryan experience. It stressed me out and it was a bit more suspenseful than what I’m used to from her. It was also probably her strongest writing to date.

Nolan is a former Navy SEAL who now works security. He doesn’t do dating, romance or love. He has a roommate who he has an arrangement with, but she isn’t his girlfriend. He’s set in his ways and things work for him the way they are. Until he meets Lacey. Lacey is the first girl in a long time Nolan wants to date. To spend time with. She understand the score with his roommate and that it’s not serious etc. Lacey genuinely likes Nolan, but she’s with him for a reason. She has secrets, things she can’t tell anyone.

A lot going on, right? After reading less than half of this book, I could smell disaster from a mile away. In the words of Nolan:

This entire situation was the definition of a clusterfuck.


There really was so much going on, and towards the end, I didn’t know how Kendall would wrap it up and make everything okay, but she did. And it was. 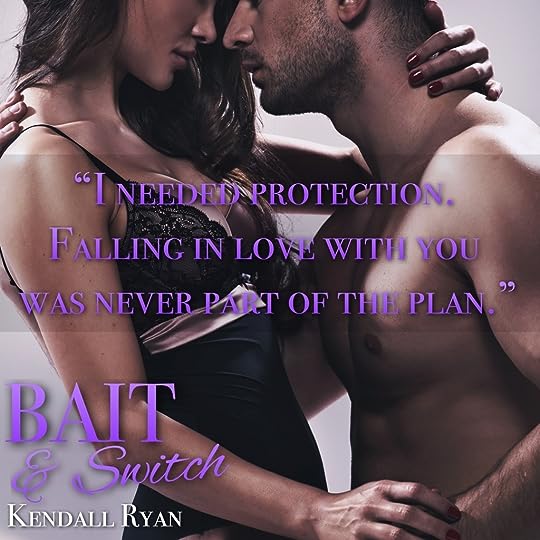 As I said before, Bait & Switch isn’t your typical Kendall Ryan romance. It’s a little more edgy, angsty and suspenseful. The story line wasn’t my absolute favorite, but I can see a lot of people loving it. The second book in this series will focus on Nolan’s friend, Greyson and I can’t wait for his book! That sneak peek at the end of this has me salivating!

Kendall Ryan is the New York Times and USA Today bestselling author of contemporary romance novels, including Hard to Love, Unravel Me, Resisting Her and When I Break.
She's a sassy, yet polite Midwestern girl with a deep love of books, and a slight addiction to lipgloss. She lives in Minneapolis with her adorable husband and two baby sons, and enjoys hiking, being active, and reading.
Visit her at: www.kendallryanbooks.com for the latest book news, and fun extras

Posted by Christy Baldwin at 8:44 AM