This continuation of The Keatyn Chronicles series follows the lives and loves of those who work at Captive Films.

Movie star, Keatyn Douglas, whose epic love story has spawned a series of books and movies.

And Dawson Johnson, who joins Captive with a tragic past.

With laugh out loud moments and swoon-worthy guys, The Keatyn Chronicles is a fun, sexy, and addictive series you won't be able to put down. -J. Sterling, USA Today Best Selling Author.

Money by Jillian Dodd
My rating: 4 of 5 stars

Money is the 10th installment of the Keatyn Chronicles. These last few have taken place when our favorite characters are adults and out of the dorms of Eastbrooke. This installment, like the other two, focus on Riley, Dawson/Vanessa and Keatyn/Aiden. The only way I can think to review this is by person/couple so here we go… lets get the hard part out of the way first…. 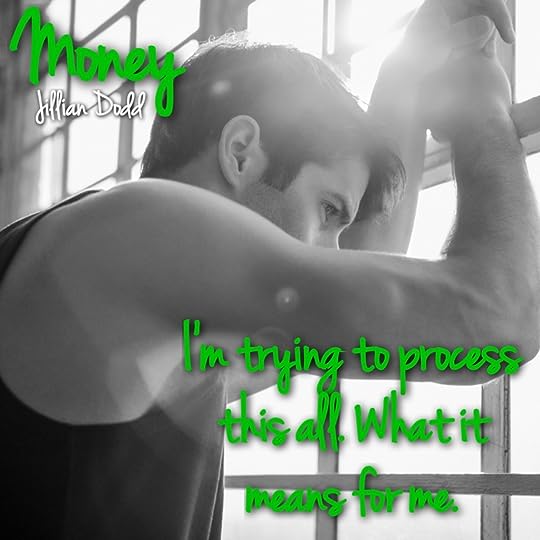 If you’ve ever seen a review of mine for this series, every single one of 9 books mentions my boy Riley. He’s been my favorite character since book 1. He was THE BEST. Now in this book, I was let down by my boy. I can’t even explain how disappointed I was by his actions. I hope Jillian can find some way to redeem him for me in the following books because I would love to end one of my favorite series on a high note when it comes to Riley. 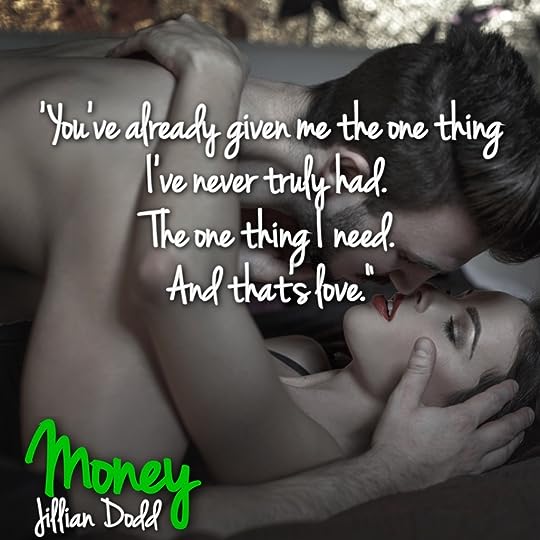 No one is more surprised than me about how much I love this couple. Dawson and Vanessa were never my favorite characters, but boy do I love them all grown up! Dawson with his daughters, it’s beautiful to watch. And Vanessa has so much more depth than I ever imagined she would. Their story is one I’m very interested to read more about. 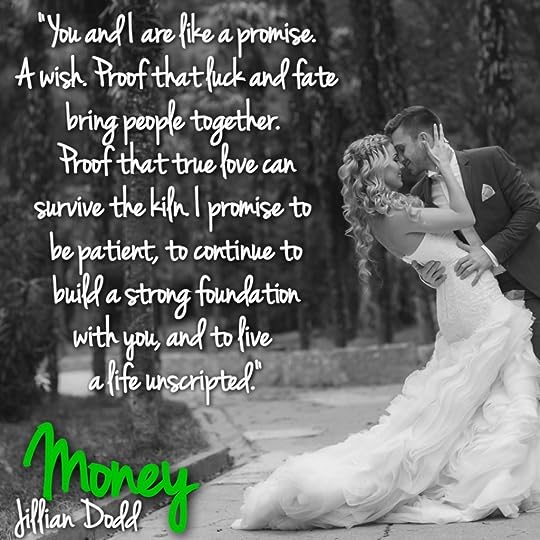 This is the moment we’ve all been waiting for. And it stole the show. It feels like every Keatyn and Aiden scene I have about a million highlights. Their parts of the story were absolute 5 star perfection. It couldn't have gotten any better. This is the Boots & Moon Boy I fell for from the start. I have always rooted for this couple and my heart is happy after reading this part of the book!

I love Jillian’s writing and I adore these characters. Even with my mass disappointment in Riley, I still felt this was a great addition to the KC and I’m looking forward to the final two!

I’m wearing a huge smile as I get dropped off at my building and walk through the door, talking to Ariela on the phone.

Having her come back into my life after so many years has been both excruciating and exhilarating. But this weekend changed things. We faced our past together and, in one week, we’re going to decide if we want to pursue a future together.

As much as I want to be with her, honestly, I’m a little torn about it.

Part of me wants nothing more than to pretend we never broke up. But the reality is that she’s married. And even though she filed for a divorce, I wonder if it’s too much too soon.

In a very short time—on a whim—she came to California, was reunited with me, slept with me, filed for a divorce, got a new job, and went back to Eastbrooke. I mean, how many more life changes can she throw at herself all at once?

I loved her with everything I was in high school, and I was devastated when she left with nothing more than a goodbye.

And since she’s come back, she’s wreaked more havoc in my life.

Soon, I’ll have to decide if I want to risk another relationship with her. Even though she still looks like the girl I loved, she’s different—life, age, and time have that effect.

“Riley!” A shrill voice stops me in my tracks, wiping the smile off my face.

“Shelby, what are you doing here?” I ask, as she gets up from the couch in the lobby. “I told you I didn’t want to see you again.”

“I need to talk to you, Riley. It’s important. Can I please come up?”

I know girls like her. No way I’m letting her come up.

“Uh, hang on,” I say to her, putting the phone against my chest. Then I say discreetly, “Shelby, whatever you need to say, you can say here.”

“God, you’re such an ass,” she hisses loudly. “I thought you might want to do this in private.”

“I don’t want to do anything with you, in public or in private.”

“Well, you’re going to have to now, Riley. Because I’m pregnant,” she says, uttering the words no man wants to hear from a three-night screw.

“Do you really want to do this here?” she asks, glancing toward my doorman.

“Fine. Come up.” I drag her into the elevator. Once it closes, I say, “I don't know who you’ve been fucking, but if you’re pregnant, there’s no way that it’s mine.”

“Yes, it is, Riley. I haven’t been with anyone since we broke up.”

“We didn’t break up. You went to a few events with me. We fucked. And I used a condom every single time.”

She shrugs. “I don’t know what to tell you. They aren’t one hundred percent effective. I’m sorry, Riley. I certainly didn’t plan on getting pregnant.”

I shake my head. I can’t fucking believe this. But I’m not stupid either. I go into my guest bathroom, grab a pregnancy test out of the cabinet, and then hand it to her. “Take this.”

“Honey, you’re not the first girl to tell me she’s pregnant.” I open it up and hand it to her. “Go pee on it, bring it out, and we’ll watch. See what happens.”

She hesitates, just as they all do. “Um, I don’t know if it will work yet. I’m barely pregnant.”

“I will, I’m just saying that they aren’t all as accurate as the one I took.” She lets out a dramatic sigh and goes into the bathroom, not bothering to shut the door. When she sees me watching her pee, she gives me a sexy smile.

Of course, that’s what got me into this mess.

I hear the toilet flush and turn around.

“Here’s the stick, Riley. I’m going to sit down. Pregnancy is exhausting.”

She flops down on my couch while I stare at the stick, willing the line not to change.

What more could a girl want? (Love, maybe?)

Reviewers are calling The Keatyn Chronicles a sexy mix of Gossip Girl and 90210. This USA TODAY bestselling series will become your guilty pleasure!

Keatyn’s high school story completes in book 7 of the series: Get Me, and we see our favorite characters in a new stage of their lives 10 years later in book 8: Fame. Books 8-12 can be read as a standalone series.

Jillian is the USA TODAY bestselling author of thirteen contemporary romance novels, from the The Keatyn Chronicles and That Boy series to Vegas Love. She grew up on a farm in Nebraska, where she developed a love for Midwestern boys and Nebraska football. She currently lives in Florida.
Checkout Jillian's website for added content and sneak peaks at: www.jilliandodd.net and be sure to sign up for her newsletter there