We are absolutely thrilled to bring you the Review/Excerpt Tour for BUILT by Jay Crownover! BUILT is a Contemporary Romance novel being published by HarperCollins, and it is the 1st full-length novel in The Saints of Denver Series, a spinoff of her New York Times bestselling Marked Men Series. This amazing book releases on January 5th! 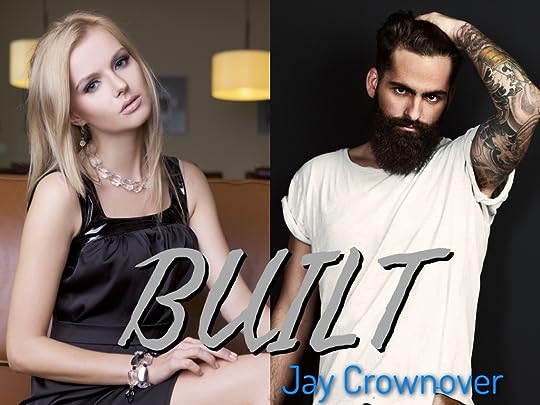 The first Crownover book in her new Saints of Denver series was a real hit for me. Ever since I saw the chemistry between Rowdy’s sister, Sayer, and his friend, Zeb, I knew I needed this book! And Zeb didn’t disappoint- he’s a completely lovable guy. In fact, I think Zeb Fuller is now one of my favorite leading men of hers.

Zeb Fuller renovates homes for a living. He’s successful at what he does and he enjoys it. He also lets his clients know upfront that he has a past. He feels it’s the fair and right thing to do. Zeb made some poor choices (for the right reasons) a while back, he paid for them, and he’s moving on. One client, Sayer Cole, a family attorney, seems to not mind at all about Zeb’s past. She seems to like him regardless. And he really likes her. Just as things start to look like they might go in the right direction for them both, Zeb finds out something that shakes him to the core. And it’s something that he needs Sayer’s help with. 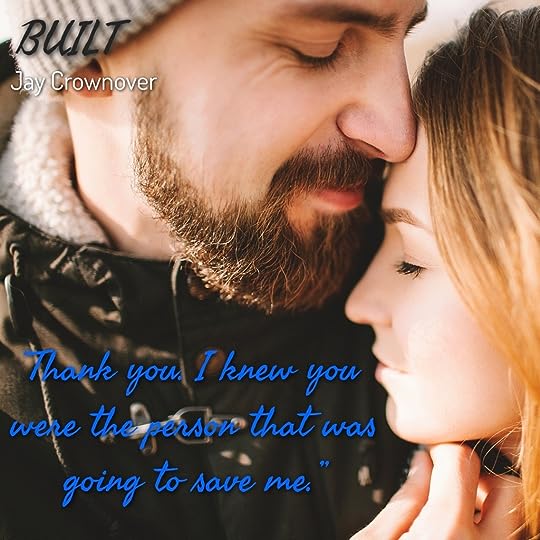 Sayer was hesitant to jump into anything with Zeb, but it wasn’t Zeb. It was anyone. She’s a very closed off character and it takes her a while to open up, get through some of her issues etc. I saw so much growth with her character and I loved how patient and understanding Zeb was with her. Zeb also had things in his past that he had to deal with. They came up full force in this story. And Sayer never once judged him for his past or anything he had done. I loved her for it. I adored both the hero and heroine in this story, so yay for that!

Built was a great start to this new series. I love that we get to see some of our favorite Marked Men, along with getting stories of new characters. I can’t wait for the next book. Seriously- if it’s is Quaid and Avett… Gah! I need their book!

If you’re looking for a hero with a heart of gold, two characters with a ton of chemistry and beautiful heartwarming story, pick this one up! 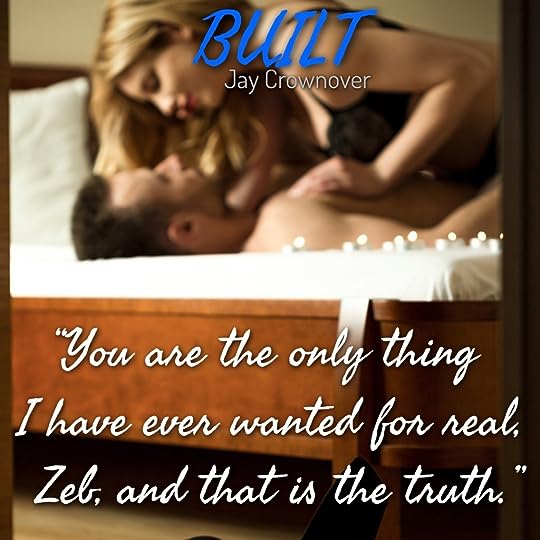 From the New York Times and USA Today bestselling author of the Marked Men books comes an electrifying new spin-off series,Saints of Denver, featuring all the characters fans have been dying to read about.

Sayer Cole and Zeb Fuller couldn’t be more different. She’s country club and fine-dining, he’s cell-block and sawdust. Sayer spends her days in litigation, while Zeb spends his working with his hands. She’s French silk, he’s all denim and flannel.

Zeb’s wanted the stunning blonde since the moment he laid eyes on her. It doesn't matter how many smooth moves he makes, the reserved lawyer seems determinedly oblivious to his interest—either that or she doesn't return it. Sayer is certain the rough, hard, hot-as-hell Zeb could never want someone as closed off and restrained as she is, which is a shame because something tells her he might be the guy to finally melt her icy exterior.

But just as things start to heat up, Zeb is blindsided by a life altering moment from his past. He needs Sayer’s professional help to right a wrong and to save more than himself. He can’t risk what’s at stake just because his attraction to Sayer feels all consuming. But as these opposites dig in for the fight of their lives, battling together to save a family, the steam created when fire and ice collide can no longer be ignored.

And don’t miss the previous novella in The Saints of Denver Series!

Jay Crownover is the New York Times and USA Today bestselling author of the Marked Men and The Point series. Like her characters, she is a big fan of tattoos. She loves music and wishes she could be a rock star, but since she has no aptitude for singing or instrument playing, she'll settle for writing stories with interesting characters that make the reader feel something. She lives in Colorado with her three dogs.

Posted by Christy Baldwin at 5:47 AM