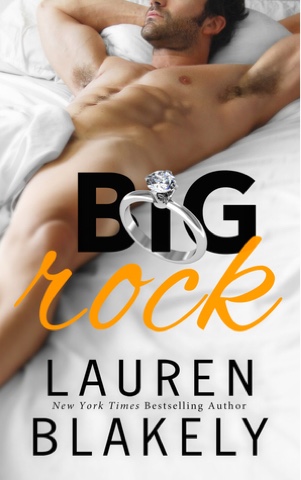 It's not just the motion of the ocean, ladies. It's definitely the SIZE of the boat too.

And I've got both firing on all cylinders. In fact, I have ALL the right assets. Looks, brains, my own money, and a big cock.

You might think I'm an asshole. I sound like one, don’t I? I'm hot as sin, rich as heaven, smart as hell and hung like a horse.

Guess what? You haven't heard my story before. Sure, I might be a playboy, like the NY gossip rags call me. But I’m the playboy who’s actually a great guy. Which makes me one of a kind.

The only trouble is, my dad needs me to cool it for a bit. With conservative investors in town wanting to buy his flagship Fifth Avenue jewelry store, he needs me not only to zip it up, but to look the part of the committed guy. Fine. I can do this for Dad. After all, I’ve got him to thank for the family jewels. So I ask my best friend and business partner to be my fiancée for the next week. Charlotte’s up for it. She has her own reasons for saying yes to wearing this big rock.

And pretty soon all this playing pretend in public leads to no pretending whatsoever in the bedroom, because she just can’t fake the kind of toe-curling, window-shattering orgasmic cries she makes as I take her to new heights between the sheets.

But I can’t seem to fake that I might be feeling something real for her.

What the fuck have I gotten myself into with this…big rock?

I have to tell you, Lauren out-did herself with Big Rock. Absolute book heaven here folks. It's been awhile since a book has had the perfect blend of cocky, funny and romance. Lauren did a superb job of the male POV. I would compare it to Emma Chase's Tangled male POV....IT WAS THAT GOOD!

"But here’s the secret to success when you possess a much-larger-than-average-size cock. You can’t just wave it around like a big bat."

There were so many laugh-out-loud moments in this book. And Charolette was a hoot too! One of my favorite scenes was right after he had asked her to be his fake fiancé. She tells Spencer that she's a horrible liar, and he needed to tickle her to try and get the truth out of her. If she could pass that test, she would pretend for him.

"Holy shit. She is beyond ticklish. This is epic ticklishness. Her face is all scrunched up, her nose is crinkled, and her mouth is wide open as she laughs ceaselessly."

Big Rock made the top of my 2015 favorite books. Yes it's not out until 2016, but I HAD to include it because ITS THAT DAMN GOOD! After I finished I just kept saying...Dude, that was fucking awesome! So now it's almost to the publishing date and I'll be screaming...READ THIS BOOK!! to everyone of my book friends. Preorder this bad boy, you definitely don't want to miss Spencer and his awesome dick.