One shy lost soul.
One silent lonely heart.
One love to save them both.

Life has never been easy for twenty-year-old Levi Carillo. The youngest of the Carillo boys, Levi is nothing like his older brothers. He isn’t dark in looks or intimidating to everyone he meets. In fact, he’s quite the opposite. Haunted by a crippling shyness and the tragic events of his past, Levi spends his days with his head buried in his books, or training hard for his college football team. Too timid to talk to girls, Levi stays as far away as possible and completely on his own… until he saves the life of a troubled pretty blonde, a troubled pretty blonde that might just be the exception to his rule.

Elsie Hall is homeless. Or at least that’s all anyone ever sees. Everyday is a fight for survival on the cold streets of Seattle, everyday a struggle to find food and keep warm. Alone in life—a life that’s dangerous and cruel—her will to keep going is an ever-losing battle. In her world of silence, Elsie has given up hope that her life will contain anything but constant struggle and pain… until the beautiful boy she has severely wronged comes to her rescue at precisely the right time.

New Adult novel—contains sexual situations and mature topics. Suited for ages 18 and up. 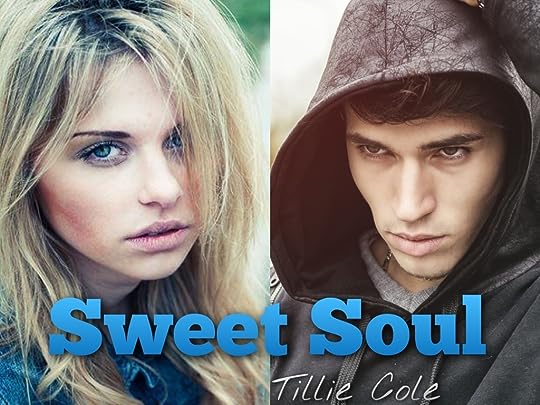 Tillie Cole is one of my favorite authors, and her Carillo brother’s stories are my absolute favorite things she’s written. When I heard the youngest Carillo brother, Levi, was getting his own book, I was ecstatic! Levi is nothing like his two older brothers, we’ve known that from the start. He’s the sweet one of the bunch.

“You are not your brothers, Levi. You are kind and shy, not hard and boisterous, ready to fight the world. You are my quiet baby boy. My sweet, sweet soul.”


Levi’s childhood wasn’t easy. His life growing up was hard. Now, he’s living with Austin and Lexie and playing college ball. Things are better for him, but the’s still not your normal college student. He doesn’t party, doesn’t date, and is very innocent when it comes to all that. He’s not been very interested in anyone… until he meets her. 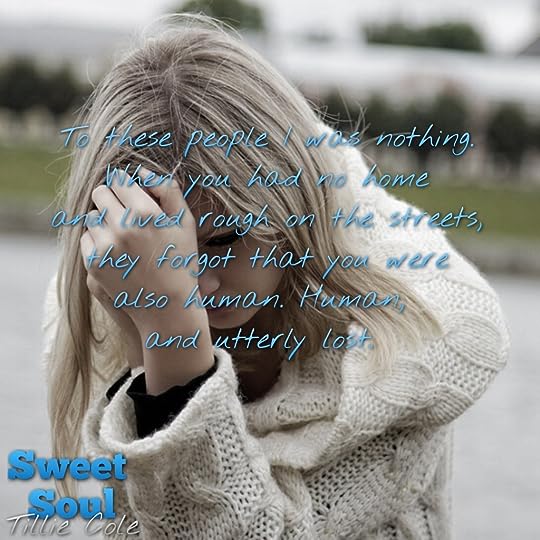 Elsie has had an even worse childhood than Levi. And she’s still living through hell. Things have been hard for her most of her life, but now she’s on the street and alone things are even worse. Then she meets him. Levi Carrilo. The boy with the heart of gold. She has been conditioned to not trust people, to not let anyone get close or let anyone in, but that’s before Levi comes and melts all her defenses.

Beautiful and kind- my mom had always told me there was no such thing. After my life on the streets, after being in that home, I was inclined to agree… until I met this boy. Levi Carillo- the boy with a pure heart. 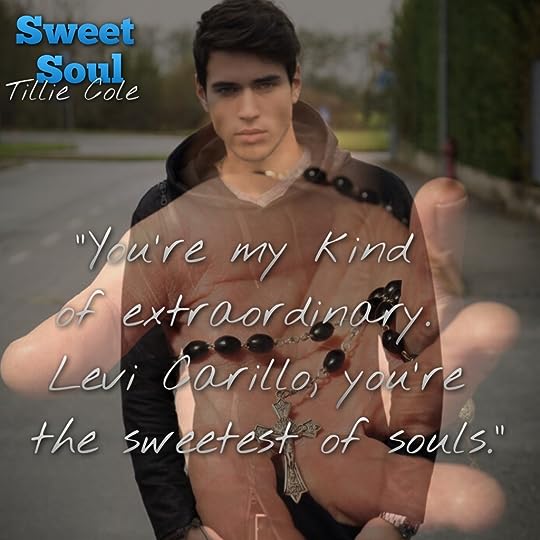 Levi and Elise’s relationship was beautiful. Neither one had been in a real relationship before, so we got to experience all the newness with them. I loved that Levi made it clear from the start that he always wanted Elise safe. He cared for her. Their story is deep. It isn’t a superficial sexy romance, it’s so much more than that. 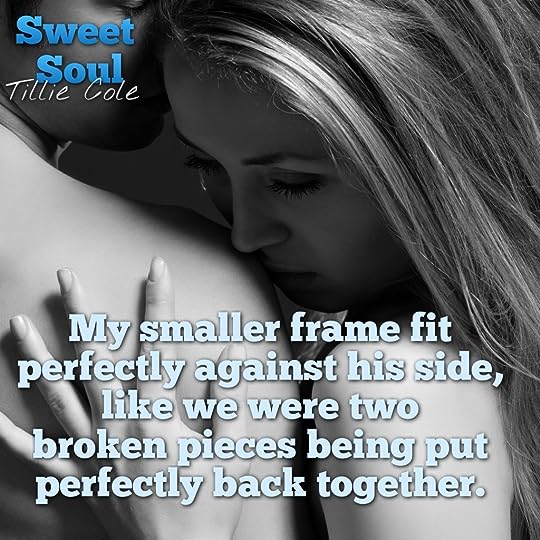 Both Levi and Elise are characters you will love. Levi especially. I know, I know the title says it all. He really is the sweetest, kindest and most gentlest of souls. He’s one of those boys any mother would be proud of and any girl would be lucky to have. When he loves he loves with his entire heart. He’s protective and compassionate. Elsie’s story broke my heart. I was in tears so many times when hearing stories of her past and seeing what she dealt with even now. It takes so much strength to be abel to trust anyone after all she had went through and I’m so happy she put her trust in the right person.

Sweet Soul is not an easy read. There are a lot of heavy moments and I found myself in tears more than once. I am so sad to see this series is over. Words can’t express how much I love these books. Austin, Axel, and Levi Carillo are all such special characters. I love the relationship these three brothers have, and the relationship they have with their women. For those of you who haven’t read this series, I can’t recommend it enough! If you’re looking for a beautiful, heartbreaking, moving and heartwarming romance- pick this one up!!!

He’s brought me the moon. And I’d brought him the shine. 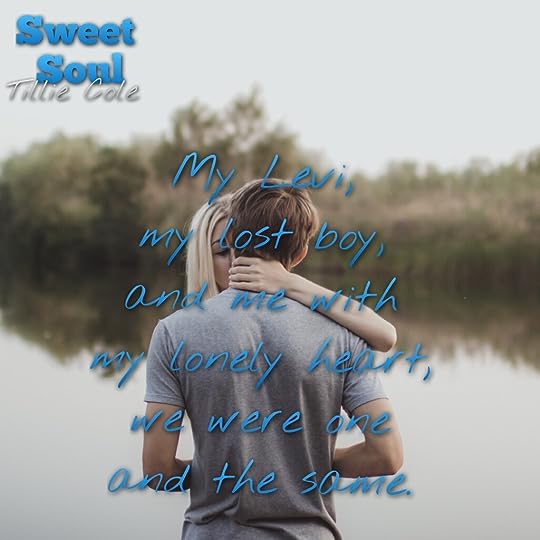 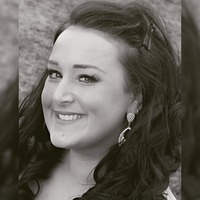 Amazon & USA Today Best Selling Author, Tillie Cole, is a Northern girl through and through. She originates from a place called Teesside on that little but awesomely sunny (okay I exaggerate) Isle called Great Britain. She was brought up surrounded by her English rose mother -- a farmer's daughter, her crazy Scottish father, a savagely sarcastic sister and a multitude of rescue animals and horses.

Being a scary blend of Scottish and English, Tillie embraces both cultures; her English heritage through her love of HP sauce and freshly made Yorkshire Puddings, and her Scottish which is mostly demonstrated by her frighteningly foul-mouthed episodes of pure rage and her much loved dirty jokes.

Having been born and raised as a Teesside Smoggie, Tillie, at age nineteen, moved forty miles north to the 'Toon', Newcastle-Upon-Tyne, where she attended Newcastle University and graduated with a Bachelor of Arts honours degree in Religious Studies. She returned two years later to complete a Post-Graduate Certificate in Teaching High School Social Studies. Tillie, regards Newcastle to be a home from home and enjoyed the Newcastle Geordie way of life for seven 'proper mint' and 'lush' years.

One summers day, after finishing reading her thousandth book on her much loved and treasured Kindle, Tillie turned to her husband and declared, "D'you know, I have a great idea for a story. I could write a book." Several months later, after repeating the same tired line at the close of another completed story, she was scolded by her husband to shut up talking about writing a novel and "just bloody do it!" For the first time in eleven years, Tillie actually took his advice (he is still trying to get over the shock) and immediately set off on a crazy journey, delving deep into her fertile imagination.

Tillie, ever since, has written from the heart. She combines her passion for anything camp and glittery with her love of humour and dark brooding men (most often muscled and tattooed – they’re her weakness!). She also has a serious side (believe it or not!) and loves to immerse herself in the complex study of World Religions, History and Cultural Studies and creates fantasy stories that enable her to thread serious issues and topics into her writing -- yep, there's more to this girl than profanity and sparkles!

After six years of teaching high school Social Studies and following her Professional Rugby Player husband around Europe, they have finally given up their nomadic way of life and settled in Calgary, Alberta where Tillie spends most of her days (and many a late night) lost in a writing euphoria or pursuing a dazzling career as a barrel-racing, tasselled-chap wearing, Stetson-sporting cowgirl... Ye-haw!

Posted by Christy Baldwin at 4:23 AM