Lawless is book three in the King Series
and is Bear and Thia's raw, and gritty tale! 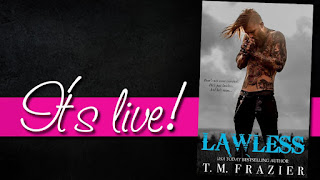 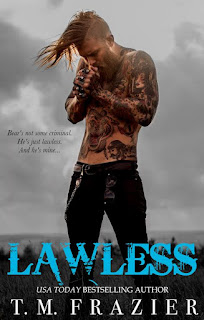 Thia is prim and proper.
Bear is leather and lawless.
It will never work between them.
It's a lie they almost believe. 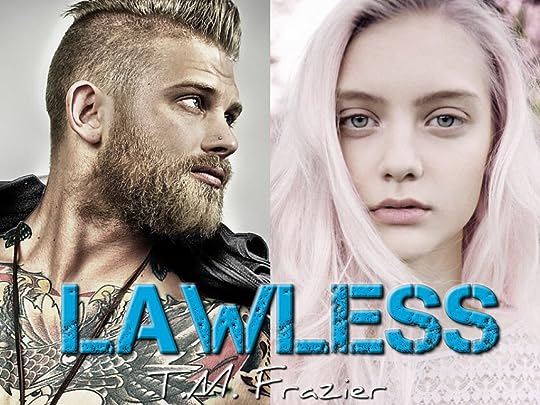 Lawless is the third book in the King series. It’s Bear’s story and I’ve been looking forward to it ever since I met him in King. I loved King and Doe in the first book of this series, but I was honestly most intrigued by the side characters, Preppy and Bear. After reading the prologue of Bears book, I was hooked. I knew I was going to love this story.

Bear didn’t join an MC, he was born into one. His dad is the leader of the local MC and Bear was groomed from a young age. It’s all he knew, and besides King and Preppy, all he cared about. The MC was the most important thing to him… 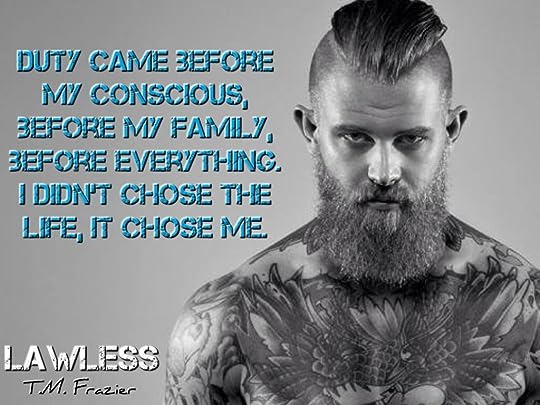 Until it wasn’t. Things changed after he chose someone else over the MC.
The last thing Bear expected while all this is going down is for someone from his past to pop up needing his help. Thia is a girl Bear met years ago when she was just a kid. She helped him out in a big way, so he promised to one day return the favor. Now is that time. She’s desperate after losing everything and everyone that has ever meant anything to her. I love Thia and Bear’s backstory. I had a huge smile on my face while reading it. Their second meeting… it was much different than their first. Bear is not in a good place.

It takes a strong woman to handle someone like Bear. Frazier thrives at writing female leads with strength. Thia may be young at only 18, but the way she grew up, she is more mature than most woman older than her. She may seem fragile, but she’s tough enough to handle Bear. Bear is a character that has some much intensity to him. He’s loyal and he is also lawless. These two wouldn’t seem like a good match, but they compliment each other. Their connection is apparent and their chemistry is high. 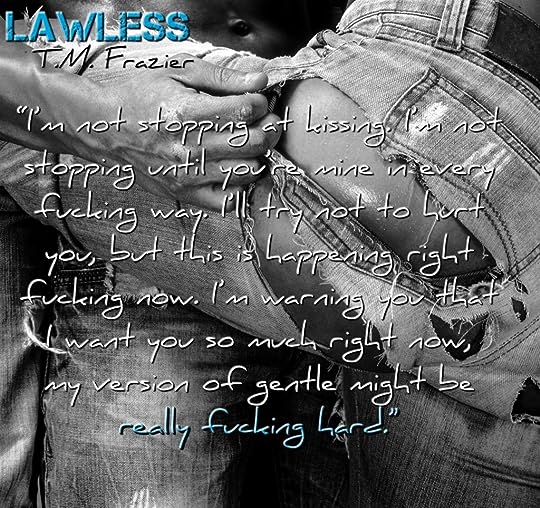 I leaned down and pressed my lips to hers. I was already going to hell. Might as well enjoy the ride.


When you start Lawless be prepared to be sucked in. You won’t want to put it down. It’s real, raw, passionate and dangerous. These characters are beautifully flawed and broken, yet strong. It’s suspenseful, messed up, yet also romantic.

I read my first TM Frazier book over 2 years ago- from the moment I read it, I was hooked. I love her writing style, the gritty stories, the broken- yet strong characters, and the feels I always get when reading her books. If you haven’t read her yet, I can’t recommend these books enough. I would say start with The Dark Light of Day since it’s my favorite of hers and read them all! Lawless is a wonderful addition to this series, and I’m dying for the next one! I mean, that ending… (view spoiler)[Jake FUCKING Dunn!!!!!! (hide spoiler)]

It wasn’t romantic. It wasn’t flowery. But it also wasn’t lies. It was just us. 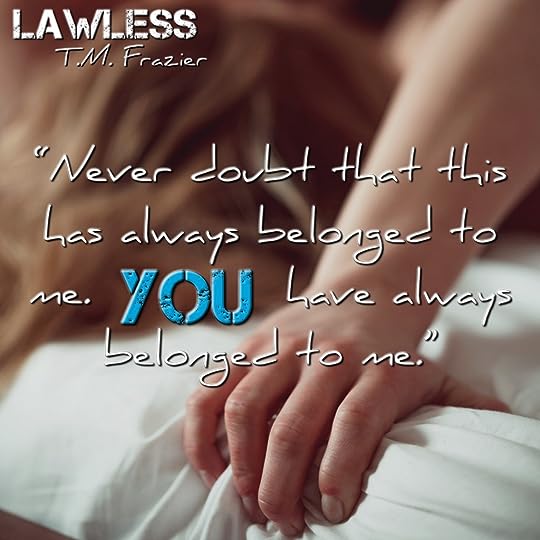 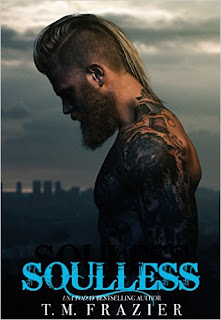 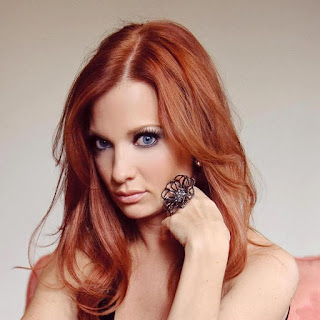 She attended Florida Gulf Coast University where she specialized in public speaking. After years working in real estate and new home construction, she decided it was finally time to stop pushing her dreams to the back burner and pursue writing seriously.

In the third grade she wrote her very first story about a lost hamster. It earned rave reviews from both her teacher and her parents.

It only took her twenty years to start the next one.
It will not be about hamsters.

a Rafflecopter giveaway
Posted by Christy Baldwin at 4:50 AM