Reapers and Bastards an Anthology by Joanna Wylde cover reveal 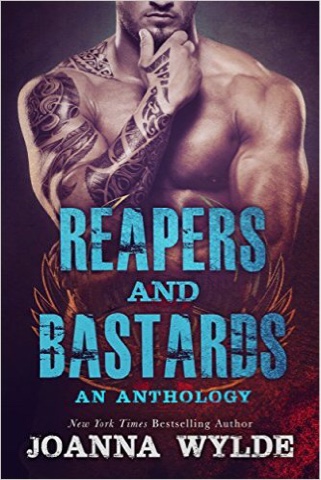 Pre-order this Anthology of short stories

from some of your favorite Bikers!

From the New York Times bestselling author of the Reapers Motorcycle Club and Silver Valley series comes an anthology of extras and never-before-released material, including a new short story featuring fan favorites Horse and Marie.

I first met Riley Boone when I was four years old. We moved to Callup, Idaho after my dad blew out his back and had to go on disability. Boonie’s family lived next to ours. Every afternoon he’d swagger off the school bus after kindergarten like a conquering king. For the first week he ignored me, until I impressed him by climbing nearly thirty feet up in the tree behind his trailer. They had to call the fire department to get me down, but it was worth it to see the respect in his five-year-old eyes. He gave me a worm in honor of my accomplishment. I fell in love. The next day he made me eat the worm and our relationship has been complicated ever since.

(Until now, this novella has been exclusively available in the paperback edition of Silver Bastard.)

Horse and Marie met for the first time in Reaper’s Property. Now experience this moment through his eyes. (Originally available on the author’s website.)

Marie has some BIG news to share with Horse—news that will change both their lives forever….

A prequel to Reaper’s Fall, this story features Painter and Melanie’s first meeting. 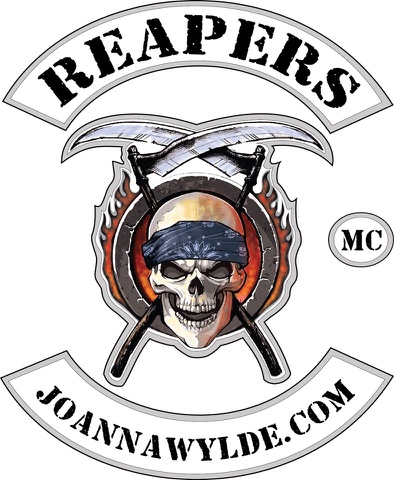 Joanna Wylde is a New York Times bestselling author and creator of the Reapers Motorcycle Club series. She currently lives in Idaho.
Stalk Her: Website | Facebook | Twitter |  Goodreads
Posted by Reanell_lynn at 6:27 PM