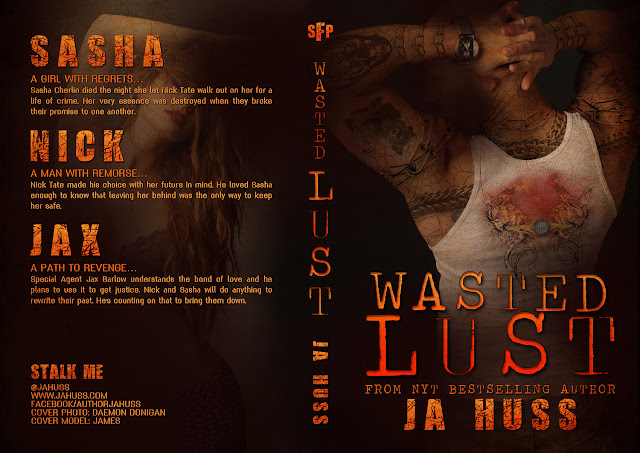 A GIRL WITH REGRETS…

Sasha Cherlin died the night she let Nick Tate walk out on her for a life of crime. Her very essence was destroyed when they broke their promise to one another.

A MAN WITH REMORSE…

Nick Tate made his choice with her future in mind. He loved Sasha enough to know that leaving her behind was the only way to keep her safe.

A PATH TO REVENGE…

Special Agent Jax Barlow understands the bond of love and he plans to use it to get justice. Nick and Sasha will do anything to rewrite their past. He’s counting on that to bring them down.

Wasted Lust is a 321 spin-off, full-length, romantic suspense filled with lies, secrets, and the power of redemption by the New York Times bestselling author, JA Huss. 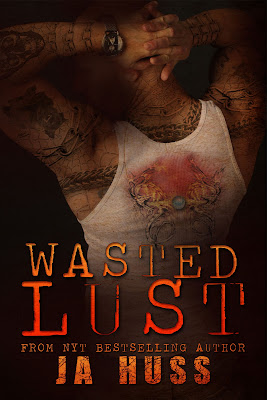 Just some general info about this book and how it relates to the rest of my books:
This is a story about Sasha Cherlin who appears in Slack, Come, Come Back, Coming For You, 321 (unnamed at the very end), and Meet Me In The Dark. It CAN be read as a standalone, but readers should be aware that this book is meant to be “The End” for Sasha and her life in the Company. Wasted Lust occurs ten years after Coming For You, two years after Meet Me In The Dark and AT THE SAME TIME as 321, so it is a parallel book, and although there are no real spoilers for 321 (I was very careful to avoid them) the plots converge in the middle of Wasted Lust. I would consider this to be a traditional romantic suspense and it is not dark.

Posted by Christy Baldwin at 4:31 AM