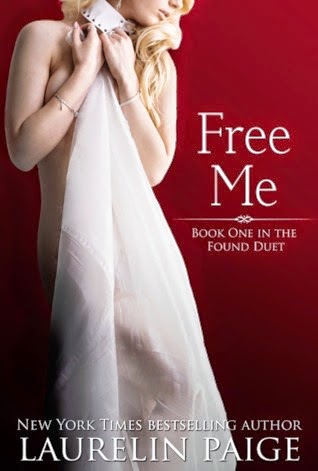 Her story began long before she started working at The Sky Launch...
Screw fairytales. The only reward Gwen Anders got from her rough childhood was a thick skin and hard heart. She’s content with her daily grind managing a top NYC nightclub—Eighty-Eighth Floor. So hers isn’t a happily ever after. She doesn’t believe in those anyway.
Then she meets J.C.
The rich, smooth talking playboy is the sexiest thing that Gwen has ever encountered, but she’s not interested in a night-in-shining latex. But when a family tragedy pushes her to the brink, it’s J.C. who’s there to teach her a new method of survival, one based on following primal urges and desires. His no-strings-attached lessons require her to abandon her constant need for control. Her carefully built walls are obliterated.
Gwen discovers there’s a beautiful world outside her prison. Freedom is exhilarating—and terrifying. When she starts to feel something for J.C., she fears for her heart. Especially as she realizes that he has secrets of his own. Secrets that don't want to set him free.

Free Me by Laurelin Paige
My rating: 4 of 5 stars
4 stars!

Free Me is a spin off story from Laurelin Paige’s Fixed Trilogy. It can be read as a standalone (It was my first book by her, and I had no trouble following). I listened to the audio edition of this book. The narration was good, and the story… HOT! We had a lot of heat, but just enough emotion, suspense and drama to make it a good story too.

Gwen hasn’t had an easy life growing up. Now that she’s older and independent, she makes her own choices and does what she wants. She manages a club, stays single and she’s okay with that. She doesn’t really believe in love… Then she meets JC at her club. A like minded guy who isn’t interested in a relationship, but sex. Just sex. With her. They have an arrangement of sorts. They have rules. The more time they spend together, the easier those rules start to break and Gwen’s walls start to fall.

So what do you do when you’ve promised not to get involved. Promise not to feel for someone… then you do. You start to fall for them. It’s not an easy place for Gwen to be. On top of dealing with her feelings, she’s also dealing with a ton of family drama and trying to find out the secrets JC is obviously hiding from her.

I really loved Gwen’s character- and her sister and brother were great too. JC is a hard one for me. There were times I really did love him, but then… seriously? That ending was just jaw dropping. I couldn’t believe that something like that would happen. It wasn’t even the secrets revealed (which was a part of the story I thought worked well), but what happened… I can’t even go there. All I can say is book 2 can’t come soon enough! I need to know what happens with these two!

If you’re looking for a book with lots of steam, mystery and some romance, this was one I enjoyed. I’m anxious for the next one, thats for sure! 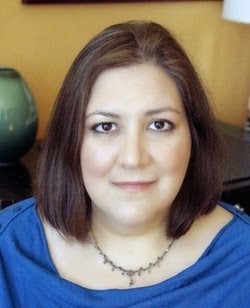 Laurelin Paige is the NY Times and USA Today Bestselling Author of the Fixed Trilogy. She's a sucker for a good romance and gets giddy anytime there's kissing, much to the embarrassment of her three daughters. Her husband doesn't seem to complain, however. When she isn't reading or writing sexy stories, she's probably singing, watching Mad Men and the Walking Dead, or dreaming of Adam Levine.
Laurelin on Facebook: https://www.facebook.com/LaurelinPaige
Laurelin on Twitter: https://twitter.com/laurelinpaige

Posted by Christy Baldwin at 4:17 AM