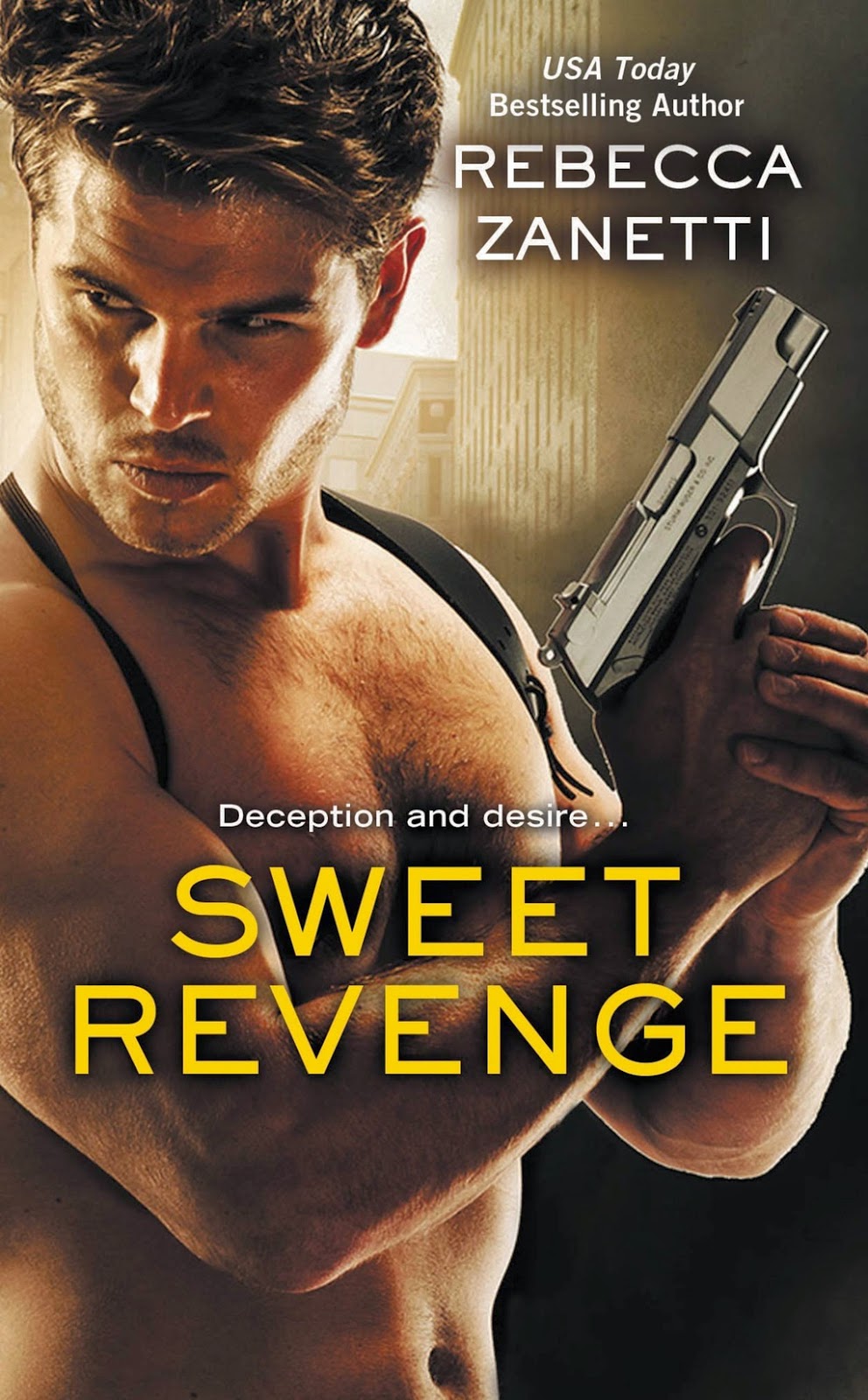 The One Man She Can't Have
Matt Dean was born to fight . . . and kill. A member of a secret black-ops military unit, he and his brothers were genetically engineered by the government to be the perfect soldiers with an expiration date. Now, with time running out, he's gone rogue in a relentless quest for the one person who can save them. His mission leads him to Charmed, Idaho . . . and to a beautiful woman with eyes like emeralds and a body made for pleasure.

The One Woman He Can't Resist
Laney Jacobs knows the mysterious, handsome stranger is trouble from the moment he walks into her bar, looking for a job. She's spent years running from her own past-the last thing she needs is a romantic entanglement. But Matt's strong arms offer her protection and his gentle touch promises passion unlike anything she's ever known. As lethal forces surround them, revealing explosive secrets about Matt's past and putting everything-and everyone-he holds dear in danger, can he save them all before time runs out? 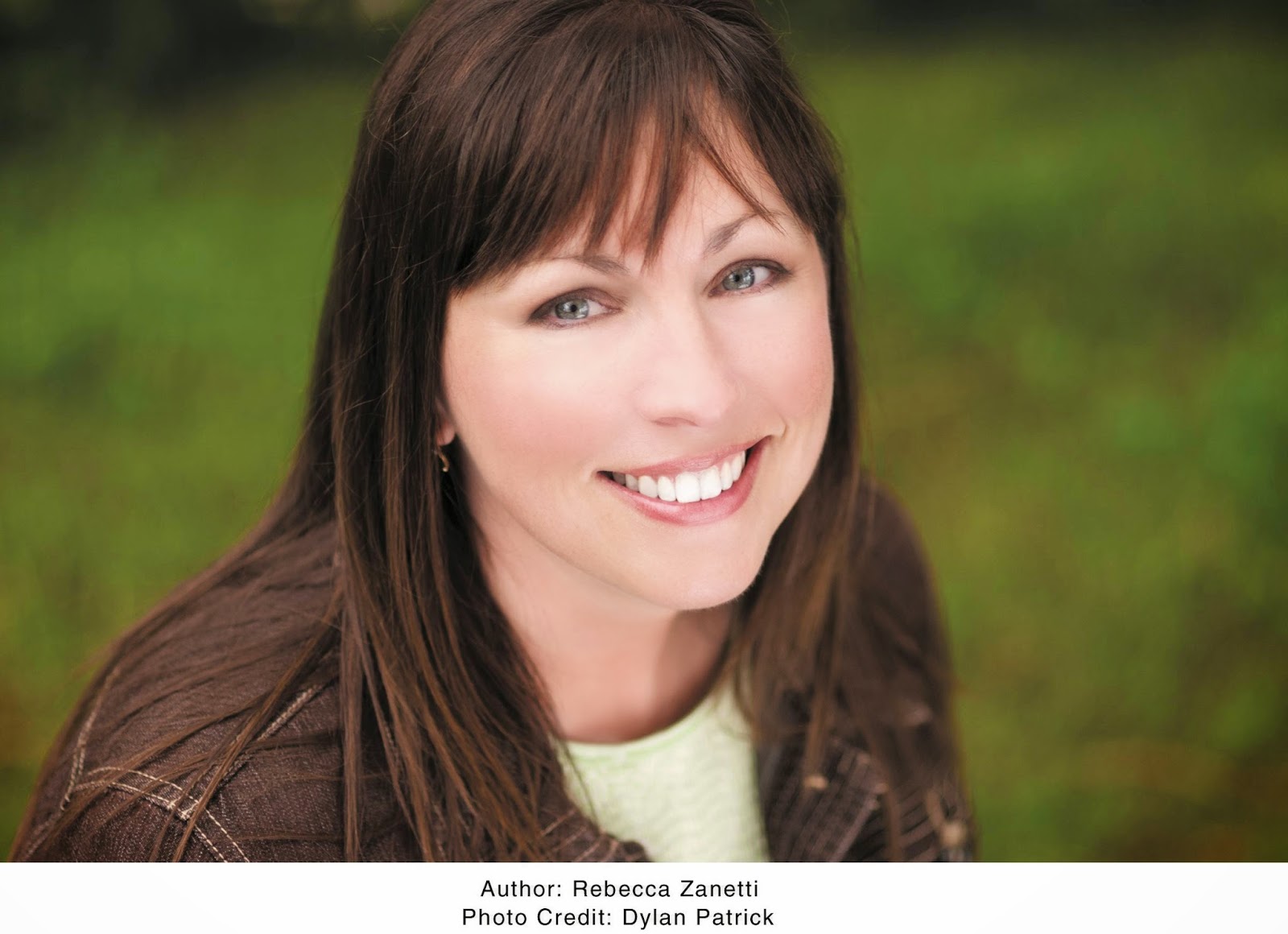 About the author:
New York Times and USA Today bestselling author Rebecca Zanetti has worked as an art curator, Senate aide, lawyer, college professor, and a hearing examiner - only to culminate it all in stories about Alpha males and the women who claim them. She is a member of RWA, has won awards for her works throughout the industry, and has a journalism degree with a poly sci emphasis from Pepperdine University as well as a Juris Doctorate from the University of Idaho.

Growing up amid the glorious backdrops and winter wonderlands of the Pacific Northwest has given Rebecca fantastic scenery and adventures to weave into her stories. She resides in the wild north with her husband, children, and extended family who inspire her every day-or at the very least give her plenty of characters to write about.

Sweet Revenge by Rebecca Zanetti
My rating: 4 of 5 stars

Mattie "he's one of the good guys, whether he knew it or not" a guy who can say "let me play" and you'll want to melt into him! He's "the guy who's going to have you screaming his name within the next hour".

Mattie. Play with me. I'll scream!

This one is HOT! I am so loving this series & this author. The mystery of the story is captivating, the characters are great, the setting is fresh.

**ARC received via NETGALLEY in exchange for an honest review**

Life would be easier if Matt could view the petite bar owner like a family member or even an employer, but as he watched her deliver another pitcher of tea to the women gathered around the table, he realized that was impossible. She laughed at something one of the women said, and his cock hardened. Again.
The woman had spunk, intelligence, and a heart-shaped ass. Of course he wanted her naked and sweating beneath him. That confused as much as irritated him. She was the exact opposite of what he usually looked for in a woman. Temporary, tough, and unemotional worked best, and the idea of being with someone soft and kind scared the shit out of him.
Laney was right to keep him at a distance.
The new phone he’d purchased early that morning buzzed, and he glanced down at his first text message of the day. Nate had texted that he was safe and would check in later. Relief relaxed Matt’s shoulders upon reading that his brother was all right. The guy hadn’t been out on a mission for years, and Matt had been worrying about him. Maybe Nate would finally heal from falling in love and being betrayed.
If anybody could throw a dose of cold water on Matt’s desire to pursue Laney, it’d be hard-assed Nate. He perceived only black and white, danger and safety. There was no safety in seducing Laney… for anybody. She wasn’t the woman Matt needed to find in Charmed.
Plus, as much as the idea turned Matt’s stomach, if he had to seduce the elusive Dr. Peters to secure her help, to save his brothers, he’d do it.
Of course, the family practitioner was the one woman who wasn’t sitting around the table. He’d paid special attention to the coroner and the veterinarian’s assistant, and the vet’s assistant was currently checking him out behind wire-rimmed glasses. Bright eyes showed intelligence and an interesting wariness. He shot her a smile.
Her cheeks pinkened, and she half turned to talk to the woman on her right.
Laney, sitting across from the vet, instantly shot a look his way, delicate eyebrow arched. He met her stare evenly, pleased when her high cheekbones filled with color. The fact that she kept his gaze with challenge in her eyes, even while blushing, pleased him even more. The polite thing to do would be to grant her a reprieve and look away.
Too bad he wasn’t a polite guy.
Laney should learn not to challenge him.
Her chair scraped back, and she muttered something to her friends and then calmly maneuvered around tables toward him, hips swaying… keeping his gaze the entire time. His shoulders went back, and his blood started to hum. Who was this woman so full of surprises?
She reached him, her eyes sparking in irritation. “Would you please stop turning the most successful businesswomen in town into simpering morons?” she whispered.
He blinked. Damn it. He focused down a foot at her irritated face. “What in the world are you talking about?”
Her body remained relaxed, but he could hear her heart thumping, and her expression was quickly transforming into anger. She kept her face angled away from the women at the table. “Stop smiling, stop flirting, and do your job.”
He lowered his face just enough to make her eyes widen. “You sound jealous.”


Ah. There was the fury. “I’m not, you jackass. Keep the charm in your pants, and stop flirting.”

a Rafflecopter giveaway
Posted by Kara Hummel at 10:20 AM